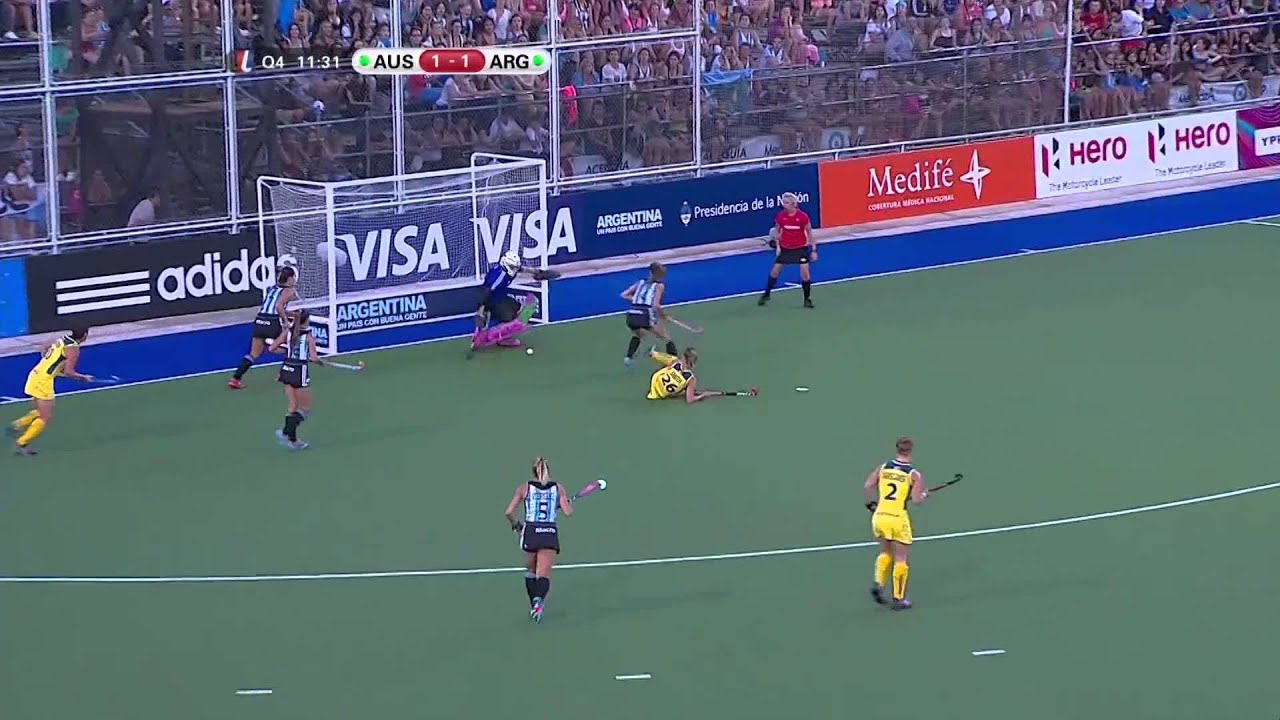 The sides couldn’t be split in the first half with very few chances from either team but the breakthrough eventually came after 35 minutes when Kathryn Slattery finished from close range to give the Hockeyroos a 1-0 lead.

That lead didn’t last long and the hosts were level four minutes later, Florencia Habif firing in from a penalty corner to lift her side and the crowd.

Carla Rebecchi came agonisingly close to snatching victory with less than a minute to go but couldn’t make contact at the back post and the final headed to a shootout.

With Argentina converting their first three and Australia missing two it came to Emily Smith in a must score moment to keep Australia’s hopes alive but in her way was Belen Succi, impressive throughout the match, and she blocked superbly to give victory to Argentina as they lifted the trophy in front of their home fans.

“Welcome to the FIH YouTube Channel where you can watch all the amazing skills, fearless keepers and incredible goals. Subscribe here – http://bit.ly/12FcKAW