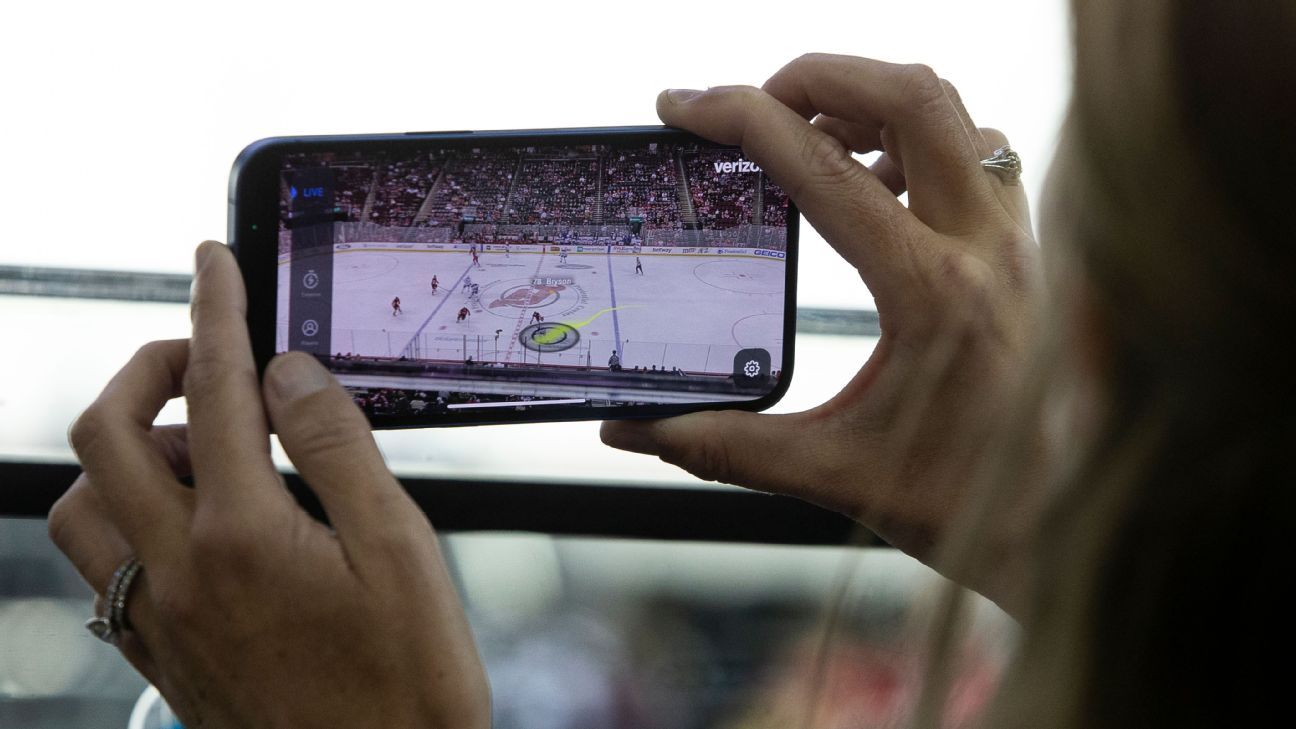 NEWARK, N.J. — While the Buffalo Sabres were playing the New Jersey Devils, their digital avatars were mimicking each move in virtual reality.

Strap on the VR goggles. Touch a button, and you’re watching the game through the eyes of a skater heading in for a shot. Touch it again, and your point of view switches to that of the goaltender attempting to make the save.

Thanks to the NHL’s puck-and-player-tracking technology, it’s in real time and it’s immersive. It’s also delightfully goofy, depending on how the user chooses to view the game. For this one, the Sabres and Devils had the blocky design of characters from Roblox, the globally popular virtual universe.

That’s by design. The tracking technology — called NHL Edge — has multitudes of practical applications, from player assessment to coaching strategy. But the NHL also sees that data as a way to attract younger fans: The ones staring at their mobile-device screens, who see data and customization as ways to stoke their passions about something like hockey.

“How do we create an additive experience for kids at the game? What we want to do is take this experience and add stuff that people never contemplated before,” said Dave Lehanski, the NHL’s executive vice president of business development and innovation. “There’s the in-arena experience, and what we can do to enhance that technology. There’s live-game presentation for everywhere outside of the building, like on your streaming application. And then there’s like the really crazy stuff.”

On April 21, the NHL and its technology partners offered a glimpse at the future of fandom during the Sabres’ visit to Prudential Center. Much of it seemed tailored to tech-savvy Gen Z, which is an audience that NHL commissioner Gary Bettman has long targeted.

Under Bettman, the NHL made its first forays into esports and even created a youth advisory board in 2019 called NHL Power Players. But it was puck-and-player-tracking tech that Bettman has indicated could be something that breaks through to Gen Z. It was hard not to see that potential on display in New Jersey.

The Devils and Sabres traded scoring chances in the first period. The scoreboard recorded the number of goals scored and shots on goal, while a running clock reminded fans how much time remained before intermission. Beyond that, there wasn’t much contextual information on the Jumbotron that told the story of the game.

There was a different story being told on the screen of an iPhone, pointed at the game from a center-ice luxury box. Reality can explain only so much. Augmented reality painted a more complete picture.

“It’s taking the NHL Edge tracking data and allowing fans to overlay it on the actual game as it’s taking place,” Lehanski said.

Point the phone at the ice and the game transforms. Streaks of color follow the puck as it moves around the ice. When there’s a faceoff, the success probabilities between the two players are displayed. Click on a player and get real-time tracking stats like skating speed and on-ice time, which can be represented as percentages in each zone.

“Here, you can actually see the speed of the skater, and it’s tracking him in real time,” said Eric Nagy, director of sports partnerships and innovation for Verizon.

Shots and shot attempts are tracked for each player and team. Click on “attacking heat map,” and blue blotches appear on the ice to represent where a team attempted shots when a specific player was on the ice, which can then be focused into that player’s own chances. A “defending heat map” can show where a player was located on-ice during opponents’ offensive chances. 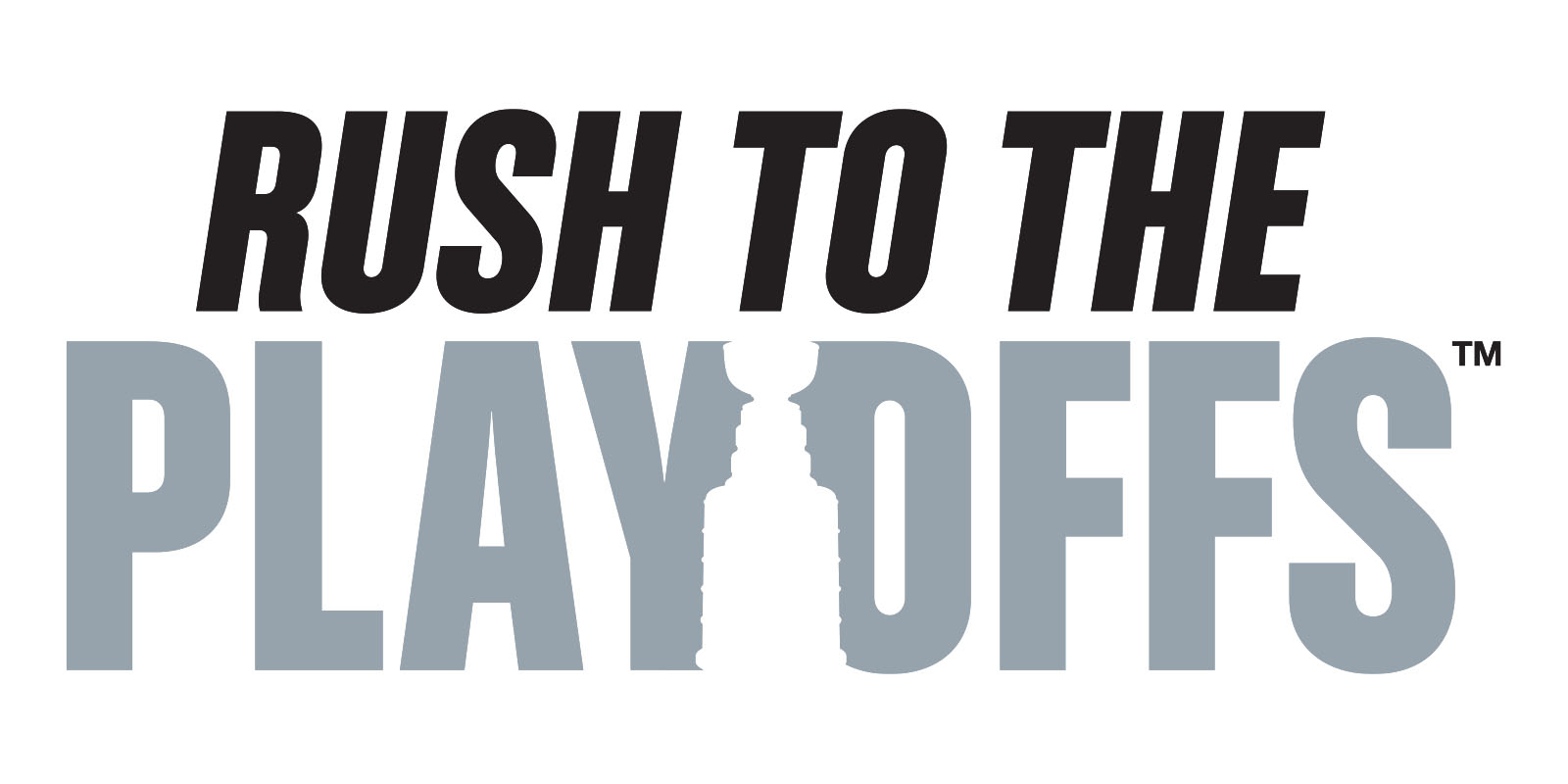 The 2021-22 NHL season is winding down towards the final day on April 29. Catch all the playoff races live on ESPN, ESPN+, ABC and Hulu.
• How to watch
• Subscribe to ESPN+
• Stream the NHL on ESPN

There are real-time tracking stats available for every player on the roster, ranging from average ice time to average skating speed. There’s also a section for video highlights, which are updated during the game.

It’s the kind of trivia and data that could keep fans clicking away during live action in the arena, while watching an enhanced version of the game.

The AR is created in partnership with Immersiv, Verizon and the NHL. The anticipation is that it will be available inside arenas in the near future for fans to view on their iPhones. But the ultimate goal is to incorporate the AR into wearable technology like Nreal glasses and other innovations.

“If you’re a season-ticket holder and you show up at your suite 41 nights a year, there should be 16 seats, 16 pairs of glasses, pop them on if you want, and you can get that experience,” Lehanski said.

Watching Sabres forward Kyle Okposo barreling in on a forecheck is enough to make one flinch, even if it’s happening inside virtual reality headgear.

Beyond Sports is behind the real-time digital recreation of NHL games, helping to fulfill one of the long-range goals of puck and player tracking: The ability to enter a 3-D environment and view a play from all angles. It’s something Beyond Sports had already created for professional soccer matches and is perfecting for the NHL thanks to the real-time tracking data.

On display at the Sabres-Devils game were two examples of the VR tech. There was the immersive experience for those wearing an Oculus headset, making one feel like they were on the ice or peering down from the top of the arena. But there was also a 2-D digital recreation of the action, with blocky “Roblox”-like players. The NHL sees the latter as something that could be used as an alternative stream to a live game — something young fans might watch on Twitch, where the virtual action is augmented with things like exploding nets when a goal is scored.

Lehanski sees the VR experience as an entry point for the NHL into the Metaverse, a network of 3D virtual worlds focused on social interaction.

“Most people look at it and are like, ‘it’s VR … I put the goggles on and I can look at the game however I want.’ But that’s not really it,” he said. “What it’s really about is the 2-D experience that you saw on the screen. Roblox is the example, because it looks like that. But that’s how we get the NHL into Roblox, and all of these Metaverse opportunities.”

Lehanski envisions something like this: a young gamer is playing Roblox. There’s a game where they have to climb up a snow-covered mountain. Upon reaching the top, there’s a virtual stream of the NHL’s Winter Classic playing out.

The common thread through much of his technology: The NHL wants to make things that present hockey in ways that speak to Gen Z.

So why not an entire broadcast that accomplishes that?

For example, the NFL successfully broadcasted games on Nickelodeon. While the NHL might not be skating through virtual slime fountains anytime soon, it could eventually attempt something in that tradition. The problem, such as it is: The infrastructure needed to pull off a broadcast.

The solution, according to NHL partner Vizrt: Cloud-based production of alternate feeds for games, that can be created by three people in different locations, none of them on-site.

Using AWS and the Cloud, an alternative feed for the Sabres vs. Devils game was created by a producer in the NHL offices in Hudson Yards in New York, one at an Airbnb in Hermosa Beach, California, and one creating game-analysis clips inside of a house in Toronto. Game graphics were created through AI, from information in the Cloud.

“We really believe this is the future of production, and we want to show that it’s available today,” said Kevin Bovet of Vizrt. “You can create as many feeds as you want. You can even mix in hand-held cameras from fans sitting in premium seats.”

Lehanski said that nimbleness could allow the NHL to create a youth-oriented broadcast.

“Instead of needing three trucks for one broadcast, let’s get rid of all the infrastructure. We want to produce five broadcasts. We need more creators. There’s a kids’ broadcast, a betting broadcast, a stats broadcast. That’s what we want to do.”

At the final buzzer, the Sabres celebrated a 5-2 victory over New Jersey. Young Devils fans wearing Jack Hughes jerseys walked through the concourse into the night.

Upstairs, iPhones and tablets and VR headgear were being packed up, having displayed ways to get those fans excited to return to the arena — and ways to get their friends excited about the NHL, too.

Canucks’ Goaltending Is the One Area That Doesn’t Need to Be Addressed
Miromanov leaving impression on road to NHL
Is this just the start of an Avalanche dynasty?
Bowness named GM of B-Sens
Chaulk to remain head coach of Condors