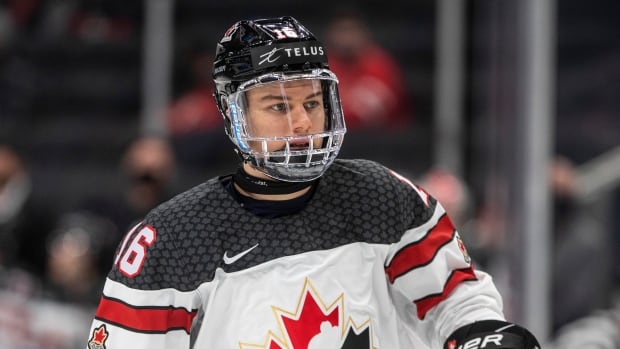 Joakim Kemell scored in overtime to complete a hat trick, and Finland came back to beat Canada 6-5 in quarter-final action Thursday at the world men’s under-18 hockey championship.

Canada looked to be in control when Connor Bedard scored his second goal of the game midway through the third period to put Canada up 5-3.

Finland, however, forced overtime with a pair of late goals. Aleksanteri Kaskimaki scored with four minutes 17 seconds remaining in regulation to cut Canada’s lead to 5-4, and Kasper Halttunen tied it with a power-play goal with 1:43 left.

Canada came into this year’s tournament in Kaufbeuren and Landshut — located in the German province of Bavaria — as the defending U18 champion.

But a title defence was far from a given. Canada is traditionally not as dominant at the International Ice Hockey Federation-sanctioned event, as it is held at the same time as the playoffs in the three major junior leagues.

Canada has 22 gold medals at the Hlinka Gretzky Cup, a U18 event held during the major junior off-season that is not sanctioned by the IIHF, compared to four titles at the world U18 championship.

The 16-year-old Bedard, an early favourite to be selected first overall at the 2023 NHL draft, was the only returning player from Canada’s 2021 championship team.

Tommi Mannisto had the other goal for Finland. Topias Leinonen stopped 24-of-29 shots in the Finnish goal.