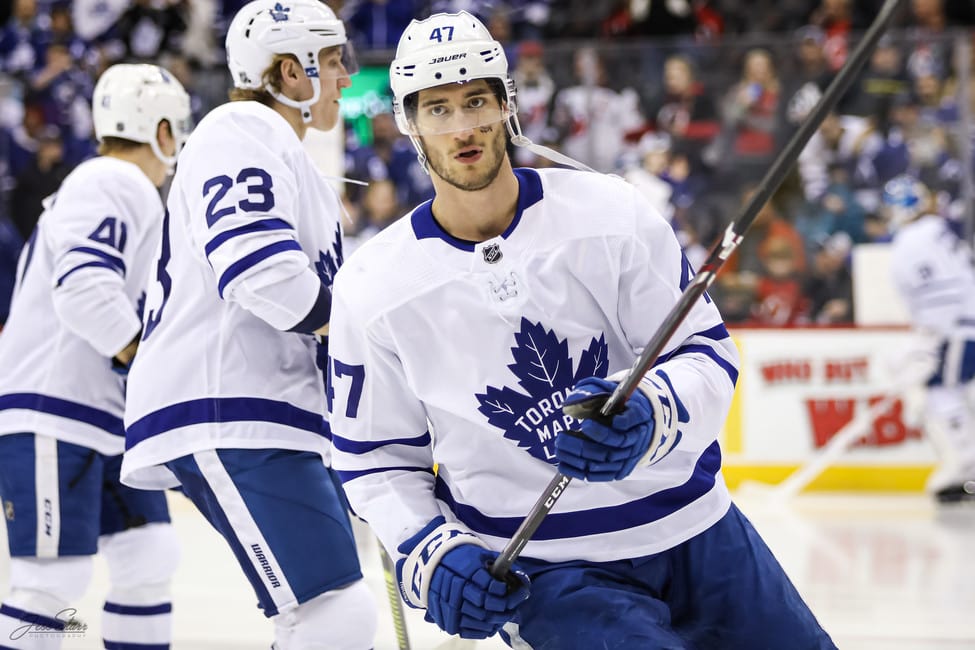 Every Toronto Maple Leafs’ fan remembers the pain of the team’s first-round exit at the hands of the Montreal Canadiens last season. It marked the fifth season in a row where the Maple Leafs were eliminated in the first round. At the end of last season, many fans were calling for the dismantling of the Maple Leafs’ core following that devastating loss.

In the Face of Maple Leafs’ Disappointment, Changes Were Made

However, in the face of such disparagement, both Maple Leafs’ general manager Kyle Dubas and President Brendan Shanahan reaffirmed their confidence in the core. Dubas then proceeded to make changes to the supporting cast surrounding the core.

In the offseason, and more recently before and at the trade deadline, Dubas made a number of moves in an effort to bolster the forwards, defensive, and goaltending depth of the team. Has he succeeded?

As the Maple Leafs prepare for the first round of the 2021-22 edition of the Stanley Cup Playoffs, we wanted to look at the team in three areas – the forwards, the defensemen, and the goaltenders to compare the 2021-22 version of this team to the 2020-21 version. In this post, we’ll concentrate on changes that occurred with the forwards.

Looking at the Returning Forwards

Of those nine forwards, six have put together their personal best seasons ever. Those same six forwards are between the ages of 24 and 27. They are either at the beginning or in the middle of their prime years.

Related: How Much Do Players Get Paid in the Playoffs?

Spezza and Simmonds, on the other hand, are at the twilight of their careers. Neither player is close to what they were in their prime. That said, both had excellent playoffs last season and we expect them to be motivated this year. Spezza, after only scoring two points in his previous 20 games, scored points in four of his last five games and appears to be stepping his game up at the right moment.

John Tavares Is the Outlier on this Maple Leafs’ Team

That leaves the 31-year-old Tavares as the outlier. While Tavares’ age suggests he’s past his prime, if we compare his output this season to his career averages we see the following:

Tavares is down slightly in goals per game, but he’s up slightly in assists per game. The result is that his production is spot on his career average.

While we have included Tavares with the other returning players, in reality, he only played two minutes and 53 seconds of the playoffs last season. Just having him healthy this season is a massive bonus for the Maple Leafs.

There is an also unmeasurable intangible in regard to the returning forwards. After the Game 7 loss to the Canadiens, anyone who’s watched the “All or Nothing” TV series that chronicled the Maple Leafs’ playoff drive (or stall) knows how devastated the players were. That has to be a great motivation for the returning players.

Whether it was because of that loss or because Maple Leafs’ management didn’t bring in more veteran forwards to lead and mentor Matthews and Marner, this is “their” team now. They are the leaders. They are two of the team’s seasoned veterans.

We think it’s safe to say that six of the returning forwards are better players this season than they were a year ago. They are also considerably more motivated. A seventh player (Tavares) has been one of the NHL’s best players throughout his career and is showing no signs of slowing down. The other two (Spezza and Simmonds) have to be equally motivated. This could be their final chance to win a Stanley Cup.

Last season Zach Hyman missed the last 14 games of the regular season due to a lower-body injury that was assumed to be a knee injury. He returned for the playoffs and played all seven games, but he was obviously not 100 percent.

Joe Thornton had a total of one point (a goal) in the seven postseason games he played. He averaged 10:51 of ice time, but only averaged 7:48 TOI at five-on-five. It’s safe to say he was ineffective in the playoffs for the Maple Leafs.

Alex Galchenyuk was the most productive of the six players who didn’t return. He scored a goal and added three assists for a total of four points in six playoff games. He was the fifth-highest scoring player for the Maple Leafs during in the postseason. However, he only averaged 11:33 TOI, which shows how much Sheldon Keefe felt he could depend on him.

Galchenyuk will be most remembered for his turnover in overtime that cost the Maple Leafs Game 6 in the series versus the Canadiens.

The Maple Leafs gave up a first-round pick and two fourth-round picks to acquire Nick Foligno and fit him under the salary cap. The problem with Foligno was that he came with a wonky back. He was limited to four games in the series with the Canadiens and contributed a total of one assist.

Adam Brooks and Riley Nash each played two games in the playoffs. Brooks averaged 9:57 of ice time while Nash averaged 9:56. Neither player had any points. Collectively the six non-returning players scored seven points in the 2021 playoffs, with Galchenyuk getting four of those points.

Where the Maple Leafs Stand Right Now at the Forward Position

When comparing the contingent of forwards the Maple Leafs had last season who did not return to the players that have replaced them, if this group were 100 percent healthy there would be no comparison. This season’s group of forwards is head and shoulders better than last season’s group.

This group is also on average three full years younger. Three of the six players who left were 30 or older; and, one was 40 years old. The oldest player amongst this season’s additions this season is 28.

Injuries to Kase and Bunting may knock the effectiveness of this group down a notch but we still think it is an overall improvement.