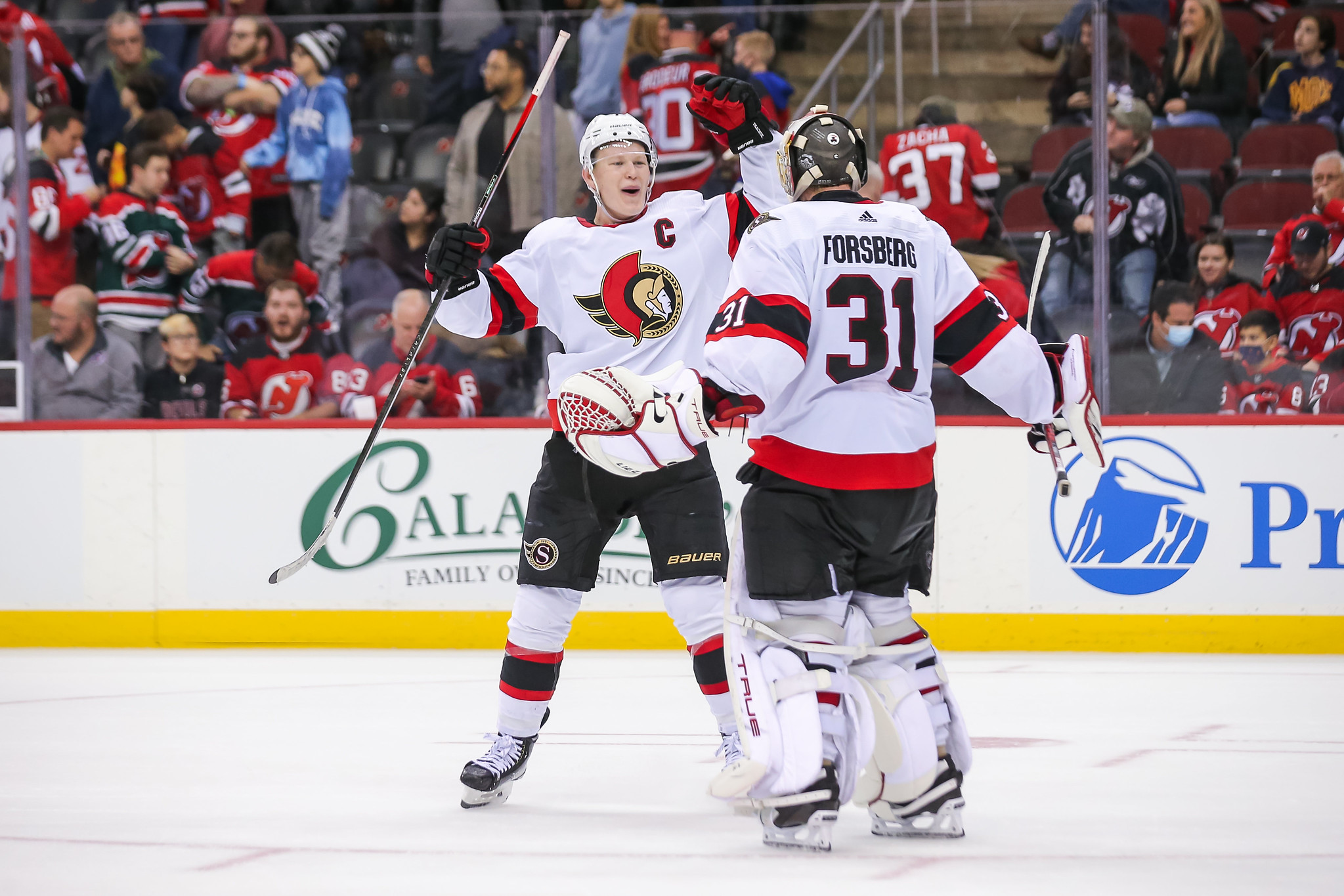 In this edition of “NHL Talk,” these are the top hockey stories with quotes from players, coaches, managers, and more. Check Tom Pepper’s profile every day for a new edition of the “NHL Talk” column.

The Pittsburgh Penguins locked in its first-round matchup with the New York Rangers in a 5-3 win against the Columbus Blue Jackets on Friday. Pittsburgh finished third in the Metropolitan Division with a 46-25-11 record, three points ahead of the Washington Capitals and seven points behind New York. The Penguins and Rangers will drop the puck on Round 1 in New York on Tuesday.

“We’re going to play the game that gives us the best chance to win,” Penguins head coach Mike Sullivan said. “That’s what we’ve tried to do all year long. We’ll certainly go to work here over the next couple of days and see if there’s anything we can do to be better against the Rangers.”

Bruins Get Ready to Face-Off Against Hurricanes in Round 1

The Boston Bruins are getting ready for its first-round matchup against the Carolina Hurricanes after losing 5-2 at the Toronto Maple Leafs on Friday. The Bruins were playing for a chance to take on the Maple Leafs in Round 1, but ultimately ended up with the Hurricanes as its opening-round opponent. The Bruins and Hurricanes will begin its series in Carolina on Monday.

“We expect Carolina to be a difficult opponent,” Bruins head coach Bruce Cassidy said. “They press, they’re a great skating team, they check well. But we feel we can do the same things, so it should be a great series. … A little bit is puck management and playing behind them because they like to press up and then winning some races. You don’t have to win them all, but you have to win your share and you’ve got to defend well against them.”

The Montreal Canadiens finished its season strong with a 10-2 blowout victory against the Florida Panthers on Friday. It marked Canadiens goaltender Carey Price‘s first win since Game 4 of the 2021 Stanley Cup Finals, and was the 700th start of his NHL career. Montreal looks to continue its rebuild in the offseason and give its fans hope for a bright future.

“The support the fans have given us this year through a tough season, and a franchise that has so much success, and the fact that they can encourage us and support us through some tougher times, it’s much appreciated for sure,” Canadiens head coach Martin St. Louis said. “And I felt tonight it was our way of saying thank you. I think we owed it to them to finish strong and we did.”

Ottawa Senators forward Brady Tkachuk tallied his 30th goal of the season in a 4-2 win at the Philadelphia Flyers on Friday. It marked the first time Tkachuk had reached the 30-goal mark, in a season that saw him set career-highs in points (67), goals, and assists (37). His 67 points are the most scored by a Senators forward since Jason Spezza recorded 84 points (34 goals, 50 assists) in 2011-12.

“That was a goal of mine going into this year,” Tkachuk said. “I wanted to prove to myself and everybody else that I could do that. I wouldn’t have been able to do that with my linemates, teammates and everyone pushing in the right direction. Just nice to see the hard work pay off.”

Lightning Gain Momentum Heading Into Round 1 Against Maple Leafs

The Tampa Bay Lightning gained momentum heading into its first-round matchup with the Maple Leafs in a 6-4 win at the New York Islanders on Friday. Lightning forward Steven Stamkos scored three goals in the game for the 10th hat trick of his NHL career. Tampa Bay will begin its run for a third consecutive Stanley Cup championship in Toronto on Monday.

“Anytime you can finish the season on a high…we talked about going out and playing a good third period and trying to gain some momentum heading into the playoffs,” Stamkos said. “That was a good response by our group and it’s always nice to feel good heading into the fun part of the season.”

The Anaheim Ducks got some extra entertainment in its final game of the season, a 4-2 loss at the Dallas Stars on Friday. After Ducks goaltenders John Gibson and Anthony Stolarz left the game with injuries, emergency backup goaltender Tom Hodges was called upon to take control of the crease for Anaheim’s final period of the season. On a night he will likely cherish for the rest of his life, he made two saves on three shots.

“When I got the call, that ‘hey, you’re actually going to have to go out’ — because it was 50-50 there for a little bit — I was probably about as nervous as I’ve ever been,” Hodges said. “I’ve never played in front of so many people. Experience of a lifetime, and something I’m going to remember for the rest of my life for sure.”

The Seattle Kraken earned a shutout in the final home game of its inaugural season, a 3-0 win against the San Jose Sharks on Friday. It marked the first shutout at home in Kraken franchise history and the fifth shutout of Chris Driedger’s NHL career, stopping all 24 shots he faced in the game. Seattle will close out its first-ever season at the Winnipeg Jets on Sunday.

“I thought it was super loud,” Kraken forward Yanni Gourde said. “The cheering in tonight’s game, it was amazing, the energy in the building and after was phenomenal. They’ve been great to us the whole season and we really appreciate the support. Even for some times when it was tough and some tough losses. … they stuck with it and they stuck with us, and they were amazing tonight again.”

Tom Pepper is a columnist at The Hockey Writers since June 2020. He writes the “NHL Talk” column every day and Anaheim Ducks features every week.