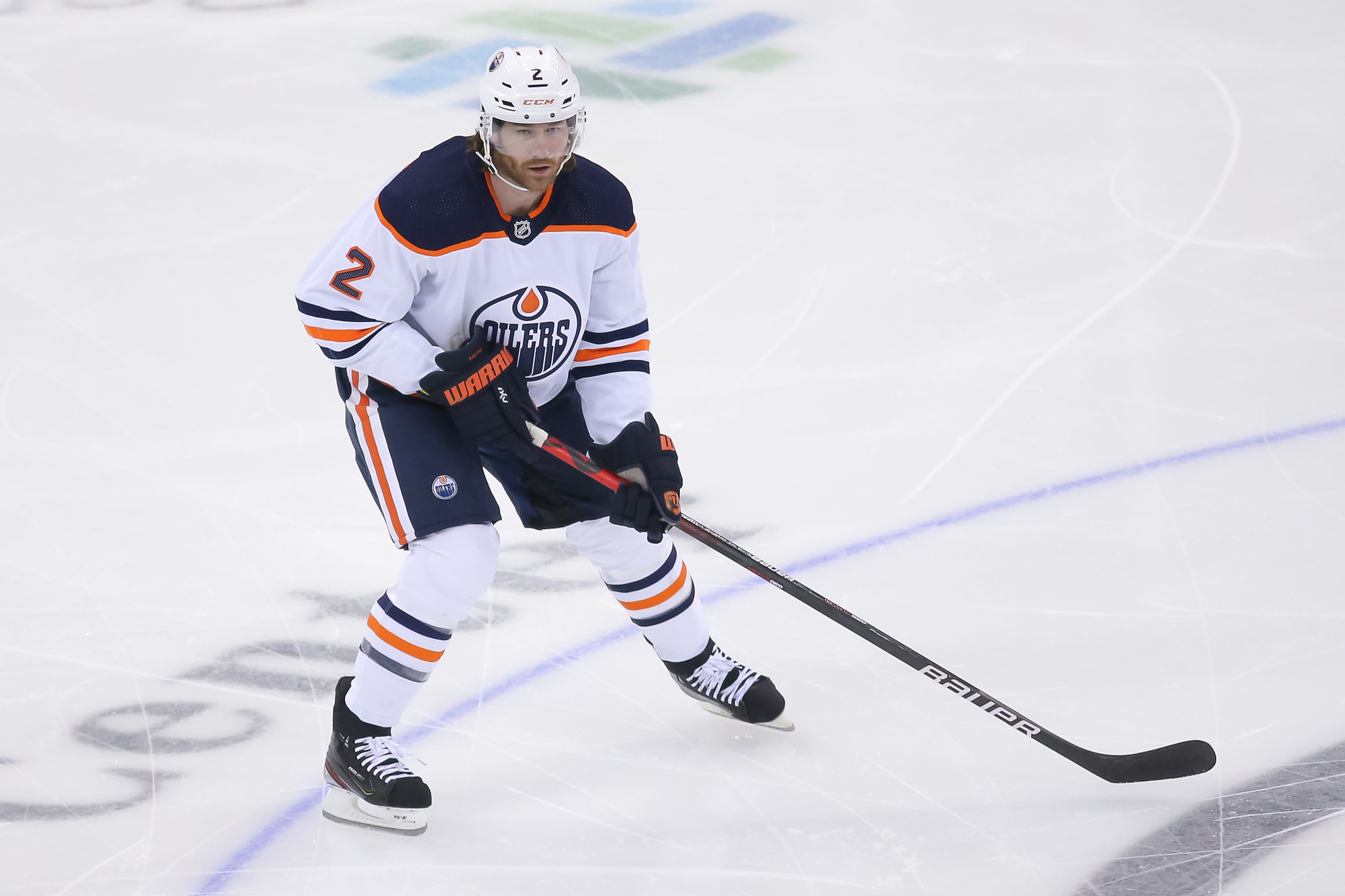 The Edmonton Oilers winning their first-round series will likely hinge on the performances of the most obvious stars. If Connor McDavid and Leon Draisaitl struggle, so will the Oilers. If Mike Smtih doesn’t play well in goal, this could be a long series.

If Darnell Nurse isn’t healthy and can’t be relied upon to play big minutes, the other blueliners will be stretched thin. The big names need to have a big series; the reality of Oilers’ overall attack. The playoffs are also about unsung heroes and surprising names who step up, in much the same way Fernando Pisano — 14 goals and 18 points in 24 games — during the Oilers’ run to the Stanley Cup Final in 2006.

Are there any Oilers who have a Pisnai-like run in them? Can a few overlooked names play a major factor?

A player who may likely be playing his final season with the Oilers, these playoffs are a chance for Tyson Barrie to show he can be productive in a slightly lesser role. Playing on the bottom pair with Brett Kulak, Barrie may also quarterback the first-unit power play based on how his head coach Jay Woodcroft chooses to deploy Evan Bouchard in Bouchard’s first playoff round.

Barrie can be streaky, but when he’s on his game, he’s extremely useful and the Oilers understand how deadly he can be on offense. A legitimate puck-mover, his effectiveness on the man advantage will be important if the officials choose to actually call penalties. He finished the season with four points in four games. Hopefully, he can stay hot.

A polarizing player who has strong underlying numbers, Jesse Puljujarvi has the ability to change the game if he starts finishing on the scoring chances he gets and creates. He’s struggled to get a handle on his chances, but like Kailer Yamamoto who came on strong towards the end of the season, if Puljujarvi gets hot, he’s another threat teams will have to contend with, opening up space for McDavid.

The game plan for teams will be to limit McDavid’s opportunities. If they over-focus on the captain, The Bison King will get open looks, It will be imperative he capitalizes on them. There would be no better time for Puljujarvi to go on a run than this season’s playoffs. He’s getting the opportunity and he’s doing some really good things with the time he’s given, but he needs to start potting a few.

Often overlooked, Zack Kassian is still on this Oilers roster for a reason. He’s the kind of forward you want on your team when the playoffs get underway. In a grittier game with fewer infractions that get called, he needs to step up and set a tone early. The Kings are a big and rugged team that can’t be allowed to dictate the pace with their physical play. Woodcroft should make it clear there is an expectation in the way Kassian approaches each game. It’s time to earn your money, while not taking bad penalties.

A speedy forward who can be used in many situations, don’t underestimate what Ryan McLeod could possibly offer in a series. He creates chances with this speed, enters the zone on the second-unit power play, and kills penalties as well as anyone on the roster. So too, in the unfortunate circumstance that an injury occurs, he’ll be tasked to take a major step up in assignments.

McLeod is essentially Woodcroft’s utility knife on this roster but he’s also getting a shot on the third line where the Kings don’t really have shut down center if Anze Kopitar and Philip Danault are deployed in the first two spots. Woodcroft knows how good McLeod can be more than anyone.

The most experienced playoff performer on this roster (no one else is even close), the playoffs are one of the big reasons GM Ken Holland felt comfortable overpaying for Duncan Keith, who fans should admit has been better and more consistent than expected. Keith needs to bring his vast playoff acumen (135 games) to this team, settle everyone down at times when things get hairy, and keep the locker room in the right frame of mind.

Keith’s contributions may not be as noticeable on the ice, but that’s a good thing. If his mistakes can’t be pointed out or identified, that’s ideal. If he adds an assist or two and pots a goal, that’s just icing on the cake. It’s his leadership and experience that will really count.