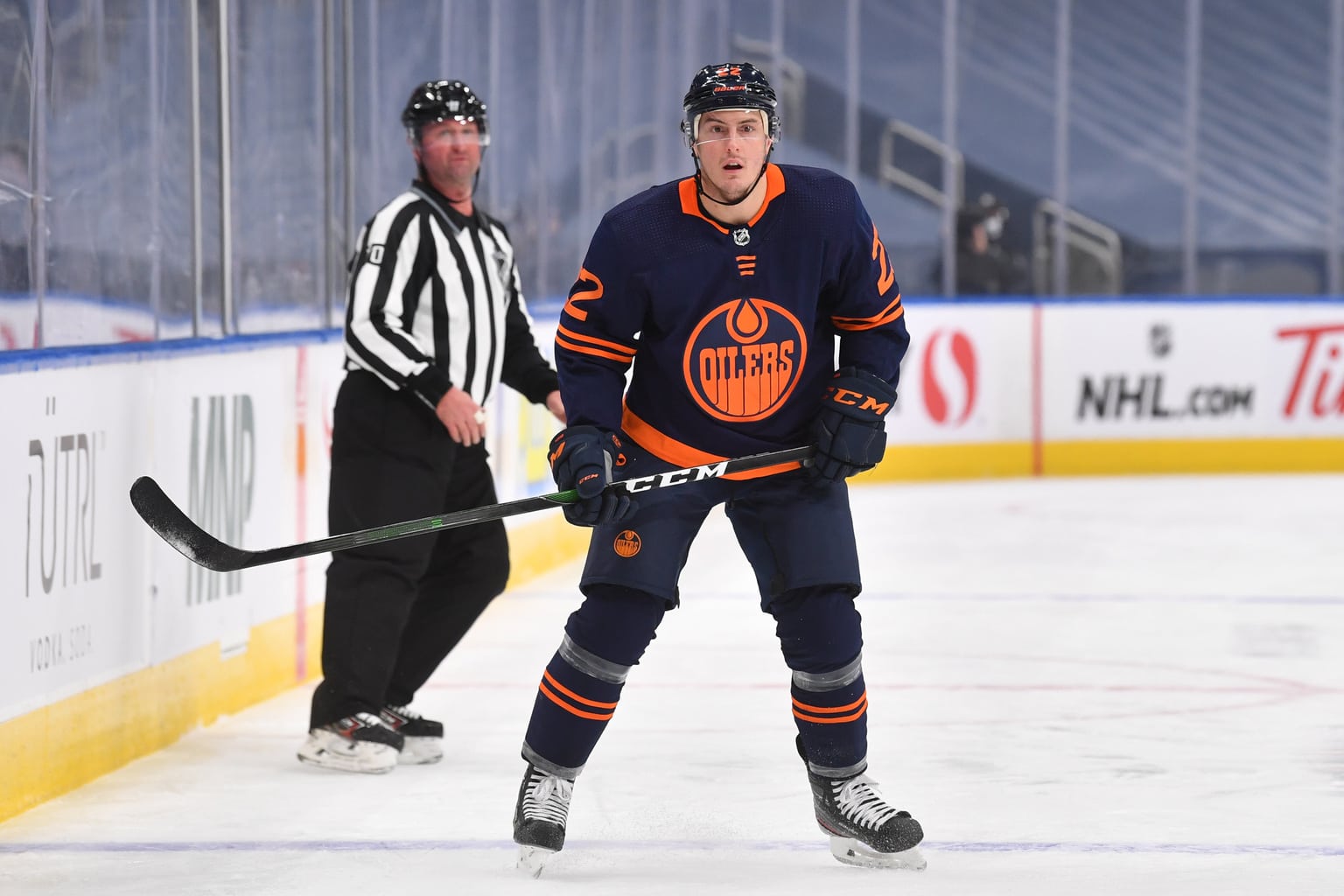 I may be getting ahead of myself by mentioning the offseason, but the playoffs are the last games of the season for the Edmonton Oilers before they have many decisions to make about the future of their roster. We’ve seen what every player can do during the regular season, but the playoffs is a whole new game where some individuals thrive, while others struggle.

The interest here is which players are the possible offseason trade candidates and how they would raise their trade value. They would be Tyson Barrie and Zack Kassian. Of course, both of these players won’t be trying to play well to help out the Oilers in trading them. It’s likely they both believe they belong with the team and will play out their contracts with Edmonton. But the Oilers are lacking cap space and tough decisions will have to be made during the summer.

Oilers Have to Move Barrie & Kassian in the Offseason

The Oilers are going to be in a tight spot cap-wise in the offseason. They have a few free agents on their roster that they will want to sign and they all deserve pay raises. These players include Evander Kane, Jesse Puljujarvi, Kailer Yamamoto, and Ryan McLeod. Three of the four are top-six wingers while McLeod is very versatile and is the first player elevated when someone is injured. They can’t afford to be paying a fourth-line player $3.2 million to do part of a job Kane can do by himself while putting up over a 0.5 goals per game.

As for the defence, Darnell Nurse’s new contract will come into effect next season, which sees him get a $3.65 million increase per season. They are also paying Duncan Keith too much despite a solid season from the veteran, but he also has a no-movement clause and one year remaining on his deal as opposed to Barrie’s two years.

Evan Bouchard has burst onto the scene this season and recorded 12 goals and 43 points. He is playing on the second line, which is higher then Barrie is and making $863,333 on his entry-level deal. With the offensive ability Bouchard possesses, he can already play the point on the power play, so paying Barrie to do the same job in a lesser role is a bad use of much-needed cap space. Philip Broberg is also pushing for a spot on the Oilers’ roster and even got a call-up ahead of playoffs. Trading Barrie this offseason can maximize their return if he continues to play well while he still has two years left on his deal.

Both Barrie and Kassian are valuable for what they can bring to any team. Scoring on the back end is hard to come by for a number of teams, especially someone who excels on the power play. While a tough and physical game from a bottom-six player with the potential to get on the scoresheet in terms of points is very valuable in the playoffs.

Starting with Barrie, he has already improved his overall play by a lot since the Oilers brought in Brett Kulak at the deadline. The team has also seen a resurgence from Kris Russell since getting another shot in the lineup. So, whether the Oilers go with six or seven defencemen, Barrie will have a reliable stay-at-home defenceman who can cover any mistakes and make sure the net is protected.

The new system put in place by Jay Woodcroft and Dave Manson also contributes to the success of the overall team defence and making sure each player is defending the right area and giving support when needed. Barrie was coughing up the puck and turning pucks over during breakouts and with control earlier in the season, but since the coaching change, the breakout is more controlled and the puck goes off the glass instead of to the other team in the zone. With solid play throughout the postseason, and if he’s able to prove his defensive play is improved in higher-stakes games, he will warrant more attention from other teams seeing as he would have evolved from being a one-dimensional player to being able to do more for the team at a $4.5 million price tag.

As for the offensive side of the game, Barrie still produced at a solid rate for a defenceman this season despite tallying fewer points in more games. Last season he led the NHL in points by a defenceman but didn’t receive one Norris Trophy vote only to record one assist in the four games the Oilers played in the playoffs.

Barrie has been less effective offensively in the playoffs than he has during the regular season, but that will have to change for the sake of the Oilers this season. He has 0.64 points per game in the regular season, but it drops when playoffs come around to 0.5. He has also only scored one postseason goal in his career in 30 games, but has 95 goals in his career and has scored 12 or more in five different seasons.

His contribution on the power play will play a factor, as he is a key member who gets a ton of touches and is tasked with a number of shots while up a man. This is an area where he has excelled throughout his career, and adding to that and showing he can contribute in the playoffs offensively can raise his value as well.

It was electric in the 2017 Playoffs when Kassian stepped up his game and played extremely physically while adding some scoring that nobody expected from him. Despite only scoring three goals in the 13 games played in those playoffs, they were big goals and very timely. Plus those three goals are more than we can say about his production in the regular season in 2020-21.

With the skill up front that the Oilers have added, it has understandably bumped Kassian down the lineup. He was never a top-six player, but did elevate his game and provided Connor McDavid with a physical winger willing to chase pucks and go into the corners.

With a role on the fourth line as a checker, he still does have offensive talent and can prove some of that beside a speedy McLeod. The Oilers also may run 11 forwards and seven defencemen, so Kassian would likely get time with one of the top-three centremen on the team.

Kassian is at his best when he is playing a physical brand of hockey and hitting everything in sight, even if it’s just a bump to let them know he’s there. That way he agitates the opposing players and causes them to turn the puck over in an attempt to avoid a hit. He finished the 13 playoff games in 2017 with 30 hits and had 14 hits in four games last season when he contributed offensively.

A key to knowing if Kassian is on his game is if his feet are moving and he is trying to hit everyone. The Oilers don’t want players taking penalties and the team going down a man, but getting physical after the whistle and taking an opposing player with you to the box would be totally acceptable for a fourth line player like Kassian. He has 27 penalty minutes in 2016-17 and should be looking to rough things up again. A good postseason showing and playing this style of game by Kassian will make it easier for the Oilers to convince a team to take his $3.2 million cap hit this offseason without having to give up assets (from ‘Lowetide: Are Oilers approaching a crossroads with Zack Kassian?’, The Athletic, March 25, 2022).

There will have to be sacrifices in the offseason one way or another, but Barrie and Kassian are the two most-likely candidates to be moved, and for good reason. They have done their service to this organization and can end their tenure with a bang, in the process giving the Oilers an advantage when negotiating with other teams to move them out.

Lifting the Stanley Cup was ‘everything I dreamed of and more,’ says Alex Newhook
One for the Ages: Billy Smith’s 1981-82 NHL Season
Stanley Cup run shows Lightning have the magic touch at NHL trade deadline
Lightning show some spark to force a Game 6 against Colorado
Top prospects for the 2022 NHL draft, led by Shane Wright, Logan Cooley, Juraj Slafkovsky