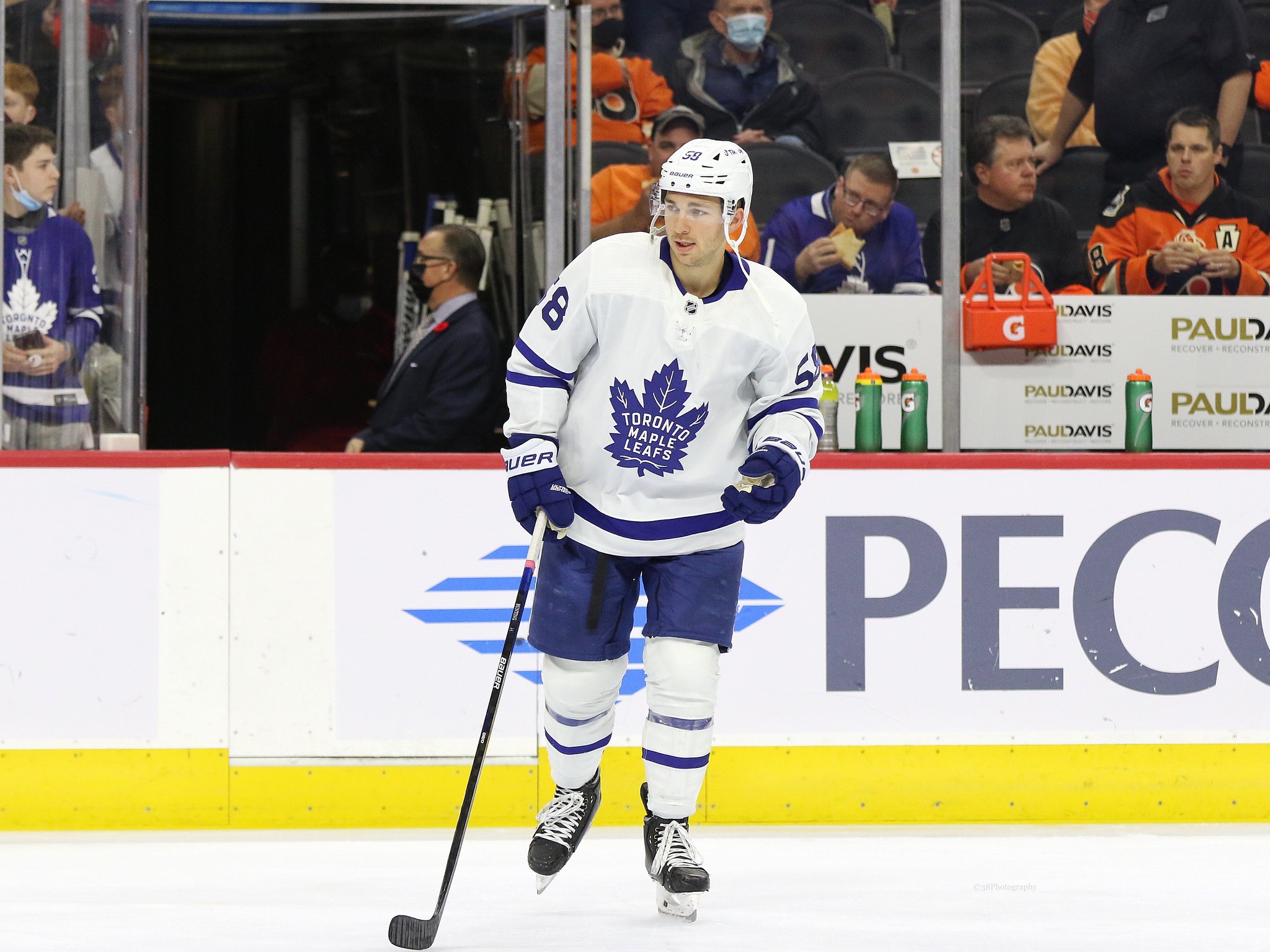 Funny thing about the postseason. You have one great game; but, if you don’t follow it up with another, the advantage quickly disappears. The Toronto Maple Leafs probably could not have asked for a better result than they had during the first-game win over the Tampa Bay Lightning. Everything worked exactly as the Maple Leafs hoped.

Tonight the team has to do it again. Whether it’s with the same authority or not, they have to find a way to win against the reigning Stanley Cup champions. That probably won’t be as easy as it was on Monday night.

In this edition of Maple Leafs’ News & Rumors, I’ll take a look at some of the fallout of Game 1 – in particular the mischief at the end of the game. I’ll also look at the possibility of lineup changes for tonight’s game.

For some reason, during the first period, Maple Leafs’ Kyle Clifford decided to crush the Lightning’s Ross Colton into the boards for little apparent reason. Although it was a potentially disastrous adventure, somehow the Maple Leafs’ hockey gods were watching and decided to help the team rewrite what could have been a losing script.

The team turned Clifford’s five-minute major penalty for boarding and game misconduct into a Blue and White opportunity. What could have turned out to be the moment the Lightning took over the series instead became a rallying point for the home team.

Surely Clifford’s exuberance was likely “forgiven” by his teammates. However, it wasn’t so easily forgiven by the NHL Player Safety Commission. After a phone hearing yesterday, the report was that Clifford had been suspended for a game. That suspension will be served tonight; and, Clifford will be able to lace up the skates again on Friday.

It would be nice if Clifford simply didn’t do that again. In the playoffs, you simply can’t play with fire that many times without being burned.

Item Two: Wayne Simmonds Is Lighter in the Wallet Today

During the mix-up for the teams toward the end of the game, Wayne Simmonds seemed to be in control of his emotions and at first didn’t take the bait. That changed, and it cost Simmonds $2,250 for what was deemed “unsportsmanlike conduct.” Simmonds was also given a 10-minute misconduct penalty during the game.

The game was physical, which ironically benefitted the Maple Leafs. The Maple Leafs were fighting for the puck the entire game, disrupting the play with their positioning and their bodies all night long. They were constantly between the puck and Jack Campbell all game long. And that had little to do with scrums and fights.

Eventually, the game got chippy; and, in the end, both teams combined for 113 penalty minutes.

Michael Bunting’s lower-body injury seems to have healed enough to allow him to play tonight. He had missed four games with that injury; and, although his goal-scoring had slowed a bit toward the end of the season, he’ll be a positive addition to the active roster if he can play.

He participated fully in practice yesterday and jumped into his regular place on the team’s first line with partners Auston Matthews and Mitch Marner. Bunting noted that he felt “good” during the practice.

It seems as if Bunting will play tonight and will also likely take Alex Kerfoot’s place on the first line. It will be great to see the rookie winger being a nuisance and creating havoc in front of the opposition’s net. I have to admit that I love the way he plays.

What impressed me about the Maple Leafs’ physicality against the Lighting in Game 1 was not that they fought. Instead, the entire team played physically both on offense and defense.

I haven’t read much about John Tavares’ contributions to the Game 1 victory, but he was outworking Lightning players all over the ice. The same was true for Alex Kerfoot. Both Maple Leafs’ forwards disrupted plays, sacrificed their bodies, and were physically faster to pucks than their opponents. That’s true of others as well. Pierre Engvall, Ilya Mikheyev, and Ondrej Kase also come to mind.

Related: Maple Leafs’ Dubas Pulls Bear Out of His Hat

In the end, the Maple Leafs held their own in the physical aspects of the game. After the game, Matthews called it “standing up for each other” and “fighting through contact.”

To my mind, the Maple Leafs won Game 1 because they were faster and more determined than the Lightning to win the puck battles. Toronto did a great job killing penalties and the Lightning’s power play was ineffective all night long, going  0-for-5 with the man advantage.

I have to believe that, for Maple Leafs’ head coach Sheldon Keefe, a key to victory in this series is to make it a special-teams battle. I think he believes his team’s penalty kill and power play are superior to the opposition’s.

If he’s right and the Maple Leafs can go on an extended Stanley Cup run, the heroes of the season will be the team’s assistant coaching staff. Specifically, the work of Dean Chynoweth and Spencer Carbery has turned this team’s special teams around. Ineffective special teams was one reason the Maple Leafs lost to the Montreal Canadiens last postseason, and it was one reason the team won Game 1 on Monday.

Obviously, I’m putting the cart before the horse because the team has won nothing yet. Still, they have a chance because they have a solid and successful coaching staff.

BTW, there are no salary-cap issues in the assistant coaching department.