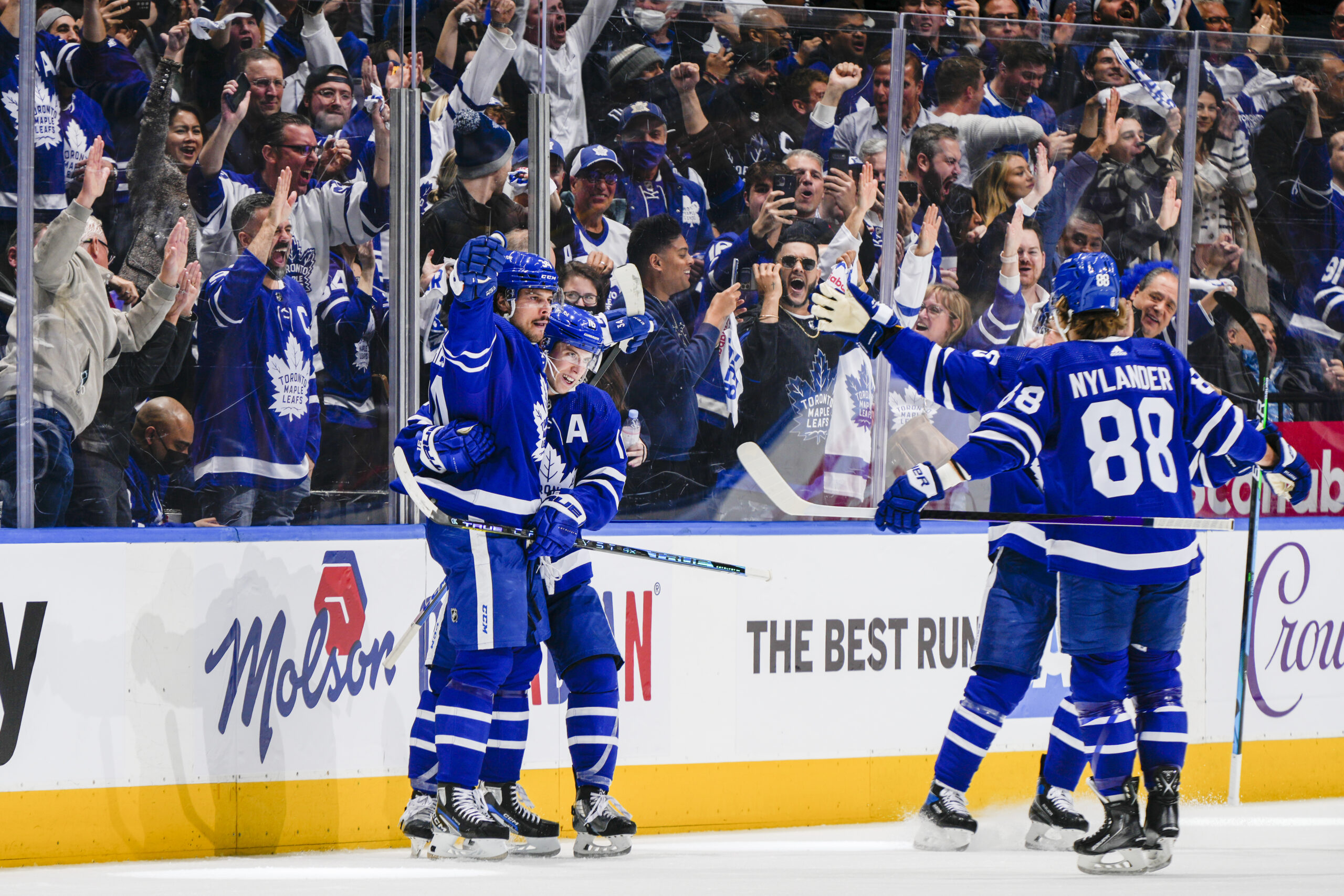 The series between the Toronto Maple Leafs and the Tampa Bay Lightning is getting as interesting off the ice as it is on the ice. This morning Maple Leafs Hot Stove shared the text of an interview with Maple Leafs’ head coach Sheldon Keefe speaking about the upcoming game tonight.

It was an interesting read. In this post, we’ll comment about our thoughts on the interview and about some of the changes being made to the Maple Leafs’ lineup and the players’ time on the ice.

Yesterday, Mark Masters tweeted out the practice lineup and there were some changes of note.

Specifically, Alex Kerfoot has been moved to play on the first line with Auston Matthews and Mitch Marner, while Michael Bunting has been moved to the fourth line to partner with Colin Blackwell and Jason Spezza. William Nylander will be on the second line with John Tavares and Ondrej Kase, and the third line will be Ilya Mikheyev, David Kampf, and Pierre Engvall.

The move that put Kerfoot with Matthews and dropped Bunting to the fourth line is about Keefe’s belief in Kerfoot as a responsible player. Keefe noted that the first line was getting beat in Game 3 until he moved Kerfoot later in the game.

Related: The NHL’s Most Unbreakable Records

The way Keefe keeps juggling his lines probably means that Bunting will get more TOI than the other fourth-line players. Looking at the forward’s ice time for Game 3, Blackwell skated 6:27 minutes and Spezza 8:23. The next lowest was Bunting with 12:24 minutes and  Kase was just ahead at  12:44.

Looking at the total ice times of the Maple Leafs’ forwards playing five-on-five over the first three games, interestingly the top two forwards with time on ice are Pierre Engvall (at 38:31 minutes) and David Kampf (at 36:10). Matthews is third (with 35:28).

Related: 3 Takeaways From Stars Game 3 Win Over the Calgary Flames

The defensive pairings heading into Game 4 are:

With Rasmus Sandin and Timothy Liljegren as extras.

As this series goes on, will Keefe play the top four defensemen more and the bottom two defensemen fewer minutes?

We have to wonder if coach Keefe might be using Lightning coach’s Jon Cooper video comments to inspire the team. There’s a lot of strategy going on off the ice, and coach Cooper is an old hand at the gamesmanship given that his team has been so successful. If you’re a Maple Leafs’ fan, it’s all brand new because we haven’t seen a series between these two teams before.

Specifically, Cooper seems to not give the Maple Leafs much respect. When asked about the Maple Leafs, he keeps stating his team is the better team and just needs to play their game to win. When he was asked about Campbell, he stated his team has scored seven goals in the last two games against him and he’s not worried about scoring on him.

In short, Cooper is confident his team will continue to score on Campbell and all they have to do is do a better job keeping the puck out of their own net.

What’s Ahead for the Maple Leafs?

We thought that the line combinations for Game 3 were some of the best the Maple Leafs have been able to ice over the recent past. Tonight’s combinations are slightly different but still solid. If the Kampf line can keep playing as they’ve been, we can see the Maple Leafs winning this game.

However, it could also be a long series and we don’t like to get our hopes up. Cooper is right about his own team; they are good.