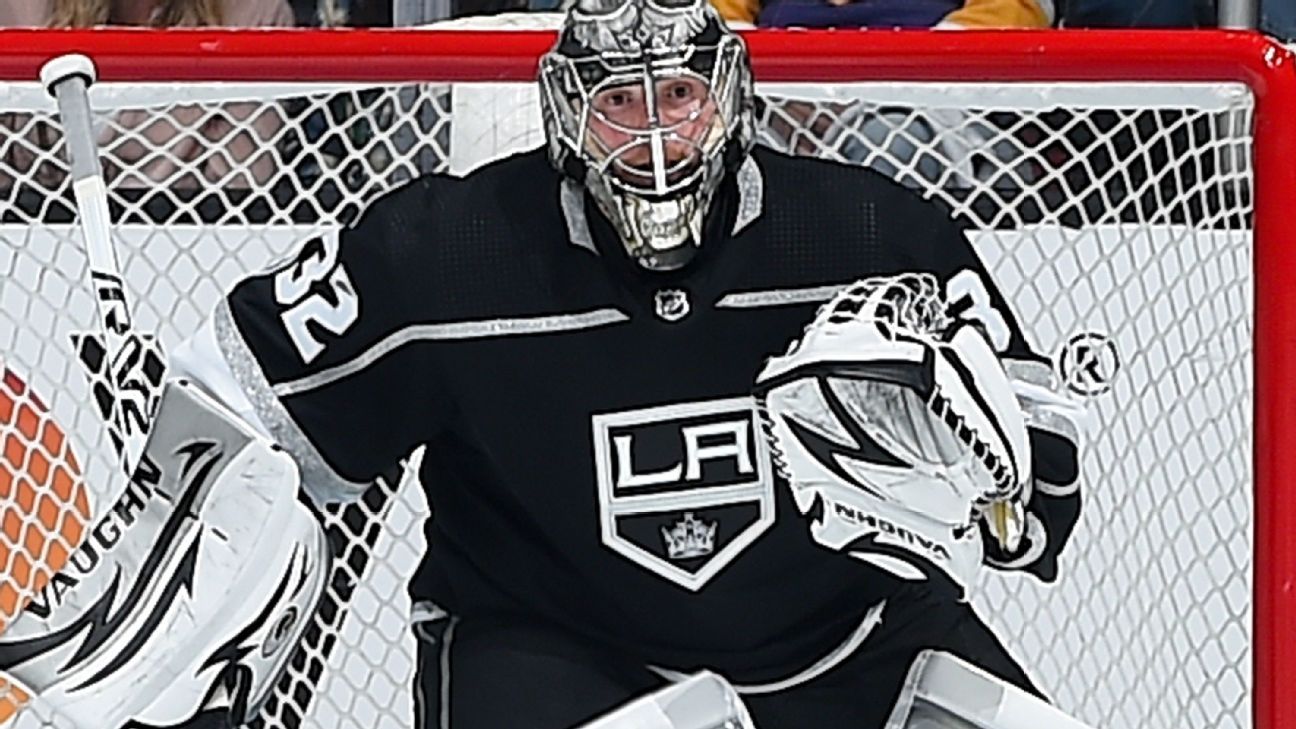 Los Angeles goaltender Jonathan Quick redeemed himself with his first postseason shutout since June 2014, leading the Kings to a 4-0 home ice victory on Sunday night that tied their first-round series with the Edmonton Oilers at 2-2.

Quick was pulled in Game 3 after giving up four goals on 17 shots. He responded with a 31-save shutout in Game 4. It was Quick’s first postseason shutout since June 9, 2014, in Game 3 of the Stanley Cup Final against the New York Rangers. “(It was) no more important than any other game,” Quick, a two-time Stanley Cup champion, said after the win over Edmonton.

Carl Grundstrom had two goals for the Kings, while Trevor Moore and Troy Stecher had the other tallies.

There was speculation Quick might not get the start for the Kings in Game 4 after he was pulled in the second period of Game 3, which Los Angeles lost 8-2. But Kings coach Todd McLellan stuck with the 36-year-old veteran — a former Conn Smythe Trophy winner — and the decision paid dividends. “He made some outstanding saves when he needed to,” McLellan said.

How did Quick prepare for Game 4 after what happened in Game 3? “Same way you do after every single game for the past 15 years. Nothing different,” he said.

But his Game 4 effort was certainly different. Quick put on a vintage performance: Relying on his athleticism to make sprawling saves, playing aggressively against Oilers shooters. The highlight of the night for Quick was in the second period. As Edmonton forward Kailer Yamamoto hit the crossbar with a shot, Quick’s catching glove popped off. With a bare left hand, Quick then stopped Evander Kane on a point-blank shot with his blocker.

“He’s a good goalie. He’s been a really good goalie in this league for a long time,” Oilers defenseman Darnell Nurse said. “He’s not just going to come back and feel bad. He’s going to play his butt off, and he did tonight.”

He also kept the Edmonton power play off the board for the first time in the series, as they went 0-for-3. “We had some looks and Quick just stood in there,” said forward Ryan Nugent-Hopkins. “Five-on-five, the same thing. We gotta find a way to bring him down. At the end of the day, it’s just about work.”

The work continues on Tuesday in Edmonton. It’s now a three-game series. But McLellan was quick to note that the Kings’ emphatic win in Game 4 may not portend anything for Game 5.

“No momentum. It starts again every night. If momentum carried over, we’d have been drilled tonight. They had all of it,” he said.