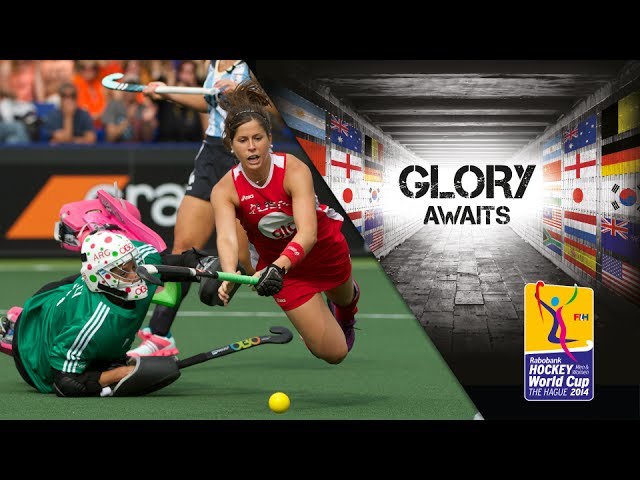 Carla Rebecchi had the first chance to score for Argentina and was denied by the post from a penalty corner in the 3rd minute. The USA keeper Jackie Kintzer then made a great reflex save to deny Delfina Merino. The USA thought they had taken a shock lead through Kathleen Sharkey from their first penalty corner but the goal was ruled out for obstruction after a video referral. Katie Reinprecht finally made the USA pressure count and put her nation 1-0 up in the 27th minute with a finely placed field goal from the edge of the circle. Argentina equalised in the 32nd minute through a fortunate mishit shot by Silvina D’Elia to end the exciting first half at 1-1.

Argentina started the stronger in the second half and Jackie Kintzer made two more great saves in quick succession. The rain started to fall hard in the GreenFields Stadium which gave yet another dimension to the thrilling game, and in the 60th minute the Argentine skipper Luciana Aymar scored from an unbelievable angle to make it 2-1. The USA responded brilliantly and equalled the scores only three minutes later through Kelsey Kolojejchick.

Welcome to the FIH YouTube Channel where you can watch all the amazing skills, fearless keepers and incredible goals. Subscribe here – http://bit.ly/12FcKAW