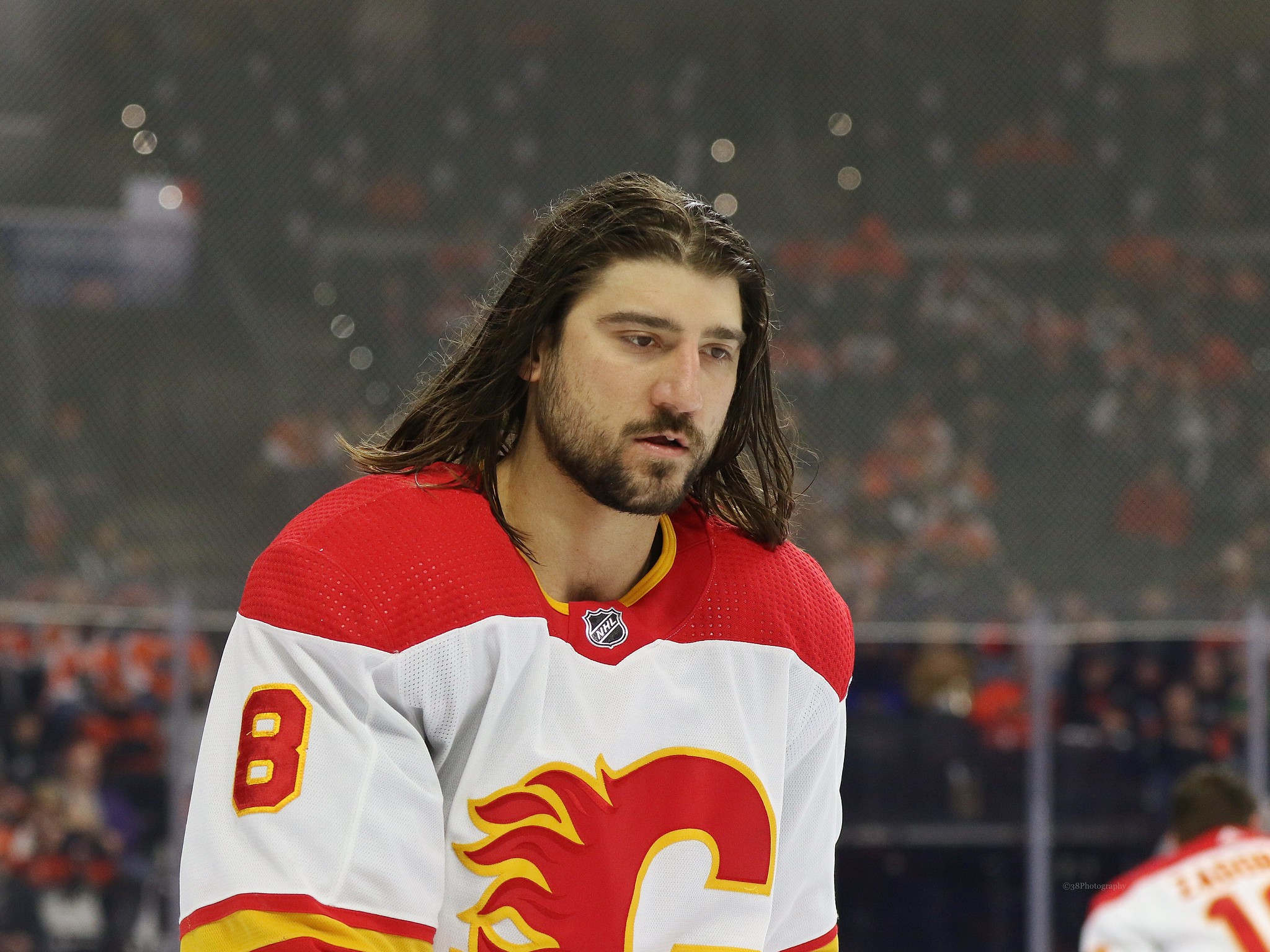 As Game 1 is set to take place against their bitter rival, the Edmonton Oilers, the Calgary Flames announced that they have recalled Juuso Valimaki from the Stockton Heat of the American Hockey League. The Heat do not start their third-round playoff series until Monday, which means this could simply be an insurance move by the Flames. However, some are worried there may be more to it.

Related: 3 Keys to a Flames Victory in the Battle of Alberta – 2022 Playoffs Edition

Before Game 7 against the Dallas Stars, the Flames announced that Chris Tanev was unavailable due to an undisclosed injury that he reportedly suffered in the game prior. It was obviously a huge hole to fill on the back end, but several players stepped up in his absence and helped the team walk away with a thrilling 3-2 overtime victory. The question now is, will he be in the lineup to begin Game 1 versus the Oilers?

Tanev a Participant in Morning Skate

The good news is that while Valimaki was a part of the Flames’ morning skate today, Tanev was as well. Generally, a player dealing with a significant injury would avoid practicing so as not to further aggravate the injury. Take Leon Draisaitl, for example, who is reportedly playing through a high-ankle sprain, and as a result, has been held out of several practices in recent days.

With that being said, having Tanev participate in today’s pre-game skate could also be some crafty gamesmanship from head coach Darryl Sutter. This is a coach who appeared to be moving Brett Ritchie into the team’s top-six forward group based on line rushes at practice, only to make him a healthy scratch moments before the game began. Sutter might be doing something similar with Tanev since we might assume his injury is serious given that he was forced to miss the team’s biggest game of the season on Sunday.

Though he is not flashy by any means, make no mistake, Tanev is the most important defenceman on the team. While he isn’t capable of providing the same offense as fellow defensemen Rasmus Andersson and Noah Hanifin, he logs a ton of minutes at even strength and seems to improve the play of whoever he is paired with on any given night.

On top of that, he played the most of any Flame shorthanded this season. He is a fantastic penalty killer, something that would be a huge benefit given that they are facing an Oilers power play that ranked third in the NHL this season and was first in each of the last two seasons.

Given his great shutdown abilities, Tanev is also the defenceman Sutter would love to match against the Oilers’ biggest threat, Connor McDavid. Keeping the 25-year-old off the scoresheet has proven to be near impossible, but a player of Tanev’s caliber is capable of limiting McDavid’s opportunities. If he is out of the lineup, it will require another great group effort by the rest of the Flames blueliners to try and shutdown the four-time Art Ross Trophy-winner.

Key Injuries to Both Sides

As mentioned, it is possible that Tanev plays in Game 1, but even if he does, he may not be as rock-solid on the back end as Flames fans have become accustomed to. Oilers fans may be enduring the same frustration, as Draisaitl will be playing but was clearly favoring his ankle in Games 6 and 7 during their first-round matchup versus the Los Angeles Kings. This is not an ideal situation for either team, but such is life in the playoffs. While these two may end up performing at a high level this series, both teams will be looking for others to step up and help carry the load.

Maple Leafs & Blackhawks Have Pieces to Produce Offseason Blockbuster
Longtime partner Scotiabank says it is pausing Hockey Canada sponsorship
3 Kraken Targets with 61st-Overall Pick of 2022 NHL Draft
Can the Avs clinch on home ice? Previewing what could be a deciding Game 5
Daly hands Stanley Cup to Avalanche in Bettman’s absence