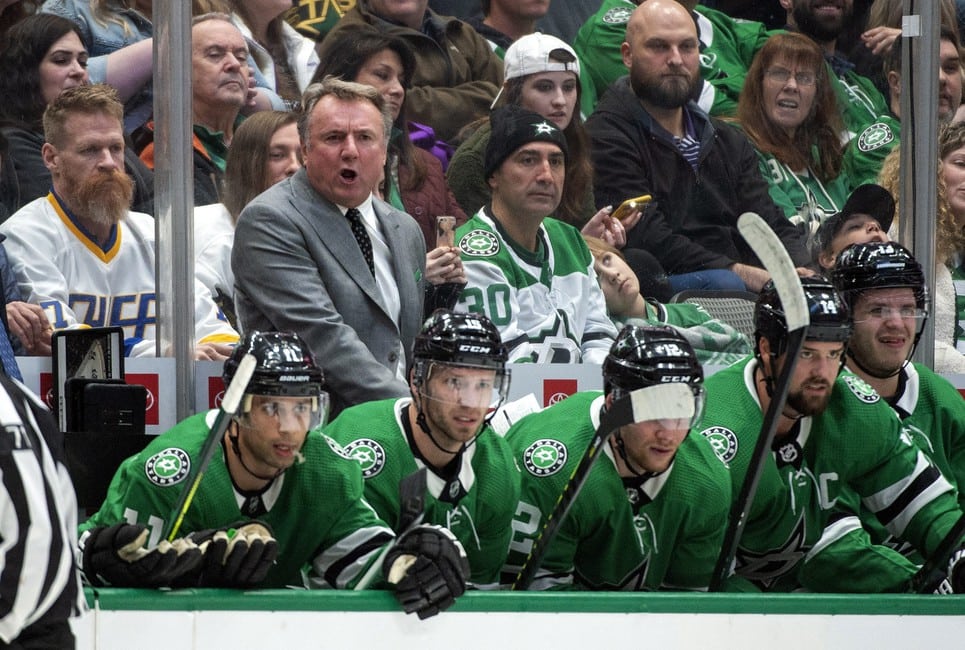 In today’s NHL rumors rundown, the Chicago Blackhawks are looking to acquire a first-round pick. Meanwhile, the Ottawa Senators are willing to give one up. Could these two teams work something out around the NHL Entry Draft? There is talk that Edmonton Oilers goaltender Mikko Koskinen has agreed to a deal overseas and Rick Bowness has decided not to return to the Dallas Stars to coach next season. Does that mean he’s retiring?

Earlier this week, Chicago Blackhawks General Manager Kyle Davidson indicated that he’d like to try and acquire a first-round pick in this year’s NHL Entry Draft. He noted, “It’s definitely something we’ll look at. Whether that’s a possibility is a different question, but it’s something I’m definitely interested in.”

He has already acquired two future first-round picks from the Tampa Bay Lightning in the 2023 and 2024 drafts in exchange for Brandon Hagel, and there’s a chance he could use one of those picks, along with something else to jump up into the first round. The Blackhawks don’t have a ton of tradeable assets, other than some big-name stars with high salaries.

While the Blackhawks are looking to get into the first round, the Ottawa Senators are open to trading the No. 7 overall pick in this year’s draft. The exchange would be for someone that will offer immediate assistance and make them more competitive. Specifically, the team is looking to add a top-six forward to play with Tim Stuetzle and possibly a top-four defenseman, according to Bruce Garrioch of the Ottawa Sun.

No trade involving the No. 7 pick is imminent so you shouldn’t sit by your phone expecting news regarding the selection in the near future. If indeed, Dorion does deal the No. 7 pick, it’s more likely to happen the night before the first round in Montreal or on the draft floor itself.

Bowness Not Retiring from Coaching

As per TSN Insider Pierre LeBrun: “Bowness’ contract was expiring with the Stars. But a source says Bowness is not retiring. He will see what’s out there on the coaching market.” In other words, just because he’s leaving the Stars organization doesn’t mean he’s leaving the pool of available coaches.

John Shannon also writes, ”No one should be surprised about Rick Bowness’ departure from Dallas. Wouldn’t be surprised to see him resurface in some role, for an NHL team. He adds, “I’m sure if the right opportunity came along he would listen, but don’t expect him to actively pursue anything.”

Former NHL head coach Bob Hartley dropped an interesting rumor, suggesting goaltender Mikko Koskinen has already accepted an offer to play for HC Lugano in the Swiss National League next season. The netminder is still in the postseason and while Mike Smith has been pegged the starter for the Oilers, Koskinen could see some action in a tight series versus the Calgary Flames.

For Edmonton, that Koskinen won’t be back is not a huge surprise. It was likely GM Ken Holland was going to let Koskinen walk as a free agent and go with Stuart Skinner as the backup if the team couldn’t land a big-time starter as part of a goalie change. In fact, it wouldn’t be a shock if the Oilers had already let Koskinen’s agent know they’d be moving on at the end of the season.

Suggesting the Montreal Canadiens might not actively chase big-name UFAs this offseason, Jimmy Murphy of Montreal Hockey Now cited Canadiens GM Kent Hughes who said the Canadiens would try other ways to be active. He wondered if, — as the Canadiens try to add put also move pieces out — they’ll make a pitch for Minnesota Wild winger Kevin Fiala or Arizona Coyotes defenseman Jakob Chychrun.

In both cases, the Canadiens would be going after someone that might be on the move out of their respective organizations, but the Habs would also have to give up something to acquire either player.