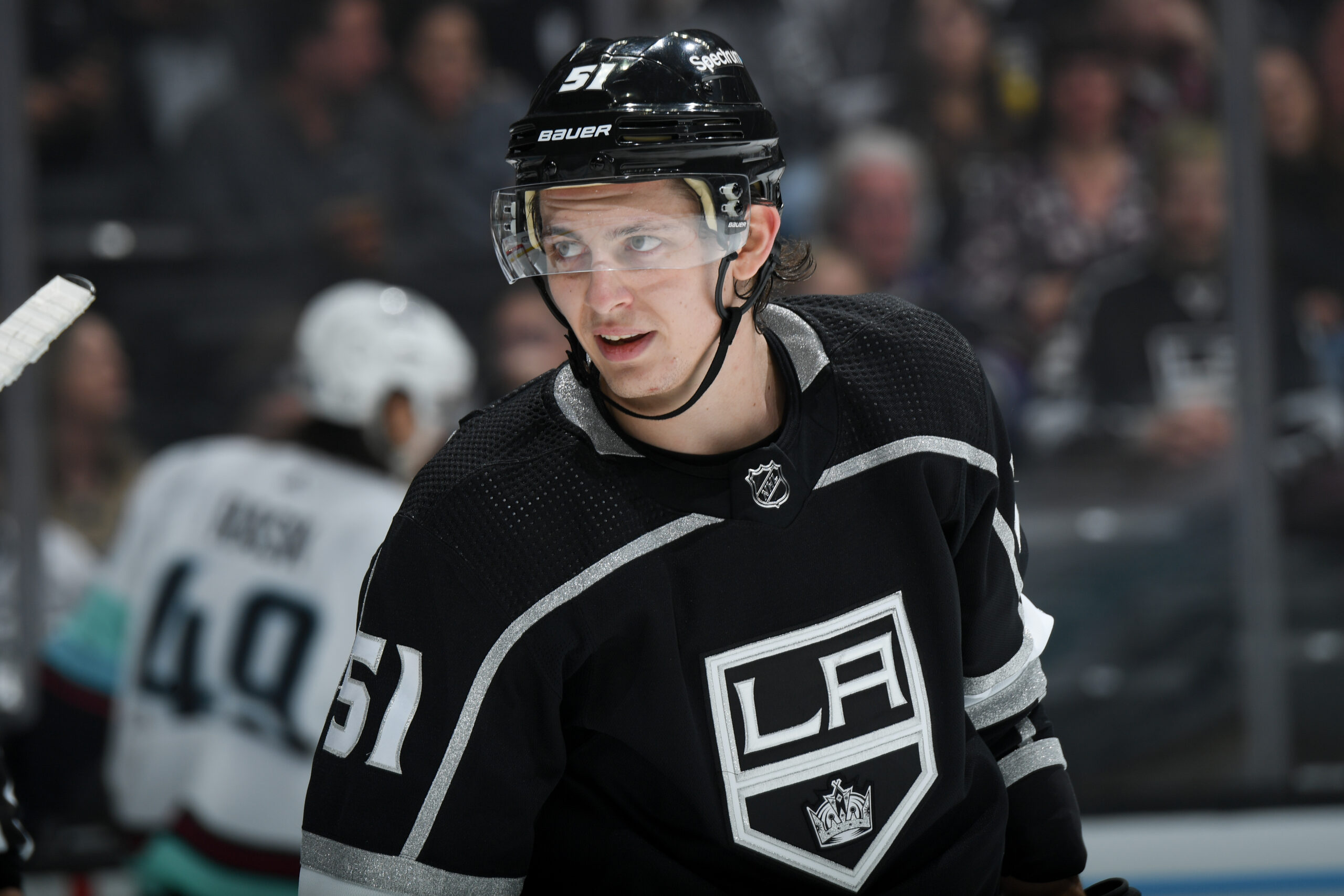 It’s no secret that the duo of Jim Rutherford and Patrik Allvin will be looking to improve their team this offseason. Whether it be through trade or free agency, the Vancouver Canucks will have some additions to its roster before the puck drops on the 2022-23 season. It’s a strong class of talent with the likes of Evgeni Malkin, Kris Letang and others potentially hitting the market for what could be astronomical contracts. Fortunately, Rutherford and company don’t have the cap space (right now at least) to pursue them. Rutherford has gone on record saying that he wants to add youngsters to the roster, not 35-year-old veterans, so it’s likely he won’t try to go after them. Having said that, they are former players of his, so I wouldn’t be surprised if it happened either.

Related: Canucks Have 3 Free Agent Targets That Will Bring “Sandpaper”

In any case, the Canucks will probably enter the free-agent market looking for bargains (aka the “small fish”) instead of the big catches. Unless one of Malkin or Letang takes a massive discount (unlikely), here are three they should look at targeting.

The Canucks shouldn’t have let Troy Stecher enter free agency in the first place, so this offseason could be the time to fix one of the mistakes former general manager (GM) Jim Benning made during his tenure as head of the front office. At 28 years old, he is still in his prime and is coming off a strong postseason where he had two goals and four points in four games.

Without a doubt, Stecher’s best seasons came when he was a member of the Canucks’ defence corps. After signing a contract following an NCAA Championship with North Dakota alongside Brock Boeser, he ended up playing 286 games with the team, scoring 11 goals and 75 points along the way. He also averaged 18:34 of ice time and was a staple on the penalty kill.

Basically, Stecher’s stint in Vancouver could be summed up in one word, versatility. Being a right-hand shot, and a plug-and-play defenceman who his head coach could pair with almost anyone, he became a valuable commodity on the blue line for the Canucks. Throughout his time with the team, he played everywhere from the bottom-pairing to the top shutdown duo with Alex Edler. Not to mention special teams, spending significant time on both the power play and penalty kill. His upbeat personality and intense work ethic also contributed to the strong character the Canucks had in the locker room during that time.

The Canucks are woefully thin on the right side, with only Tyler Myers, Luke Schenn and Kyle Burroughs as natural right-side defencemen. While Stecher alone won’t fix the overall defence and their ability to move the puck crisply up the ice, he would certainly move the needle in the right direction. His mobility, first pass and solid two-way game were qualities severely overlooked by the previous regime. He is an underrated blueliner who brings a lot to the table despite being somewhat undersized. Whether he is re-signed by the Kings remains to be seen, but if he becomes a free agent, Allvin and Rutherford should be on the phone asking if he would be open to a reunion with his hometown team.

Rumoured to be a trade target of the Canucks every time Benning mentioned adding “big players”, Nick Bjugstad is not the high-value commodity he used to be. An imposing figure at 6-foot-6, 215 pounds, the 29-year-old could be a good fit for the Canucks as a third-line center, especially at the budget-friendly price tag he’s expected to have in the offseason. With only seven goals and 13 points in 57 games last season, he won’t be able to ask for a lot on the open market. While he may not be the player that hit double-digits in five of his first six campaigns in the NHL, he still has the potential to be a valuable piece of the bottom six. Deployed primarily in that role with the Minnesota Wild in 2021-22, he recorded 99 hits and won 55.3 percent of his faceoffs.

With Jason Dickinson unable to fulfill that need last season, Bjugstad could be the solution at a far cheaper price. Just his frame and willingness to throw the body would help strengthen the bottom of the lineup. Not to mention his skills as an offensive player, even though he hasn’t shown too much of that recently. Seeing that Rutherford and Allvin were involved in acquiring him from the Panthers in 2019, I wouldn’t be surprised to see him in Canucks’ colours come training camp in the Fall. Throw in the fact that they are looking for more “heavy players with sandpaper” and the probability of a call to his agent just went up.

Coming off a contract that paid him $3.5 million in average annual value (AAV), Chris Tierney will likely be looking for a new home when free agency kicks off on July 13. While it’s entirely possible the 27-year-old re-signs with the team he’s called home for the last four seasons, he will probably look at the market to see if he can find a fit with a team either further into its rebuild or currently a playoff contender. He is firmly in his athletic prime, even though his numbers don’t show it. Since arriving from the San Jose Sharks in the massive blockbuster that was the Erik Karlsson trade, he has yet to hit the career-high in goals he recorded in 2017-18 when he potted 17 in 82 games.

That doesn’t mean Tierney can’t be useful as a bottom or even occasional top-six forward. Even when he’s not scoring, he is a competent faceoff man and a solid contributor on both special teams. He has also proven to be a good two-way center with impressive defensive instincts and a player who can score if given the opportunity with the right linemates.

Seeing that the Canucks struggled to find a consistent bottom-nine pivot who could kill penalties and win faceoffs when Dickinson couldn’t cut it and Brandon Sutter went down due to complications with COVID, Tierney could be the ticket to resolving that weakness in 2022-23. He wouldn’t be a Jay Beagle-type either, as he has shown in the past that he can be successful on the power play and in a scoring role as well. All-in-all, he would be a solid addition at a relatively cheap price. Who knows, he might even break out offensively. He is only 27 after all.

If the Canucks decide to venture into the uncertain and sometimes dangerous waters of free agency, they need to find players like Alex Chiasson (13 goals, 22 points; $750,000 AAV) and Brad Hunt (3 goals, 17 points; $800,000 AAV), not Tucker Poolman (1 goal, 3 points; $2.5 million AAV) and Beagle (1 goal, 2 points; $3 million AAV). With the salary cap crunch the team is currently in – barring trades, of course – Allvin and Rutherford can’t sign players to premium long-term contracts that will handcuff them when they need to re-sign pieces like Bo Horvat, Vasily Podkolzin and Nils Hoglander in the coming years.

Bringing in Linus Karlsson on an entry-level deal will help, but the Canucks need more than just him if they want to compete with the likes of the Colorado Avalanche in the future. Whether it’s through unrestricted free agency, trades or signings from overseas, they have to find players under budget-friendly contracts to help support the big-ticket players of Quinn Hughes, Elias Pettersson, Brock Boeser, Conor Garland, and J.T. Miller. If they don’t, they will likely be watching from the sidelines again when the 2023 Playoffs begin next year.