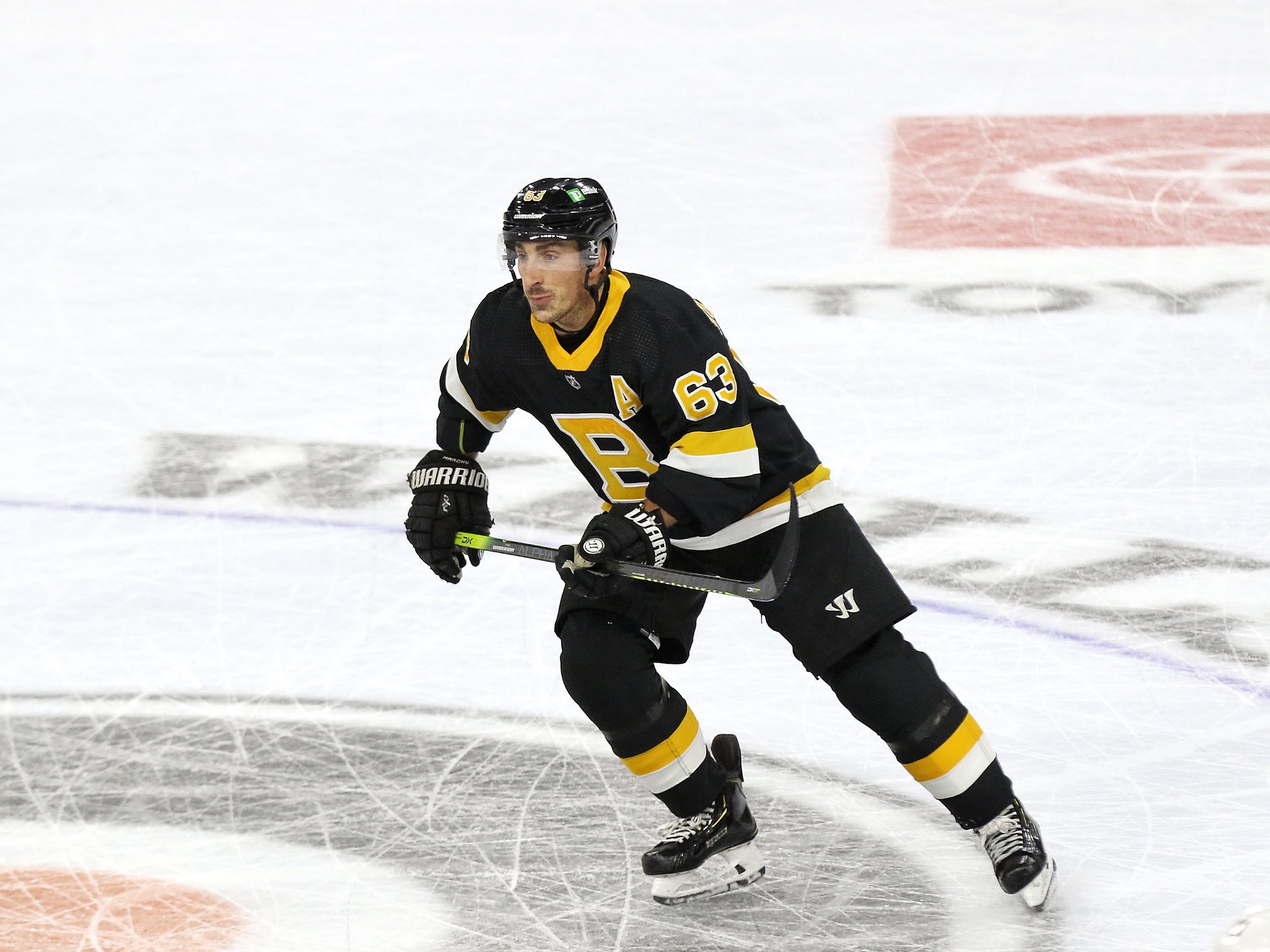 The Boston Bruins will be forced to start the 2022-23 season without one of their best players in Brad Marchand. In an official release, the team would announce that Marchand underwent successful surgery on May 27, 2022.

“On May 27, Boston Bruins forward Brad Marchand underwent successful hip arthroscopy and labral repair on both hips,” the Bruins announced Friday. “The procedure was done by Dr. Bryan Kelly at the Hospital for Special Surgery in New York, NY. Recovery time is approximately six months.”

Given that recovery timeline, it’s expected that Marchand will miss the first two months of the 2022-23 season.

Marchand put together another stellar campaign during the 2021-22 regular season. He’d score 32 goals and 80 points in 70 games. Those totals would lead the team in points and would place Marchand second to only David Pastrnak in goals. He’d also score an impressive four goals and 11 points in seven postseason games, but it was fairly evident that something was nagging Marchand through most of the final stretch of the season and the playoffs.

In the final 13 regular-season games of the season, the Bruins would score just one goal and nine points, going scoreless in 11 consecutive games between April 4 and April 26. It was unsurprising, then, to find out that Marchand was going to need some procedure in the future when the veteran forward mentioned as much following the conclusion of the Bruins season.

“I’m going to need something done this summer or next summer, but we’ll kind of take a look at that,” Marchand said of his health “I haven’t talked to the doctors yet. We’ll go through that today and decide what we’re going to do.”

Obviously, the Bruins and Marchand elected to take care of these injuries sooner rather than later, which could put the Bruins in an interesting spot this offseason as they plan for both the short-term and long-term.

Bruins Have Difficult Offseason Ahead

With Marchand set to miss an extended period of time and Patrice Bergeron’s future still up in the air, the Bruins are going to have to determine what their plan is for the 2022-23 season with some major question marks serving to make things more difficult.

Will Bergeron return? If he doesn’t, should the Bruins start to rebuild or retool their roster? Will Marchand’s recovery go as planned and on time? Will Marchand come back at 100% and be capable of carrying the team? What kind of upgrades can the Bruins make to become legitimate Stanley Cup contenders next season? And of course, will Jake DeBrusk be traded?

For Bruins’ president Cam Neely, general manager Don Sweeney and head coach Bruce Cassidy, the goal of a Stanley Cup win still reigns supreme. It’s difficult to operate when anything less than a Stanley Cup win is considered a disappointing result, but that’s the cost of business when representing a team in the city of Boston. Expectations are everything and if Bergeron returns to the Bruins for his 19th season, the Bruins will be tasked with going all-in this offseason/regular season to put together a contender.

The injury to Marchand throws a wrench in that potential plan, but the Bruins would need to simply remain competitive and not necessarily dominate the standings in Marchand’s absence to compete for a high seed and a deep playoff run. It’s unclear what route the Bruins will approach this offseason as they look to bolster their team and avenge a disappointing end to their 2022 playoff hopes.

There will certainly be options, for the Bruins, but choosing the right option and finding mutual interest, be it via trade or free agency, will likely be the biggest obstacle to overcome. The Bruins will also need to manage the salary cap this offseason as the team is currently set to have under $2.5 million in cap space. This also doesn’t include a potential Bergeron contract, which means the Bruins will need corresponding moves to free up salary.

This will make it more difficult for the Bruins to add pieces who can move the needle this offseason, but not impossible. There’s still the possibility that the Bruins trade Jake DeBrusk after he had a bounce-back campaign. There’s also the potential for the Bruins to clear cap space via trades of some other depth pieces on their teams, such as moving Mike Reilly or Derek Forbort this offseason.

There may be discussions about putting Marchand on the long-term injured reserve to clear up cap space next season, but that doesn’t necessarily do them any good for when Marchand is eligible to return. It’s possible that the Bruins could elect to go this route simply for the purpose of extending their timeline of figuring things out, but that also feels like a risky play that probably isn’t necessary.

No matter what the Bruins elect to do this offseason, the expectations will be that the team is going to work on competing for a Stanley Cup once again next season. Whether or not they have Marchand to start the season or Bergeron on the roster at all doesn’t change that simple fact.