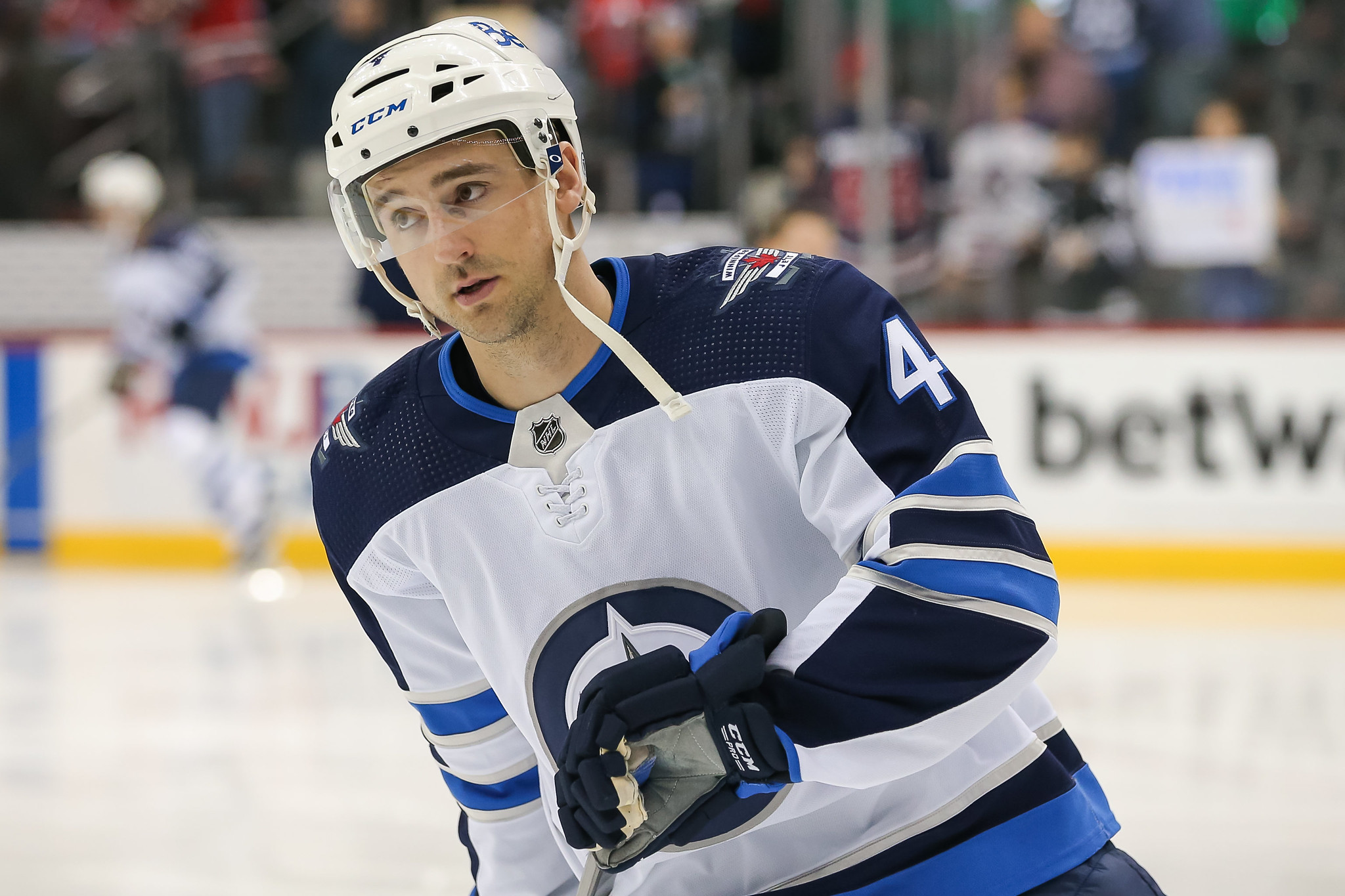 The Winnipeg Jets’ 2021-22 season was a disappointment, as they came into the season considered a Stanley Cup contender but drastically underperformed, finishing sixth in the Central Division and well out of the playoff picture.

In this series, we’ll take a look back on the season, player by player, and grade their individual performances with an eye toward their future with the team.

Similar to the state of the Winnipeg Jets, Neal Pionk took a step back after a successful season in 2020-21.

With a New Contract, Pionk Had a Disappointing Season

During the offseason, the Jets and Pionk agreed on a four-year, $5.875 million coming off a 32-point campaign in 54 games in 2020-21. This year, he finished with 34 points in 77 games and took a step back defensively. There were plenty of factors that could have played into this; he was given a new defence partner through the trade for Brenden Dillon and, like the team, had an excellent start before struggling in the back half. He was demoted from the power play and struggled with the rest of the defence to thrive in the team’s defensive system.

In one of Pionk’s final press conferences of the year, Mike McIntyre of the Winnipeg Free Press asked him to reflect on his campaign. He was honest about how he played and hoped that the rest of the team will work hard to return to the playoffs in 2022-23 (from ‘Pionk takes ownership for his role in Jets’ disappointing season’, Winnipeg Free Press, April 26, 2022).

Pionk and Dillon had a very up-and-down season together. According to Moneypuck.com, they outscored their competition 37-33, but their shot attempt percentage was 47.7, and their expected goals percentage was 46.9. They were out-chanced and outshot at 5-on-5 too. While a good portion of their value comes through special teams, getting outplayed at even strength is a major concern for a pairing whose salaries are a combined $9.775 million in average annual value (AAV).

Like Josh Morrissey, Pionk has shown the talent and poise to be a force in the NHL and is in a good position to have a bounce-back season in 2022-23. Whether or not he can return to the level he played at in 2020-21 remains to be seen, but a new head coach and possibly new defence partner may make him a top-four defenceman again.

At his best, Pionk was statistically the top defenceman on the Jets. His offensive instincts were on full display as the quarterback of the top power-play unit. His vision and skating ability also made him an extremely effective offensive defenceman. There were flashes of that this season, but nowhere near as much as he and the Jets would have liked to see from him.

Pionk’s demotion from the top power-play unit was a major reason for his step back offensively. Morrissey took over, while newly acquired Nate Schmidt was the quarterback for the second unit. If the Jets want to maximize his talent next year, they’ll need to find a way to get him more time on the man advantage.

The Jets would be foolish to move the 26-year-old defenceman after just one bad season, given his new contract. He is still in the prime of his career and will have a lot of internal competition to push him in 2022-23.

Ville Heinola and Dylan Samberg are prime candidates to snag NHL jobs next season, and while Pionk’s spot on the blue line is safe, those players, along with an already crowded defence core, will make everyone work for ice time that much harder.

Pionk’s final grade for the 2021-22 campagin takes into account his circumstances. The Jets struggled as a whole and head into the offseason looking for answers. He is still an extremely talented defenceman who will benefit from a full offseason of reflecting and tweaking his game. Under a new coaching staff, he will have every opportunity to bounce back next season. Assistant coach Charlie Huddy is not returning to the Jets, meaning they will likely be playing a new defensive system next year.

Pionk won’t be the only one to benefit from this change, but a chance to patch up a few defensive holes is exactly what he needs to take his game to an elite level. The offensive instincts are there, but the shutdown ability has yet to be found. If he can improve on that, the Jets will be getting more than their money’s worth on his new contract.

My name is Connor Hrabchak. I am 19 years old, and I am currently working towards completing my communications and media degree. I was born and raised in Winnipeg, Manitoba. I have been a die-hard fan of the Winnipeg Jets ever since they moved back to Winnipeg in 2011, which has inspired me to write about hockey and attempt to make it into a full-time career.