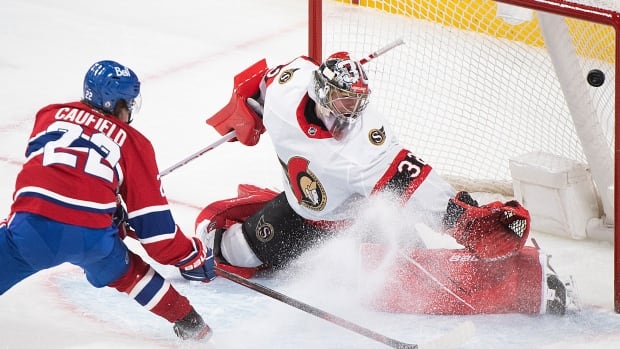 It may be a bit later than expected, but Elsipogtog First Nation now knows the teams that will play during Hockeyville celebrations in the community.

The Montreal Canadiens will take on the Ottawa Senators in a preseason game this October in nearby Bouctouche.

Elsipogtog was named Hockeyville in 2021, but the game, which normally would’ve been held that fall, was postponed because of the COVID-19 pandemic.

The first came in September, 2020 when a fire at the local rink caused massive damage, rendering it inoperable.

The second came in April, 2021 when Craig Sock, a band councillor and driving force behind the Hockeyville bid, died after the lobster boat he was fishing on capsized off the coast of Nova Scotia.

The game will be held at the J.K. Irving Centre in Bouctouche on Oct. 8.

In addition to the right to host the game, Elsipogtog also received $250,000 in rink upgrades and $100,000 in youth hockey equipment.

Elsipogtog is the second New Brunswick community to have won the Hockeyville contest. The first was Renous, which won in 2019.