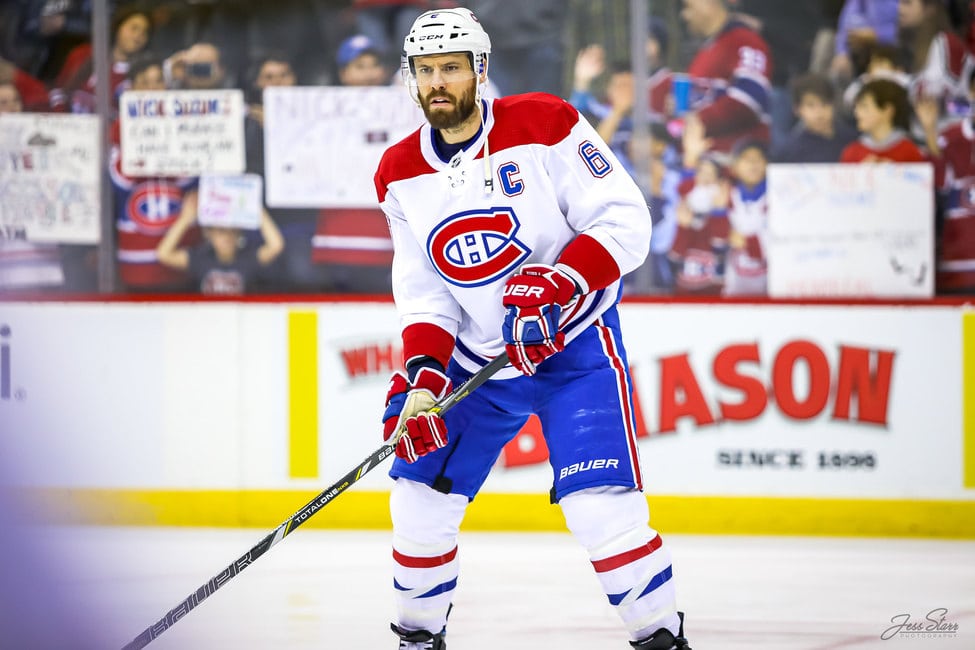 It was five years ago that former Montreal Canadiens general manager Marc Bergevin shocked the hockey world and traded fan-favorite defenseman P.K. Subban to the Nashville Predators in exchange for Shea Weber. The trade immediately split the Canadiens fanbase into two sides: one that despised the trade, the other that loved it.

On the one hand, there were fans who felt that P.K. Subban was an individual player who was more interested in being a brand and playing for himself than playing as a part of a team. Much of this mindset was spun together by media, though, as fans really aren’t privy to what happens behind closed doors.

It seemed as if there was no middle ground, and that the great debate of which team won the trade would go for years to come. That was until June 2019, where a certain move by the Predators would evidently decide the winner of “the trade.”

The first season after Subban and Shea Weber were dealt for one another, it seemed both teams were benefiting from their return. Both Weber and Subban had successful seasons, and so did their teams.

Meanwhile, Weber produced more by the time the 2016-17 regular season was done, finishing with 17 goals and 25 assists in 78 games for a total of 42 points. The Canadiens finished with 47 wins that season.

Both teams would also ultimately qualify for the postseason.

It was the 2016-17 Stanley Cup Playoffs that gave a slight the nudge to the Canadiens fans who were against the trade. The Canadiens were eliminated in the first round by the New York Rangers in six games.

During their short playoff run, Weber notched three points and was doing everything he could to help the Canadiens advance to the next round. It was the strong play of Rangers netminder Henrik Lundqvist and the inability of the Canadiens to score goals that led to their downfall.

Subban and the Predators, on the other hand, made it all the way to the Stanley Cup Final but couldn’t get past Sidney Crosby and the Pittsburgh Penguins.

During the Predators’ lengthy playoff run, Subban had 12 points in 22 games. Predators GM David Poile was also awarded the GM of the Year award, which many thought was largely because of the Subban acquisition.

The following season, it did not get any easier for Canadiens fans who were in favor of the trade.

Weber blocked a shot in the first game of the 2017-18 season, which led to a broken toe. He continued to play despite the injury but was eventually shut down for the season.

To make matters worse, playing with the broken toe led to a knee injury for Weber that required surgery.

The surgery on his knee kept him out for the start of the 2018-19 season, dampening the mood for many who were excited for what Weber had to give for the Canadiens. This was the first major injury in Weber’s career, which was a testament to his durability despite his aforementioned physical brand of play.

Weber finished the 2017-18 season with 16 points in 26 games. The Canadiens also missed the playoffs and were one of the worst teams in the league.

In a year that could be described as atrocious for Weber, Subban was outstanding.

He’d play in all 82 regular-season games, finished with 59 points and was quickly becoming a fan-favorite not only in Nashville, but across the entire NHL.

Although the Predators did not make it as far in the playoffs as they did the previous season, Subban still managed to notch nine points in 13 playoff games. Up to this point, the clear-cut winners of the trade were the Predators, although the play of both players in the following season would slightly even things out.

In the 2018-19 season, Subban would come down to earth. To put it shortly, the veteran blueliner struggled for the entirety of the season.

The former Norris Trophy winner played in just 63 games and tallied only nine goals and 31 points. He’d maintain that level of production in the postseason, recording only three points in six playoff games as the Predators were eliminated earlier than they’d have liked.

Given Subban’s game largely revolving around his offensive output, this was a disappointing season, to say the least.

Weber returned from his injury in November after missing the start of the season and picked up right where he left off. The Canadiens captain played 58 games, scoring 14 goals and 33 points while manning the team’s top defensive unit. While the point totals may have been similar, Weber’s defensive prowess was still on full display.

Although the Canadiens missed the playoffs for a second consecutive season, individually, Weber had a much better 2018-19 season than Subban.

Team success aside, it’s tough to argue that the scales didn’t balance a little bit more in favor of the Canadiens at this point. While it was too early to say that they didn’t necessarily lose the trade, it was fair to say that they weren’t fleeced as many fans and many within the media seemed to think.

On June 22, the Predators traded Subban to the New Jersey Devils for Steven Santini, Jeremy Davies and two second-round draft picks. At the time of the deal, Santini was considered a depth defender while Davis wasn’t exactly viewed as a top-end prospect. The trade was seen as a salary dump by the Predators more than anything.

While the Predators were able to parlay the salary freed up from Subban’s contract to sign the highly-coveted free agent Matt Duchene, it’s impossible to ignore the fact that the Canadiens were still benefitting from Weber on their top-pairing while the Predators were left with scraps as a direct result of the deal.

It’s too soon to tell exactly what will come out of Weber’s tenure with the Canadiens, but the fact that he’s still a pillar for them to build around has to count for something.

When looking at the 2019-20 totals for Weber and Subban up to the point that the NHL season was postponed due to the COVID19, Weber had scored 15 goals and 36 points in 65 games. Subban, now with his third team, would score just seven goals and 18 points on a very disappointing Devils’ squad.

On paper, this deal was supposed to be a slam-dunk win for the Predators and an all-time bad deal for the Canadiens.

The Canadiens were moving on from a fan-favorite who could not only help them win games but also put fans in seats with how electric he played, in exchange for a 30-year-old defender who many thought was set to decline steadily as Subban was hitting his prime.

In reality, though, the Canadiens would come away as winners of this deal despite the lack of team success to show for it. It’s hard to say that the Predators are losing sleep over this deal given the success the team has had at finding defenders, but it’s vindicating for Marc Bergevin and the Canadiens to know that they didn’t actually lose a trade that everybody had told them they did in such decisive fashion.

Brandon Share-Cohen has covered the NHL and various professional sports for six years. Working with The Hockey Writers, Brandon works extensively on covering the Boston Bruins in addition to his role as the News Team Lead.