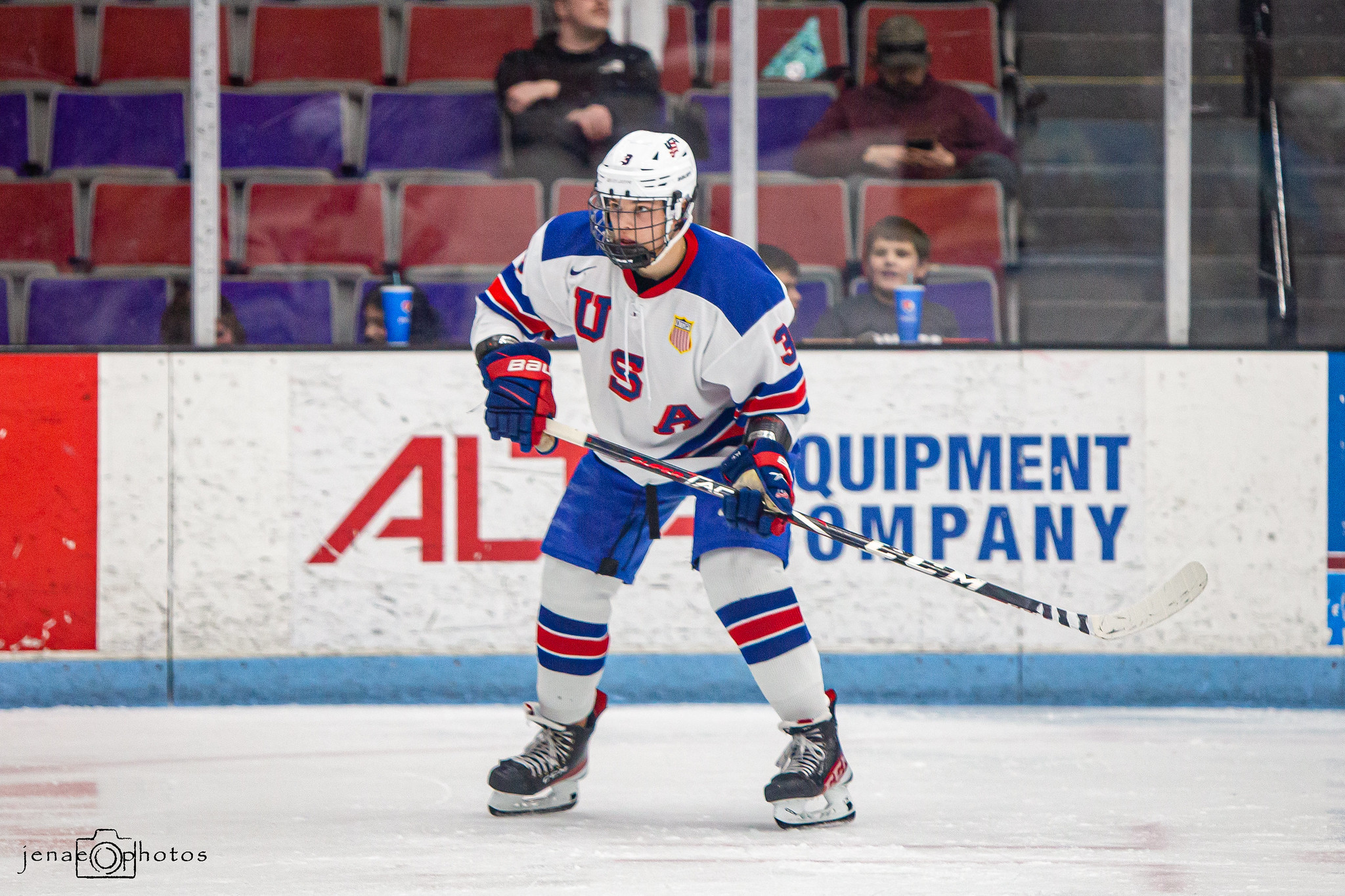 Deep drafts do not come around often, but when they do it is best to take advantage of the high-end prospect pool. The Buffalo Sabres have three picks in the 2022 Draft and will be selecting at ninth overall, 16th overall, and 28th overall. Buffalo is in need of a rejuvenated and revamped prospect pool, so choosing players with high upside isn’t enough. They have to be selective and choose players that fit best in their system and will complement the young core they have built up to this point.

This draft has an abundance of forwards, and the Sabres need to use that abundance to their advantage. Dylan Cozens, Jack Quinn, and JJ Peterka are all NHL ready and set to be future impact players, so the Sabres have to find prospects that are the right fit to replace them in the farm system and complement them at the NHL level eventually. These are the players that will fill those holes, and have the potential to grow into key contributors for the organization.

Once a much higher touted prospect, Lambert has dropped in his draft stock as the year progressed. With projections last year putting him somewhere in the top-10, he has the raw talent to offset some of the issues with his production this season. Similar to how Attu Raty was projected as a high pick and fell deep into the second round in 2021, Lambert faced a similar drop in ranking. He is currently ranked No. 10 amongst European skaters according the NHL Central Scouting, so he is a realistic choice for Buffalo to have in this slot. While the fall in draft position will not be as dramatic as Raty’s, his fall will be to the benefit of the team that selects him.

Buffalo has limited center depth in their prospect pool and they could use a resurgence in this area. Lambert is a mid-sized forward at 6-foot-0 but he has the skill and hands ability to make him a viable NHL prospect. He functions as a playmaking/scoring centerman who plays a similar style to someone like Clayton Keller. He has the offensive upside of a top-10 draft pick but he still has struggled to put up points in a men’s based league. His adjustment to the NHL should take 2-3 years, so the Sabres would have the ability to be patient with him and develop him into a future top-6 role.

Howard is arguably one of the most offensively complete players in this draft. He has playmaking skills, incredible skating ability, and a smooth finishing ability to cap it off. When watching him, he has a motor that just keeps going. His speed and edge work are two of his greatest assets. The skating combined with his shot makes him a dream come true for the Sabres to have him at 16th overall should he fall slightly to this spot.

Howard has a number of players that he could be compared to, but the one closest to him would be Brayden Point. The point production at the NHL level may not level out the same between the two, but they share so many common traits that the comparison is easy to see. Howard spent his season playing for the US Under-18 team scoring 33 goals and 82 points in 60 games.

He is ranked No. 9 on the Central Scouting list for North American players, so he could be chosen before the Sabres have a chance to pick him. He has all the tools to be a threat at the NHL level, and would complement a number of the Sabres players in the organization. Adding Howard to the prospect pool gives them a legitimate and consistent scoring threat, combined with the work ethic that the team has been building all year.

Speed is the name of the game in the modern NHL and Frank Nazar has that in spades. Arguably one of the fastest skaters in the draft, Nazar has the ability to burn defenders 1-on-1 and make plays up ice himself if needed. He has a smooth set of feet and generates some incredible speed from his long and powerful strides. Nazar tends to rely on this as his primary weapon and it works for him in most situations.

His abilities beyond his skating prowess are his quick release on his shot, his above average passing ability, and his hockey IQ. Nazar has the ability to think his way into smart offensive positions, which ultimately gives him higher-end scoring chances. He can finish them himself, while also having the wherewithal to make smart passes. Where he struggles is in his defensive awareness. Hockey IQ goes beyond just scoring, and if Nazar could apply his on-ice smarts to the defensive end, he would be a more complete player.

Comparatively, he has the explosive skating ability of someone like Jack Eichel, but he plays a game similar to Matthew Barzal. Using speed and his soft hands to set up plays and finish when needed is the name of Nazar’s game. He is ranked No. 21 on the NHL Central Scouting list for North American skaters, so he would be picked slightly higher than anticipated if Buffalo takes him at 16th overall. He fits the modern NHL style and can be molded into a great playmaking option for the Sabres. He will need some time to develop him game, and Buffalo is the right place to nurture that growth.

Scoring Continues to Be Buffalo’s Need

Relying on the continued growth of their developing core is the key to Buffalo’s future success. Adding prospects to their group that fit scoring roles without needing them to adjust to the NHL right away will allow the Sabres flexibility in their future. General manager Kevyn Adams has two drafts under his belt so far and has shown he can make good choices despite potential star power of the player available to him. Having this kind of restraint has been a massive reason for Buffalo’s potential turnaround.

Related: Sabres Would Be A Perfect Spot for John Gibson

Whether Lambert or Howard fall to be selected at 16th overall, or Nazar moves up, picking another forward with their second first-round pick this year is paramount. Defensemen take time to grow and can be selected later in drafts. This is the time for Buffalo to continue the trend of smart drafting, and the development of these players can make all the difference in the long run; especially considering the method in which the Colorado Avalanche built their team en route to their 2022 Stanley Cup victory.

I have been a hockey and Buffalo Sabres fan since I was in middle school. Through the good times and the very long bad times, I have stuck by this team with the hope that one day we would become a powerhouse in the NHL. Now I join The Hockey Writers as I hope to talk about this Buffalo Sabres team on an upswing. I love this team with all my heart, and I take pride in my ability to know players, prospects, and so much more. As a hockey fan I have a particular taste for young players and prospects; doing mock drafts, looking up stats, guessing potential, doing player comparisons, all of it. The idea of the future skill in the NHL is one of my favorite things to think about, write about, and talk about. I am also an avid NHL gamer with a top ranked team in the “Threes Eliminator” mode.