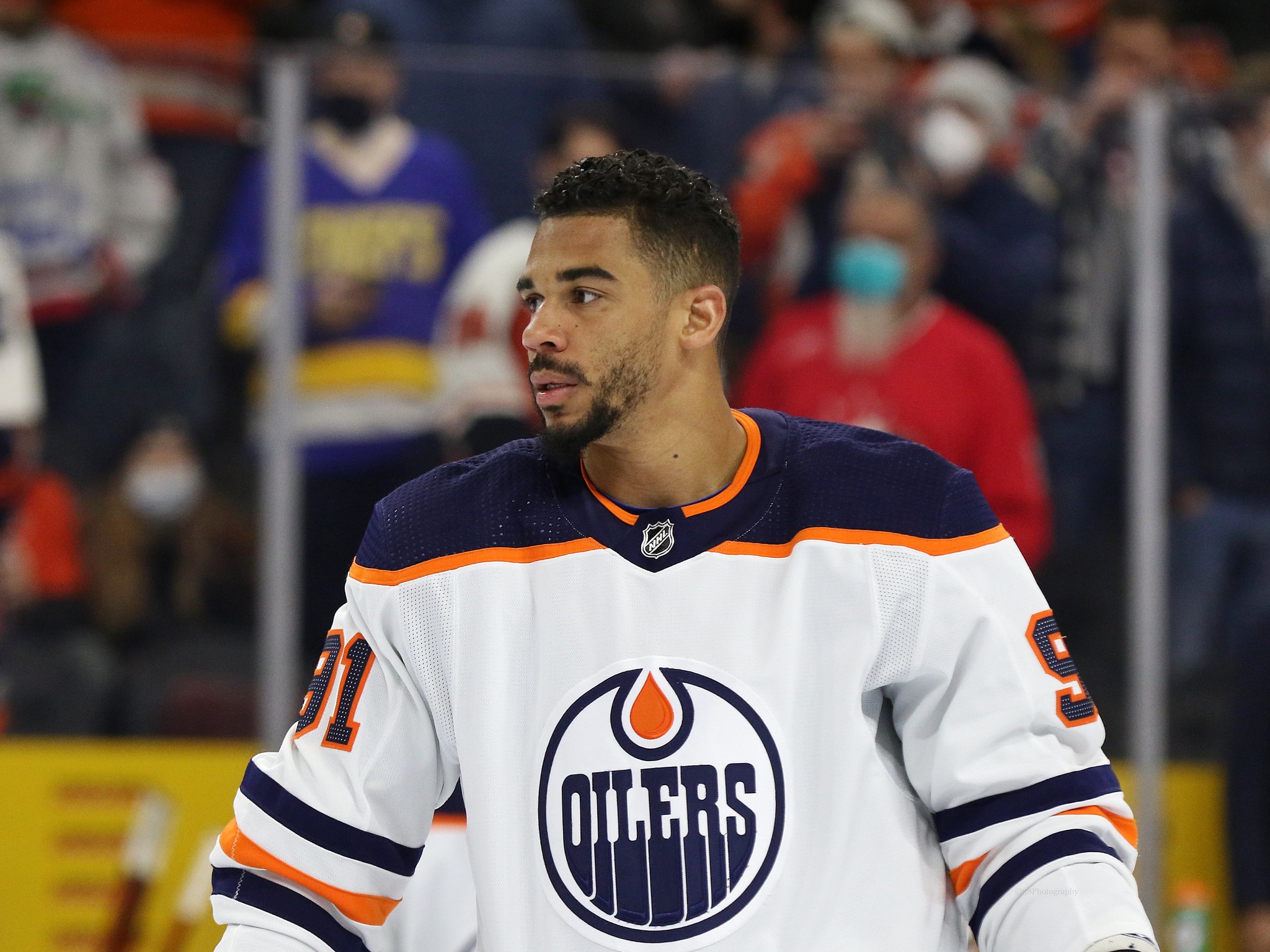 It’s no guarantee that the Edmonton Oilers will be able to bring Evander Kane back after a stellar half-season with the team on their run to the Western Conference Final. There is definitely interest out there and other teams that could use the scoring/physicality in their top-six. As free agency nears and Kane is set to earn a big pay raise in free agency, let’s look at three possible landing spots for next season.

Edmonton is of course a likely destination for Kane as he enjoyed tons of success there. The Oilers are now a team that has a legitimate chance of winning the Stanley Cup and players will want a chance to play beside two of the best players in the world. Kane has the inside track, though, as both the Oilers and he have expressed interest in him staying put. However, there are many moves to make to free up the needed cap space before the Oilers can be certain they have room for him.

There shouldn’t be restraints on what Ken Holland has to do to bring back the player who scored a combined 35 goals in 58 games, as the Oilers have searched for this exact type of productive player on the wing who can finish plays for a long time. Both Connor McDavid and Leon Draisaitl reached out and wanted him to come to Edmonton before he made his decision, and it worked out better than anyone could have hoped for.

Kane fit right in on the top line beside McDavid and also worked well with Draisaitl on the second line. During the playoffs, he was a part of a loaded-up Oilers top line that was nearly unstoppable. Though there are risks in terms of signing Kane, as anything longer than a five-year deal will see a noticeable decline. The team is also in win-now mode and will worry about their veterans once they start aging.

The Washington Capitals have a few more years max to be competitive, as Alex Ovechkin, Nicklas Backstrom, T.J. Oshie, Evgeny Kuznetsov, John Carlson, Anthony Mantha, and Tom Wilson are all signed between two and four more seasons. After that, it is likely the start of a rebuild for them. So, for the time being, the team is going to do everything they can to win one more Stanley Cup, because we all know how hard that is to do with 32 teams in the NHL and how long it can be between championships.

Ian Oland of RMNB wrote back in June that Ovechkin tried to get Kane to sign with Washington before he chose Edmonton. What would have come of the Capitals if they had gone up against the shaky and untested Florida Panthers in the first round with Kane, the leading goal-scorer of the playoffs on their side?

Nicklas Backstrom is expected to be out long-term after undergoing successful hip surgery and even though he is a centre and Kane is a winger, they will have the cap space and a need for a point-producing forward. If the Capitals are also expecting to go far in the playoffs, they need more players who can play that style of game, hard-hitting and physical. I don’t believe Ovechkin would have changed his mind from mid-season to now, and after the performance Kane put on with the Oilers, the Capitals need that kind of player now more than ever.

The Los Angeles Kings don’t appear to be done adding players to their top-six. They already brought in Kevin Fiala and signed him long-term, but as a team on the rise, tons of high-level prospects and young players, and a good amount of cap space to work with, they can make the necessary moves to build off of last season.

Of course, it may seem weird that Kane goes and plays for the team the Oilers beat and a rival of his other former team the San Jose Sharks, but sometimes players go where the money is, as well as a chance to win. The Kings may be willing to give Kane more term and a longer window to compete for a Cup and he would fit right into the type of player they are trying to add even more of, which is scoring wingers.

The Kings have a good leadership group, so just like in Edmonton, Kane would be able to succeed and be held in check before doing something else that will make the headlines. With Dustin Brown now retired, the Kings could fill the role with a similar player who plays rough but could produce even more offensively.

Kane has become a much more sought-after commodity to have on any team now than he was mid-season when the Oilers took a chance on him. Wherever he goes, he is going to get paid and should have a chance to win a Stanley Cup at the same time.