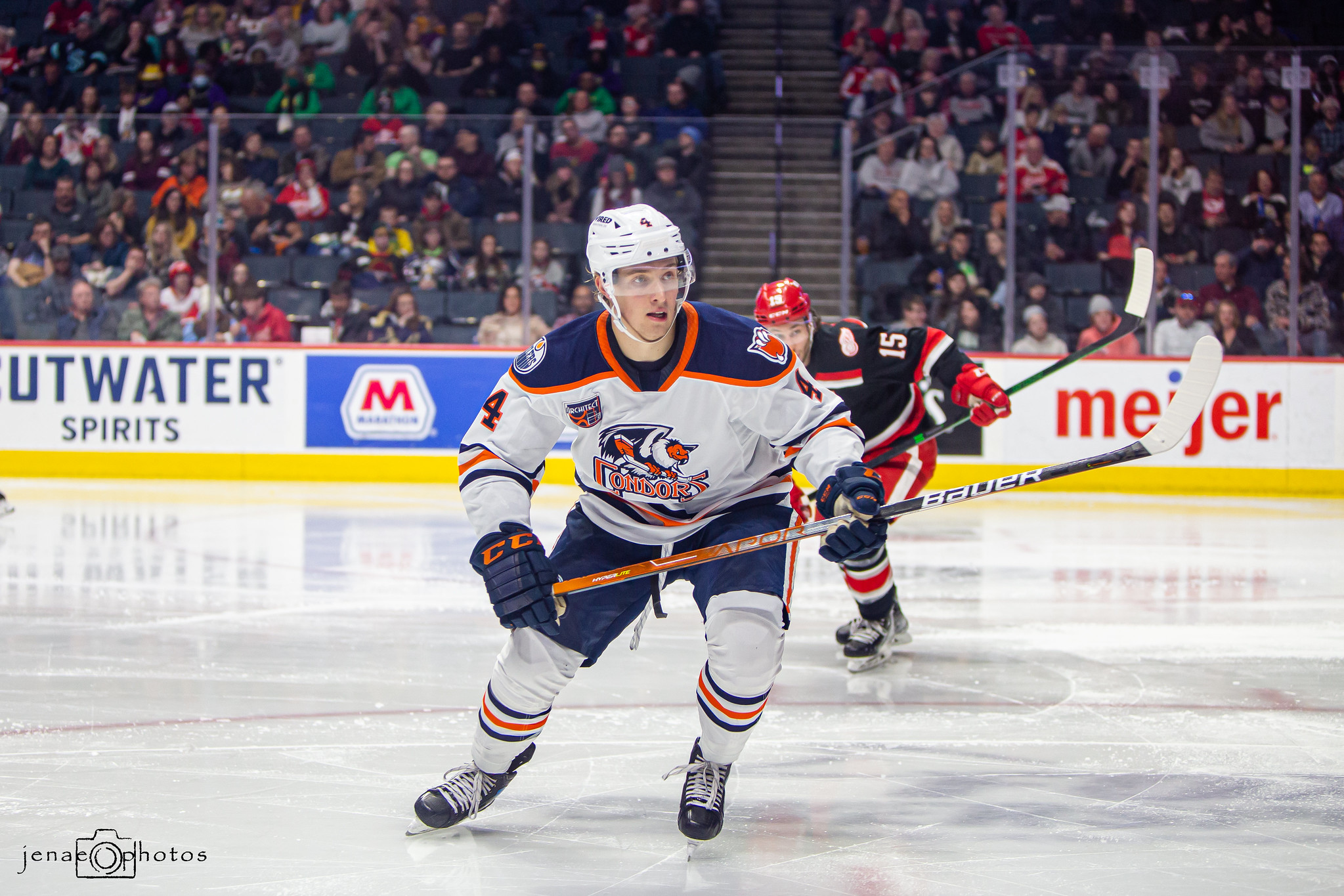 The Edmonton Oilers have done well drafting in the first round and a good percentage of their team is made up of players they drafted. That is how championship teams are built and the Oilers are close. They own the 29th overall pick in the 2022 NHL Draft, so let’s rank the first-round draft picks over the past 10 years.

Widely regarded as one of the worst first overall picks in NHL history, the Oilers missed big time on Nail Yakupov who was their third consecutive first overall pick. That should have been enough for the Oilers to come out of their rebuild much sooner than they actually did, but as Yakupov was seen as the clear number one overall choice who dominated in juniors and the World Junior Championships, he couldn’t transfer his play to the NHL level.

Yakubov started off strong as a rookie, scoring 17 goals and 31 points in 48 games before slowly going downhill over the following three seasons until the Oilers had enough. He was and still is a very one-dimensional player who only focused on offence, as he finished his four-year career in Edmonton with 50 goals and 111 points in 252 games while posting a minus-88 in the plus/minus column. After one season in St. Louis and another in Colorado, Yakupov returned to the Kontinental Hockey League (KHL) where he still plays. He is the only first-round selection the Oilers have chosen in the past 10 years that still isn’t with the organization.

Speaking of still being with the organization, Jesse Puljujarvi may join Yakupov as a former member of the Oilers as trade rumours have started to heat up. The Oilers and Puljujarvi have played this game before when he went overseas for a year before returning under new management. It appeared to have worked, as he didn’t have a sense of entitlement as a young and inexperienced player and worked his way up the depth chart.

Puljujarvi scored 15 goals and 25 points in 55 games last season in what looked like a big step forward from the last time the Oilers had seen him play in the NHL. That continued into the first half of the 2021-22 season where he started hot and solidified his spot on the top line. That all came crumbling down after his mid-season injury where he was unable to generate any offence and got bumped down the lineup.

The former fourth overall pick had a very strong showing before being selected, as there was a ton of stellar talent that went soon after him that the Oilers can only wish they had considered. With 46 goals and 98 points in 259 games, Puljujarvi still plays a great defensive game and can forecheck well. While he still has time to break out, he’s already a late bloomer as far as forwards go.

Kailer Yamamoto, drafted at 22nd overall has turned into a solid winger for the Oilers after proper development. The Oilers’ forwards drafted in the first round were generally pushed into the NHL too soon and they were unable to adjust to the pro game as well. After a couple of short trial runs in Edmonton, he spent about a season and a half in the American Hockey League (AHL) playing great hockey on the Bakersfield Condors’ top line before getting the call and finishing the 2019-20 season off strong.

26 points in 27 games was unrealistic to think he could replicate the following season and understandably took a bit of a step back before heading back in the right direction this season. He is a top-six forward on the Oilers but may be a middle-six forward on some other teams that have better winger depth by the style Yamamoto plays with and how much he produces. He looks to be a part of the solution for the Oilers as they should sign him soon. He has 40 goals and 93 points in 186 career games, but is on the rise and is still a good draft pick for the Oilers at the position they got him at.

Xavier Bourgault is the Oilers’ most recent draft pick and tied for the latest first-round pick they have had in the past 10 years. He had a monster season for the Shawinigan Cataractes of the Quebec Major Junior Hockey League (QMJHL), scoring 36 goals and 75 points in 43 games in the regular season and 12 goals, and 22 points in 16 playoff games, as his team went to the Memorial Cup.

Considering he has shown a great level of skill in junior, he projects to be an offensively gifted top-six forward in the NHL. He also put up much better numbers than Yamamoto in the Canadian Hockey League and is ranked higher than he was despite not seeing what his game will transfer to in the NHL.

Dylan Holloway was the Oilers’ 2020 first-round pick who went in the middle of the first round. He has taken a different route than most of the players they have drafted, as he spent two seasons at the University of Wisconsin and appeared to be primed to play in the NHL all of last season before an injury. Upon returning, he played 33 games for the Condors tallying 22 points after a bit of a slow start.

Holloway earned a callup when the Condors were eliminated and got into the last game of the playoffs for the Oilers. The latest scouting report on him is that he has a similar style of play to Zach Hyman, but is an even better skater. He is expected to find his way into the top nine and likely make the team out of training camp in 2022-23. He has the talent to soon play in the top-six with some more development and experience playing against the top talent in the world.

As most defencemen, it has and will take Philip Broberg some more time to fully develop and adjust to the NHL. He got his first taste of action this past season when the Oilers’ defence was riddled with injuries and made his mark in 23 games, despite only scoring one goal and three points. He was playing above his weight class and was thrown right in the fire due to the situation on the roster. He is expected to have a spot on the team next season as he’s played two seasons in the Swedish Hockey League (SHL) and most of last season in the AHL lighting it up.

Drafted at eighth overall, he still has tons of potential and had an impressive season all around. He was very consistent in his rookie season in the AHL, not going more than two games without recording a point and has very smooth skating. He still projects to be a top-three defenceman in the NHL and could have a full-time role in the NHL as soon as next season.

Darnell Nurse is one of the best defencemen in the league who flies under the radar. Many will say he’s overpaid, but that’s just what needed to happen to keep their number one defenceman around in Edmonton through his prime. He may not produce a ton like most players making as much as he does, but he is big, strong, fast, and a great two-way defender. He constantly plays the most minutes for the Oilers, always against the opponents’ top players as well.

He was drafted seventh overall in 2013 and there’s no defenceman or even player taken after him that I’d rather have on the Oilers right now. He finished seventh in Norris Trophy voting in 2020-21 when he scored 16 goals and has now put up well over 30 points in four consecutive seasons while playing heavy minutes on the penalty kill and some on the power play if need be. It’s hard to find someone better than a number one defenceman in the draft.

It was a tough decision choosing Evan Bouchard as the better first-round pick than Nurse, but Bouchard’s ceiling is very high after his first full season in the NHL. He scored 12 goals and 43 points in 81 games and at times, took over the top unit duties on the point for the Oilers’ power play. His play accelerated the plans on defence and has seemingly forced their hand in trading Tyson Barrie.

Bouchard has a very good shot and a knack for walking the line and getting shots through and on net. He has tremendous offensive IQ and developed through the season on the defensive side of the puck thanks to Duncan Keith’s mentorship. With more time and adjustment to the NHL, Bouchard has a high percent chance of also becoming a number one defenceman, but with more offensive upside than Nurse as he’s already recorded more points in a season than Nurse has.

Leon Draisaitl would be number one on many other teams’ lists if it weren’t for the Oilers’ captain, but he is still one of the best players in the league year after year. Taken at third overall, it took him over half a season of development in the AHL before he stepped in and was impactful for the Oilers. He has an underrated defensive game and is very good at killing penalties when called upon. He also has a sneaky shot, is one of the best at protecting the puck in the league when it’s on his stick, and is great in the faceoff circle.

Draisaitl gives the Oilers options as he can easily run his own line but is also dynamic when put with Connor McDavid on the top line to produce offence every time they’re together. Draisaitl has won the Hart Trophy, Art Ross Trophy, and a Ted Lindsay Award while recording over 100 points in three of the past four seasons. The other season he was well on pace to do so as well, except it was a 56-game schedule rather than 82. He is also a two-time 50-goal scorer and has scored more than 15 power-play goals in four consecutive seasons.

The best player in the world, McDavid, is of course number one on this list, as he is the definition of a generational talent. He has won four Art Ross Trophies, three Ted Lindsay Awards, and two Hart Trophies, and has scored 100 points in five of his seven seasons in the NHL. In the two in which he didn’t reach the century mark, he missed a bunch of games.

McDavid also had one of the most impressive playoffs you will witness in your life as he put the Oilers on his back and took them to the Western Conference Final this season. He scored 10 goals, and 33 points, and was a plus-15 in 16 games. He is constantly talked about alongside the best players to play the game and for good reason. He is also just reaching his prime, so buckle up.

Do you agree with the order? If not, which players would you change around? Let me know in the comments below.

What’s next for the NHL and the Metaverse?
Mangiapane nets 3-year deal, $17.4 million from Flames, avoids salary arbitration
Canucks Forgotten Ones: Mike Keane
Hockey Canada has a long way to go to build back trust, parents and politicians say
Canada beats Sweden 4-1 to claim gold in Hlinka Gretzky Cup