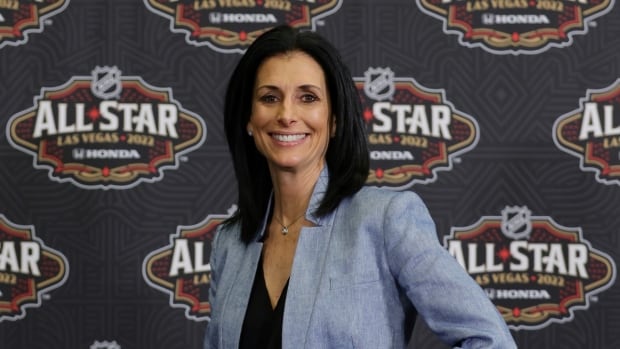 The Kings said in a release Thursday that Rhéaume will join the team as a hockey operations adviser with a focus on prospect development.

She will report to the Kings’ director of player personnel, Nelson Emerson.

Rhéaume, who will be based in Michigan, will also be involved with “designated assignments within the hockey operations department,” the team said.

Rhéaume made history in 1992 when she became the first woman to play in an NHL game, suiting up for the Tampa Bay Lightning in a pre-season contest against the St. Louis Blues.

She won a silver medal as a goaltender with Canada at the 1998 Nagano Olympics, the first to feature a women’s hockey tournament. She also helped Canada win gold at the 1992 and 1994 world women’s hockey championships.

“I’m excited to join the Kings and look forward to working with our young players as they go through their individual development process,” Rhéaume said in a statement.

“There are so many elements that factor into a player’s journey once they join an organization, and my focus will be on helping to provide them with the tools and guidance they need to ease that transition as the strive to reach their ultimate goal of playing in the NHL.”

Manon Rhéaume becomes the first woman to play in the NHL. Footage: NHL