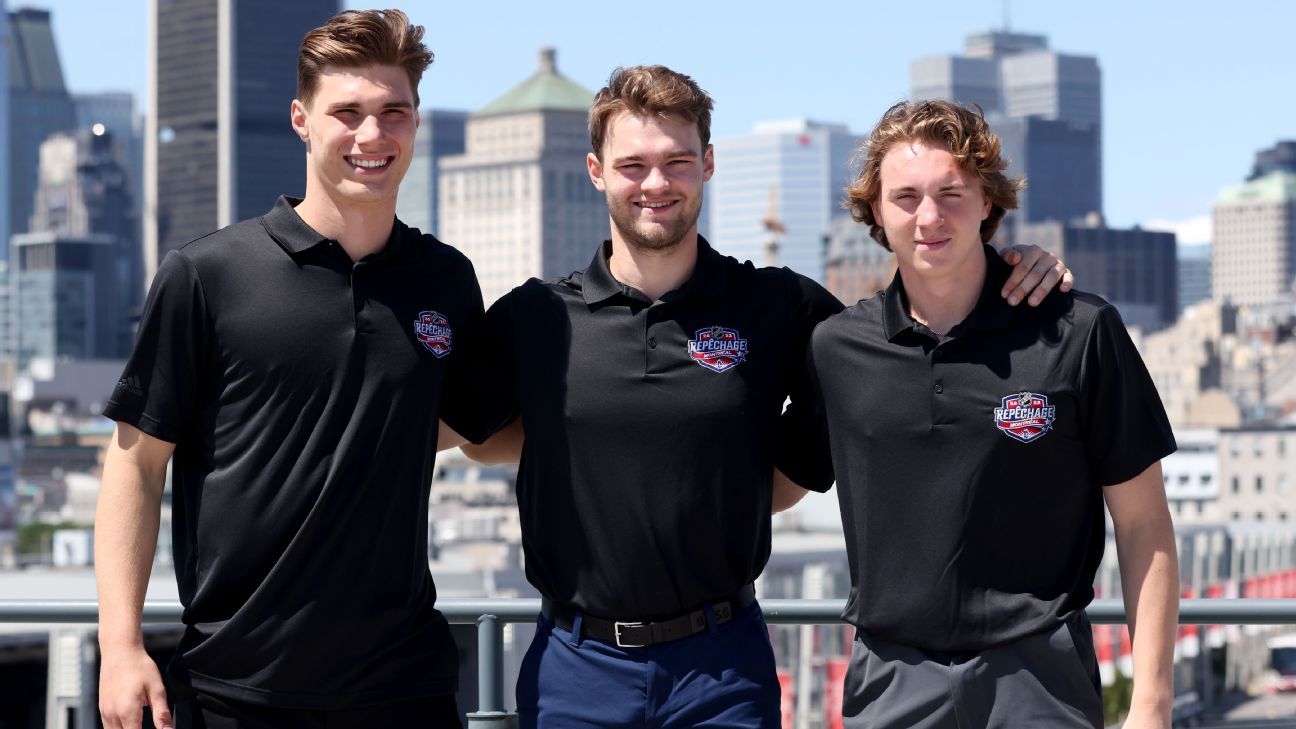 The 2022 NHL draft is finally here! From the first round (7 p.m. ET Thursday, ESPN), all the way to pick No. 225, this page will be your home for tracking every selection, including notes on team fit for the 32 players taken in the first round from Kristen Shilton and Greg Wyshynski.

The first night of the draft got off to an exciting start, as the Ottawa Senators acquired winger Alex DeBrincat from the Chicago Blackhawks for the No. 7 pick, No. 39 pick, and a third-round pick in 2024.

How he fits: Shane Wright was the de facto No. 1 pick for years leading up to this draft. Fans of teams looking to tank tweeted #PainForShane. But in the end, it’s the Slovakian winger who goes first overall. The 6-3 winger made a spectacular impression in international play at the Beijing Winter Olympics and the world championships. He’s not going to run over anybody despite his size; it’s his speed that makes him exceptional. This is a pick about what Juraj Slafkovsky can become, not for what he is. As one draft observer told me recently, he has “all the tools without the toolbox” at the moment. But his ceiling is high — high enough, it seems, for the Canadiens to opt not to do the Wright thing. — Wyshynski

How he fits: With Slafkovsky off the board, the Devils passed over centers Shane Wright and Logan Cooley to select puck-moving defenseman Nemec. That’s back-to-back Slovaks in the top two picks, and they were 2022 Olympic teammates. Nemec is a right-handed defenseman who was considered one of the “plug-and-play” options in the top 10 for his NHL-readiness. He had six points in eight games at the world championship, and played three seasons as a pro in Slovakia. This is the fourth time in the last five years the Devils have drafted a defenseman in the first round after Luke Hughes (2021), Shakir Mukhamadullin (2020) and Ty Smith (2018). With Jack Hughes, Nico Hischier and Dawson Mercer, the Devils may have felt they were set at center. With Nemec joining those young defenseman and star Dougie Hamilton, they’re solidifying the back end. — Wyshynski

How he fits: The Coyotes had their pick of centers Shane Wright and Logan Cooley. They opted for the USA Hockey National Team Development Program product in Cooley, as Wright’s plummet continued. In the past, Cooley’s 5-10 frame might have been a hindrance. Not in today’s NHL. The strong two-way center cites Patrick Kane as an inspiration for his play, but admits he needs some work on his long-range shooting to hit that level of goal-scorer. The Coyotes need … well, everything. In Cooley they get a player who has more offensive upside than Wright, according to many scouts. He had 75 points in 51 games this season. — Wyshynski