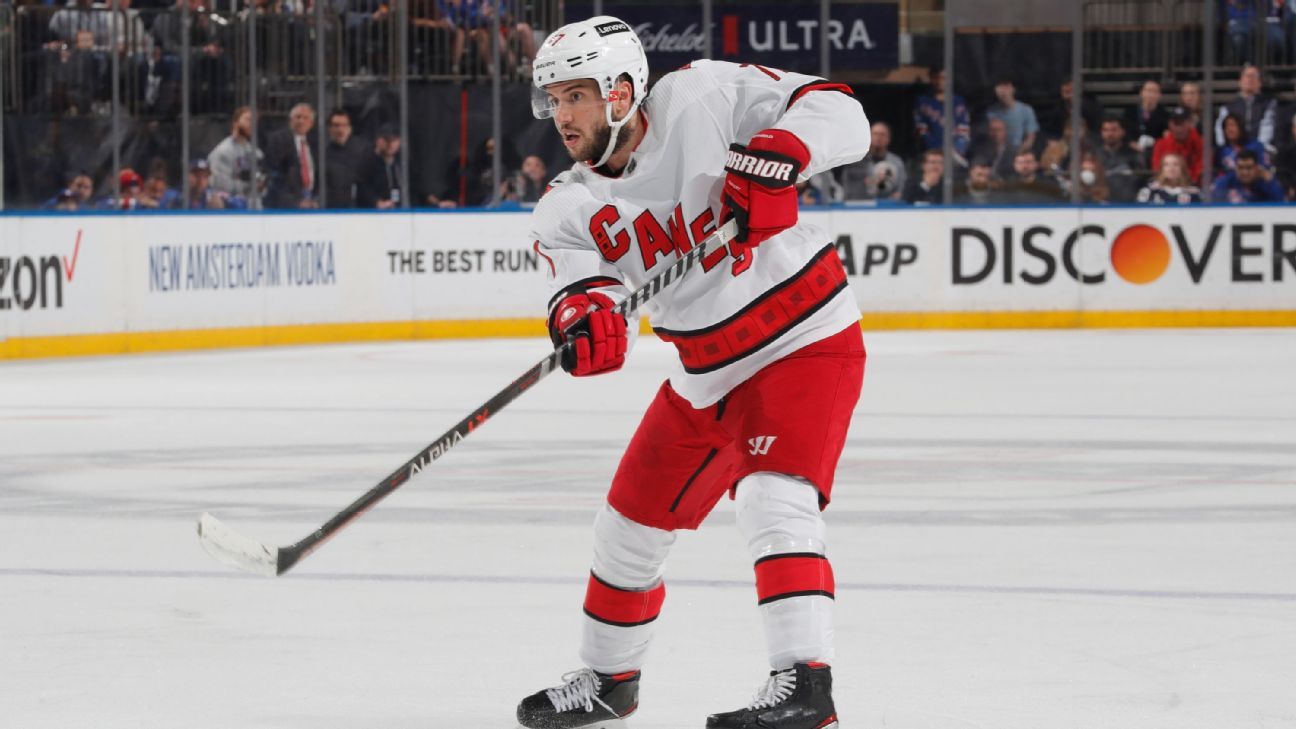 The trades continued to flow during the 2022 NHL draft’s second day, as the Philadelphia Flyers acquired defenseman Tony DeAngelo from the Carolina Hurricanes in exchange for a fourth-round pick (101st overall, used on Simon Forsmark) in 2022, third-round pick in 2023 (the lowest of Philadelphia’s three picks) and a second-round choice in 2024.

The move was a little bewildering for the Flyers, who weren’t particularly close to the playoffs in 2021-22. Here’s how both GMs did in the swap:

Let’s start with the obvious question: What compelled the Flyers to trade three draft assets to the Hurricanes for a restricted free agent that the Hurricanes would have theoretically walked away from this offseason? One assumes it’s because they weren’t the only team in the market for Tony DeAngelo, a right-handed shot, point-producing defenseman.

But looking at the big picture, in the last year the Flyers have now traded a first-rounder, three second-rounders, a third-rounder, a fourth-rounder, Shayne Gostisbehere (in a salary dump) and Robert Hagg for the services of DeAngelo and Rasmus Ristolainen

As asset management goes … well, there they went.

DeAngelo had 51 points in 64 goals for the Hurricanes last season, splitting 31 points at even strength with 20 points on the power play.

“We’re very happy to add Tony to our team and I know he is very excited to join the Flyers,” Flyers GM Chuck Fletcher said. “We did our due diligence and we strongly believe in Tony and his ability to help our team. He is a right-handed shot who moves the puck extremely well and will drive offense from the back end for us.”

The “due diligence” part is, of course, a reference to DeAngelo’s off-ice issues that led him out of New York and his on-ice emotions that weren’t beneficial to the Hurricanes in the playoffs. DeAngelo had two points in his last nine playoff games against the Bruins and Rangers.

He’ll now play for new Flyers coach John Tortorella. Good luck with all of that.

There are some things to like here. DeAngelo can quarterback a power play. From a logistical standpoint, the Flyers had a need on the right side with Ryan Ellis expected to start the season on long-term injured reserve. While DeAngelo is expected to make $5 million against the salary cap, his term is only two years. Frankly, that term saves the grade from being lower.

But a lot can happen in two years.

What else can you say? The Hurricanes signed DeAngelo at a point when his value was practically subterranean for $1 million. They put him in a position to succeed, in a quiet market where he could rehabilitate his image. They didn’t intend to re-sign him — for financial reasons, for character reasons, or maybe for both — and turned him around for a second-round pick in 2024, a third-round pick in 2023 and a fourth-round pick (101st overall) in 2022 that they used to draft Forsmark, a big body who projects to be an NHL player down the road.