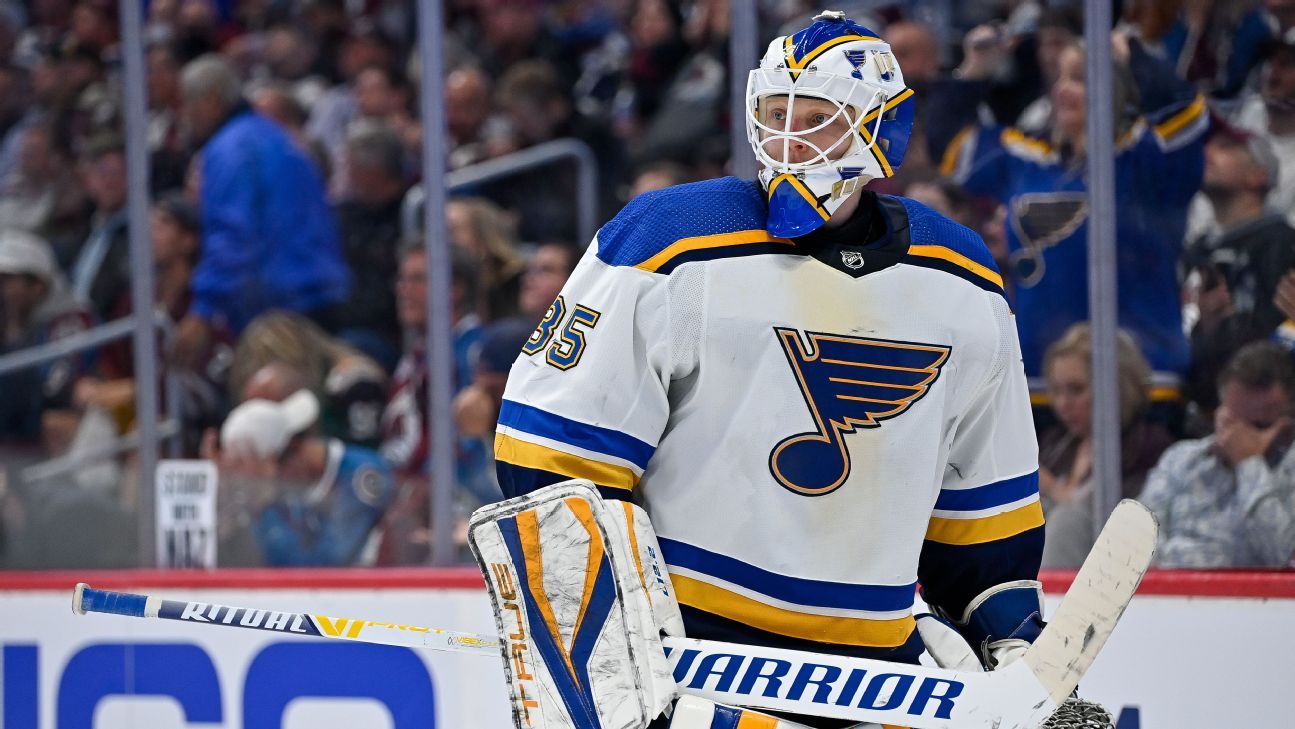 The free-agent goalie market continues to thin after the St. Louis Blues traded the signing rights of pending unrestricted free agent Ville Husso to the Detroit Red Wings on Friday for the No. 73 pick in the 2022 NHL draft.

This looks like tidy business by general manager Steve Yzerman. The Red Wings already have Alex Nedeljkovic under contract and Husso projects to form a solid 1-2 partner with him in Detroit’s crease.

Bringing Husso in at a reasonable $4.75 million per season is impressive. The 27-year-old is coming off a career-best season with the Blues in which he took over the starting job from Jordan Binnington in February and backstopped St. Louis toward the postseason. Husso went 25-7-6 on the year, with a .919 SV% and 2.56 GAA, and lost only one of his final 11 regular-season games in regulation.

When Husso did not excel was in the postseason. He got the nod to start St. Louis’ first-round series against Minnesota and after posting a shutout in Game 1, he was shelled for five goals in Game 2 and four in Game 3. Binnington took the net back from there.

Husso would come back in when Binnington was hurt in the Blues second-round series against Colorado, going 1-3-0 before St. Louis was eliminated.

Husso showed more promise than problems, though. Detroit using a draft pick to get exclusive negotiating rights shows how highly it values Husso and believes in his fit within the organization. Husso is likely to regain his regular-season form and that will stabilize Detroit at an important position that’s been in flux.

The Blues believe in Binnington. They have to, given that he’s signed for another five seasons at $6 million per. St. Louis wouldn’t want to invest another nearly $5 million in cap space per year on a backup goaltender, and Husso played himself into that territory.

GM Doug Armstrong could have let Husso walk in free agency for nothing. Or he could get back something. A third-round pick isn’t much return, especially considering how sparse the free-agent goalie market is and how many teams are in need, but if Detroit had the cap space to get an extension done quickly and came in with the highest offer, so be it. At least St. Louis didn’t lose Husso for no return.

Summit Series changed how NHL players prepared for the game
Philadelphia Flyers Jersey History
Devils Gameday Preview: New York Rangers – 09.29.22
3 Oilers in Contention for League Awards in 2022-23
‘We’ve gotta do something with it:’ Pens’ veterans back and hungry for another Cup