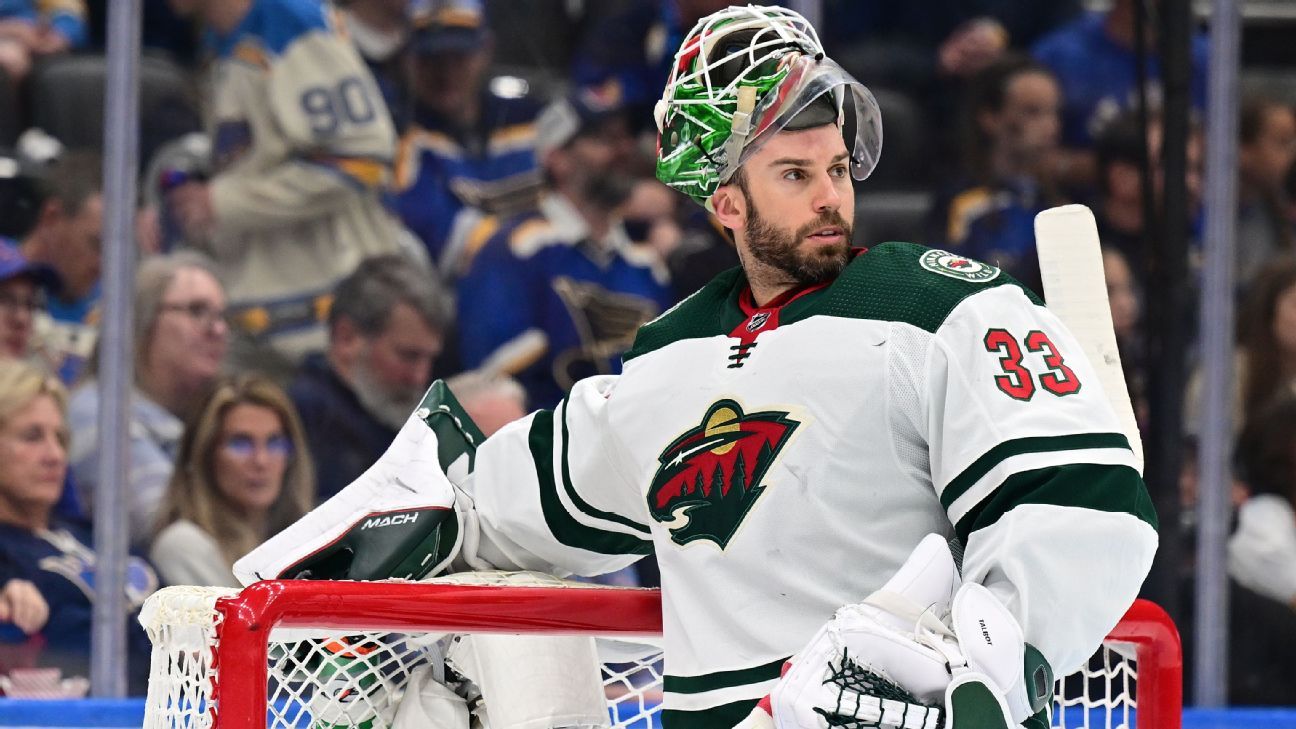 Following the Minnesota Wild‘s re-signing of Marc-Andre Fleury this past week, there was much speculation that Cam Talbot could be on the move via trade. That speculation turned to reality on Tuesday, with the Wild trading Talbot to the Ottawa Senators in exchange for netminder Filip Gustavsson. It’s the second goalie deal the Sens have completed in recent days, having traded Matt Murray to the Toronto Maple Leafs on Monday night.

Who comes out ahead in this one? Here’s how both GMs did in the swap:

Pierre Dorion is having himself an offseason, isn’t he? The Ottawa general manager acquired winger Alex DeBrincat from the Chicago Blackhawks and offloaded the last two seasons of Matt Murray‘s contract to the Toronto Maple Leafs while only having to retain 25% of it, and now he pulls Cam Talbot out of Minnesota to create an efficient goalie tandem on his team.

While there should rightfully be questions about the defense in front of them, the Senators did well here to improve their goaltending. Think of it this way: $4,687,500 against the cap for two years of Matt Murray was shipped out, and $3,666,667 against the cap of one season of Cam Talbot was shipped in. Murray remains a reclamation project who only showed flashes of competence in Ottawa, while Talbot is a steady veteran who provides a better partner for Anton Forsberg, the 29-year-old goalie who is better than both of them.

Filip Gustavsson might ultimately determine this grade. The Senators have had him in their system since 2018. They should have a good handle on his ceiling. If they guessed right and he was worth giving up for what’s potentially one season of Talbot, then score this one even higher for Ottawa.

As it stands, it’s another nice piece of business here for Dorion. Talbot is a B-plus move after last season, but we’ll bump it up to an A-minus given all the other moving parts.

At the NHL draft, Minnesota Wild GM Bill Guerin said that the NHL schedule necessitated having two good goaltenders to shoulder the workload. Being that Marc-Andre Fleury is 37 years old, that was even more vital.

“My goal is to win. If we have Cam Talbot or Marc-Andre Fleury in the net, we have a pretty good chance,” he said.

But it was at the draft where Talbot’s relationship with the Wild fell apart.

Please recall that Talbot played 49 games last season in Minnesota. At the trade deadline, the Wild sought to bolster their net by trading Kaapo Kahkonen to the San Jose Sharks and trading for Fleury from the Blackhawks.

Fleury was good in 11 regular-season games with the Wild. Talbot was the better of the two in the weeks leading up to the playoffs. But one does not acquire a three-time Stanley Cup championship goalie to not play him in the postseason, so Fleury started the first five games of their series against the St. Louis Blues and gave up four goals in all three of their losses. Talbot finally got the crease in Game 6 — his first start in 14 days — and gave up four goals in the elimination game loss.

Talbot had one year left on his contract. Fleury was a free agent … until Guerin signed him to a two-year deal last week with $3.5 million in salary during both seasons. Talbot’s contract carried a cap hit of $3,666,667 through this coming season, but his salary in 2022-23 is only $3 million.

So Talbot was making less than his counterpart, and he could see significantly less playing time too, especially in the playoffs. His agent, George Bazos, told The Athletic that he met with Guerin at the draft about bringing Fleury back and what it meant for Talbot. “We both stated our positions. Billy has a lot to think about,” Bazos said.

Guerin said he didn’t believe he had anything to think about and declared then that Talbot and Fleury would be his goalies next season.

“He’s under contract,” Guerin said of Talbot. “He’s a good guy. I’m not going to make a big deal out of this. Hey, my feelings were hurt as a player too.”

Guerin told reporters on Tuesday he knew in his gut that having Talbot come back after this dustup wouldn’t work, so he shipped him out. “That way there’s no drama and controversy,” he said.

There’s also no veteran partner for Fleury now, either.

Guerin intends to have Gustavsson back up Fleury this season. The newest Wild goalie played 27 NHL games over two seasons, going 10-13-3 with a .905 save percentage. Given the current goalie market, this is probably what they roll with into the regular season, with an eye on potential upgrades during the season if this tandem doesn’t click. But given Fleury’s age, having someone this inexperienced who runs hot and cold isn’t ideal.

What keeps this from dropping down to a D grade is the cap situation. The Wild save $2,879,167 on this transaction, giving them just north of $4.3 million in open space. That could be enough to find veteran scoring help in the free agent market. And with promising prospect Jesper Wallstedt waiting in the wings, this was likely Talbot’s last ride with the Wild anyway.