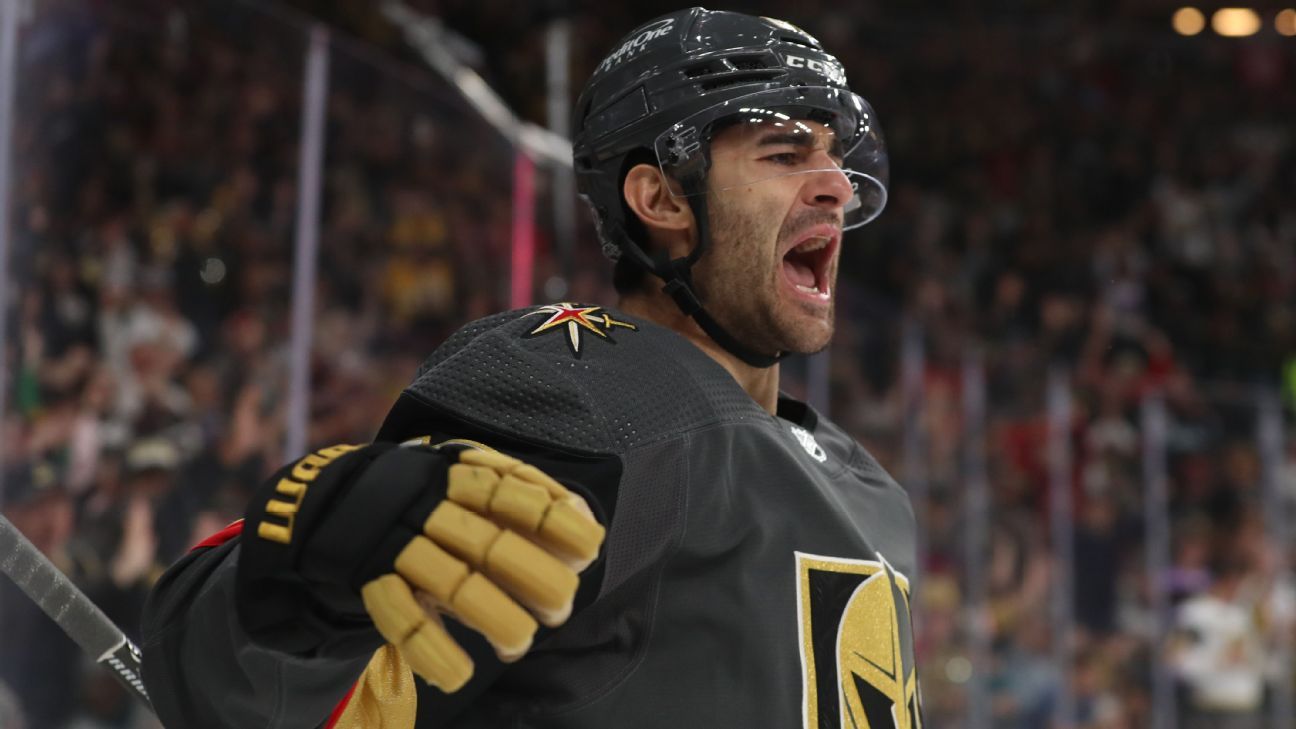 While free agent signings dominated the discussion Wednesday as the market officially opened, there were a few trades as well.

The Vegas Golden Knights dealt forward Max Pacioretty and defenseman Dylan Coghlan to Carolina for future considerations. No salary was retained in the deal as Vegas looked to clear cap space.

Who comes out ahead in this one? Here’s how both GMs did in the swap:

The Golden Knights reportedly had extensions in place with Reilly Smith (three years, $15 million) and Brett Howden (one year, $1.5 million). Those deals would require additional cap space Vegas didn’t have, until it made this move with Carolina.

Trading the final year of Pacioretty’s contract clears $7 million off Vegas’ books and will allow them some flexibility around other contracts. Coghlan is the sweetener here, a 24-year-old right-shot defenseman who moves the puck well and might not have hit his ceiling yet. There’s still a chance he develops further, so giving Coghlan away now isn’t ideal for Vegas. But in order to offload Pacioretty, the Golden Knights had to give Carolina something, and they aren’t getting much in return other than monetary relief.

Vegas has done an infamously poor job managing its cap space of late. Those issues have already cost the franchise Marc-Andre Fleury, Nate Schmidt, Evgenii Dadonov, Cody Eakin and others. Now the Golden Knights say goodbye to a perennial 20-plus goal scorer in Pacioretty in order to get other deals over the line. And Vegas paid handsomely for Pacioretty in 2018 when they sent Nick Suzuki, Tomas Tatar and a second-round draft choice to Montreal to acquire him. Pacioretty has been a great addition, but Vegas backed itself into a ditch so deep the Knights couldn’t see his contract through.

The Hurricanes are immediate winners here. Carolina had been looking to add an impact scorer and found one in Pacioretty. Best of all, the Hurricanes acquired Pacioretty for literally nothing. And they have promising potential in Coghlan to boot.

At 33, Pacioretty hasn’t lost the scoring touch that made him a star. The former Canadiens captain generates opportunities, is an elite finisher and retains a wicked shot. All that will play well in the Hurricanes’ lineup as they look to improve on a ninth-place finish in scoring last season. Carolina really saw its goals dry up in the postseason, though, as the Canes averaged just 2.64 per game. Plus, Pacioretty has years of leadership experience on his side that will be an asset in Carolina’s locker room. Whatever Coghlan can add is gravy.

Really, this trade comes with no negatives for the Hurricanes.