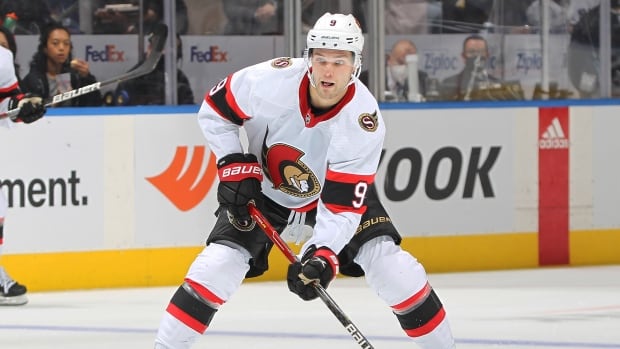 The Ottawa Senators have locked up a big piece of their young core by signing Josh Norris to an eight-year, $63.6-million US contract.

Norris was selected in the first round, 19th overall, by the San Jose Sharks in the 2017 NHL draft.

The native of Oxford, Mich., teamed with Senators captain Brady Tkachuk to lead the United States to gold at the 2017 world men’s under-18 hockey championship. He also helped the Americans win bronze at the 2018 world junior championship, and had three goals and six assists in seven games when the Americans took silver a year later.

Norris will return to a revamped Ottawa offence next season that added top-six forwards Alex DeBrincat and Claude Giroux.

Leafs add a pair of defenceman

Benn, a 34-year-old from Victoria, B.C., recorded eight points (one goal, seven assists) in 39 games with the Minnesota Wild during the 2021-22 season.

He originally joined the Dallas Stars organization as a free agent on September 27, 2010.

Mete, a 24-year-old from Woodbridge, Ont., recorded seven assists in 37 games with the Ottawa Senators during the 2021-22 season. Has has 43 points (five goals, 38 assists) through 236 career regular-season games with Ottawa and Montreal and has collected two assists in 10 career playoff games.

Mete was an assistant captain with the Canadian team that won gold at the 2018 world junior championships, and recorded three assists in six games in the tournament.

Mete was originally selected by Montreal in the fourth round (100th overall) in the 2016 NHL Draft.

The Washington Capitals signed centre Dylan Strome to a one-year contract worth $3.5 million on Thursday.

Strome was an unrestricted free agent after Chicago elected not to make him a qualifying offer before the start of free agency Wednesday.

Washington added a centre in the midst of some uncertainty at the position. Nicklas Backstrom, 34, has said he will attempt a comeback from hip surgery.

Strome also has appeared in nine career playoff games. He has two goals and one assist in those contests.

He was not the only member of the Strome family on the move this week. His older brother, Ryan Strome, left the New York Rangers in free agency to sign a five-year deal with the Anaheim Ducks.