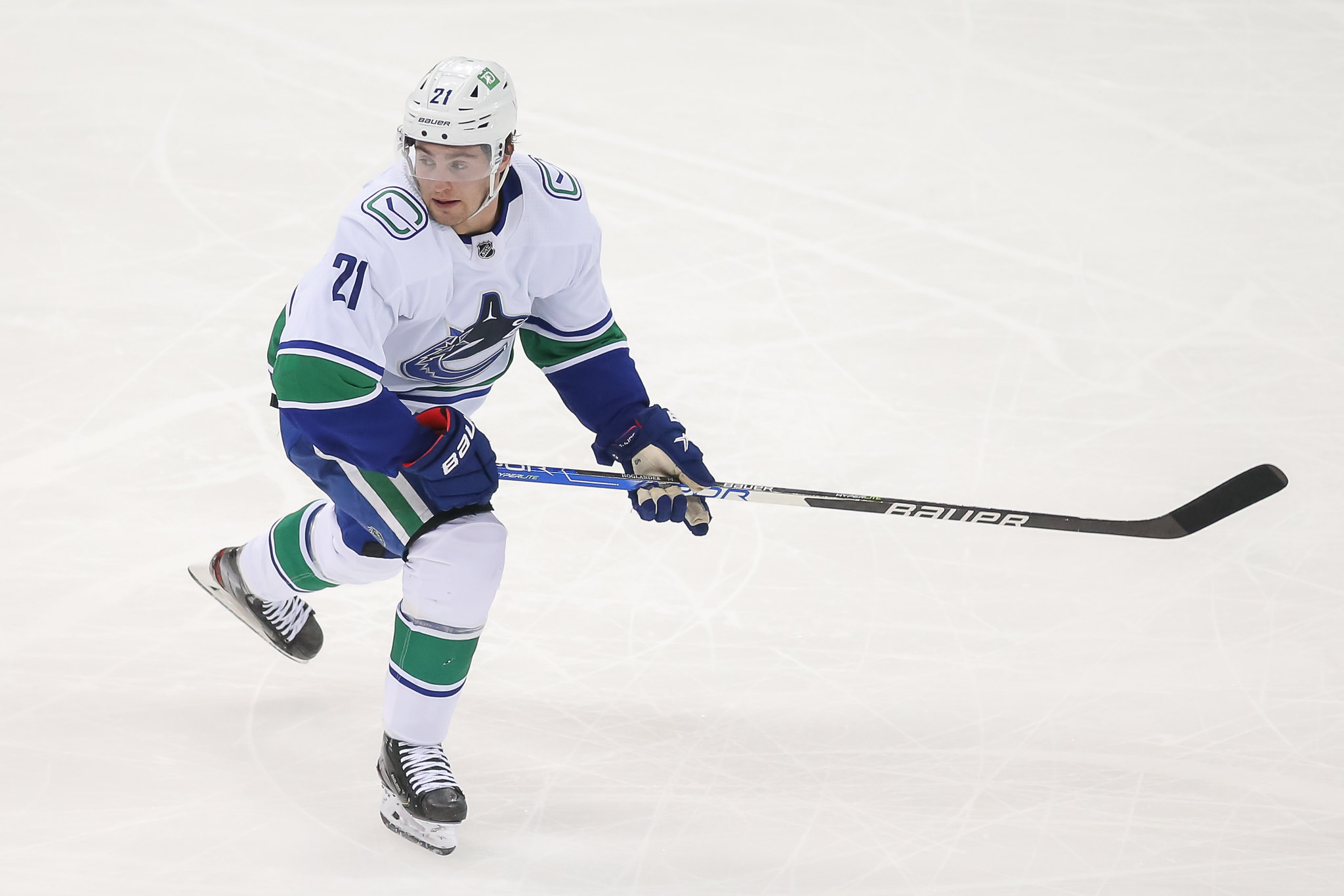 The Vancouver Canucks enter the 2022-23 season with a variety of questions that need to be answered. Most pressing is what will the opening night lineup look like? With multiple additions to the forward group and no subtractions, there is sure to be competition resulting in regulars from the 2021-22 season losing their place on the roster. With that in mind, here are three players that may have lost their spot in the 2022-23 opening night lineup.

This issue with Nils Höglander is that there isn’t a spot in the lineup where it makes sense to insert him. The top-nine is full, and his game doesn’t translate well to the type of style coach Bruce Boudreau likes to deploy with his fourth line. He also struggled during his sophomore season recording nine fewer points despite playing four extra games, while also seeing a decrease of 17 takeaways compared to his rookie season. Lastly, he saw fewer minutes per game after the coaching change as his ice time dropped from 14:23 per night to 12:10 over his final 35 games. All of this could lead to him being removed from the opening night roster.

For Höglander to continue his development, he needs to play more minutes and be given opportunities to succeed. That is why him starting the season in the American Hockey League (AHL) might be the best option. Instead of being forced to play a fourth-line role that will limit his growth, he can play 18-20 minutes in the top six for Jeff Blashill in Abbotsford. He is exempt from the waiver process, which would allow the Canucks to send him down with no problems. Players like Joshua and Lockwood are built to play fourth-line roles, which is why this move would make sense. Once he starts to rediscover his confidence, Vancouver then can feel more confident moving a top-nine forward, knowing that he has shown some progress during the season. He hit a wall in his sophomore campaign, which is not uncommon, but now is a great chance to see what he can do in the AHL and show that his rookie year was not a fluke.

The 2021-22 season was a difficult one for Jason Dickinson as he put up the worst statistical season of his career since 2017-18. For whatever reason, he never fit properly in Vancouver and couldn’t live up to the hype as the team’s third-line center. Whether it was in the faceoff dot or on a breakaway, it was a frustrating campaign for the former Stars forward.

Related: Canucks Need Dickinson to Step Up in Second Half of the Season

As for the 2022-23 season, there is no fit for Dickinson to start the year in Vancouver. Some may say Pearson could drop down, but it is clear coach Boudreau wants to keep him on a line with either J.T. Miller or Bo Horvat. That leaves the fourth line as his only option, but based on the way Canucks management has sung the praises of players like Lockwood, Lazar and Joshua this offseason, it is hard to believe that won’t be the team’s fourth line to start the season. Lastly, an argument could be made that he deserves a spot due to his penalty killing, but with the addition of Mikheyev and the extra penalty killing responsibilities expected to be given to Pettersson, there still is no space for him. Sometimes, trades don’t work out, and this one is looking like a swing and a miss for Vancouver.

There are a couple of factors when discussing Tucker Poolman’s 2022-23 campaign. First, will he be 100 percent healthy to start it off? The right-shot defenceman suffered some serious injuries, including what was described as migraine-related issues during the 2021-22 season. Even if injuries don’t play a factor, he may lose his spot based on one small move the Canucks made at the trade deadline last season.

The Canucks acquiring Travis Dermott from the Toronto Maple Leafs showed that they may be ready to move on from Poolman after only one year with the team. Despite being a left-shot, the former Leaf can play both sides of the ice and is projected to play next to Jack Rathbone, who was recently given a one-way contract. As for the other right-shot defenceman, it is hard to believe he will beat out either Luke Schenn or Tyler Myers for a spot in the opening night lineup. He also doesn’t fit the Canucks style as he can’t transition the puck quickly and doesn’t get shots on goal in the offensive zone. Despite the long-term commitment, he looks to be the Canucks’ seventh or eighth defenceman entering training camp.

The fact that these three players may not make the opening night lineup is a positive because it means the Canucks finally have strong enough internal competition. Instead of just filling roster spots with career AHLers, Vancouver has built a top-nine that should be near the top of the league when it comes to offensive production. While their defence still needs some work, all six are NHL-quality defencemen that can make a difference night in and night out. This is refreshing to see and should force management into some tough decisions when it comes to who makes the opening night roster and who has to watch from the rafters.

Adam is excited to be joining The Hockey Writers as part of the Seattle Kraken and Vancouver Canucks team. His work can also be found at area51sportsnet.com where he covers the Vancouver Giants of the Western Hockey League.