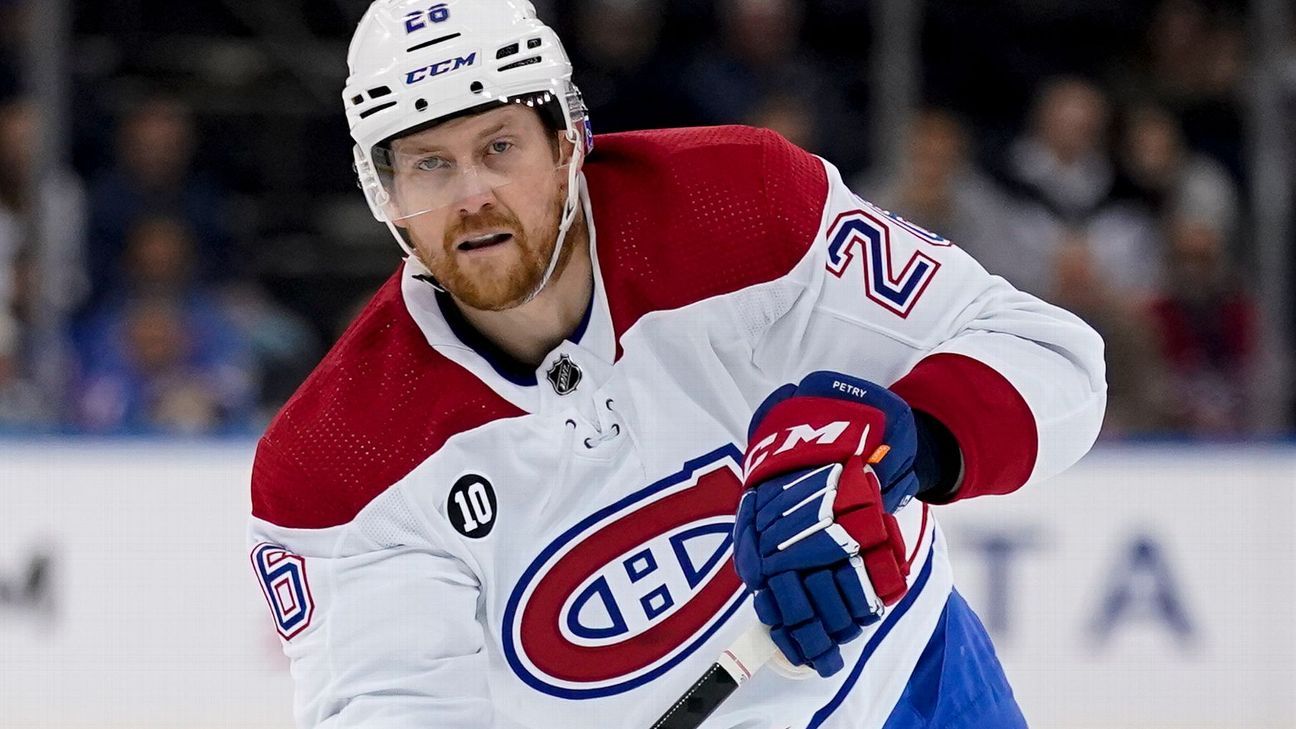 The Montreal Canadiens traded veteran defenseman Jeff Petry, along with forward Ryan Poehling, to the Pittsburgh Penguins on Saturday in exchange for defenseman Mike Matheson and a fourth-round draft choice in 2023.

Petry is signed for the next three seasons with a $6.25 million salary-cap hit. Montreal did not retain any of his salary in the transaction.

The 12-year veteran has appeared in 803 NHL games between the Canadiens and Edmonton Oilers. Petry was traded to Montreal in 2015 and enjoyed a mostly successful tenure with the club. It was more recently that the 34-year-old struggled under former coach Dominique Ducharme, and Petry requested a trade out of Montreal last November.

Ducharme was fired midway through the season, and while Petry’s play improved under new coach Martin St. Louis, the veteran still hopes to be moved for family reasons.

The Canadiens were also clearly entering a rebuilding phase that would focus on its young core. Petry’s contract made it difficult for general manager Kent Hughes to find a willing trade partner, especially since Hughes wasn’t keen on just dumping Petry anywhere or keeping any of his cap hit on the books.

No deal came together before March’s deadline, and Petry finished out a down season in Montreal with six goals and 27 points in 68 games.

Hughes said last week that moving Petry was “a priority” but reiterated it had to be the right deal for Montreal. Completing the trade now gives the Canadiens much-needed cap flexibility with approximately $2.4 million in space for next season.

Poehling is a former first-round pick (25th overall) by Montreal in 2017. The 23-year-old has been a solid depth forward in 85 NHL games with 13 goals and 22 points. He is signed through the end of next season.

The Penguins had been looking for a right-shot defenseman, and swapping Petry for the left-shot Matheson helps them do that. Still, Pittsburgh has a glut of NHL defensemen as it is and will now be paying Petry nearly $2 million a season more than they were Matheson. This might be one of multiple moves by the Penguins to sort out their logjam. Earlier Saturday, Pittsburgh dealt defenseman John Marino, 25, to the New Jersey Devils for defenseman Ty Smith, 22, and a third-round choice in next year’s draft.

Matheson should be a strong add for Montreal. He’s coming off a career season on Pittsburgh’s second pairing (11 goals and 31 points in 74 games), likes to play in transition but doesn’t sacrifice in his own zone. The 28-year-old doesn’t project toward being a top-pairing player but should make consistent contributions.