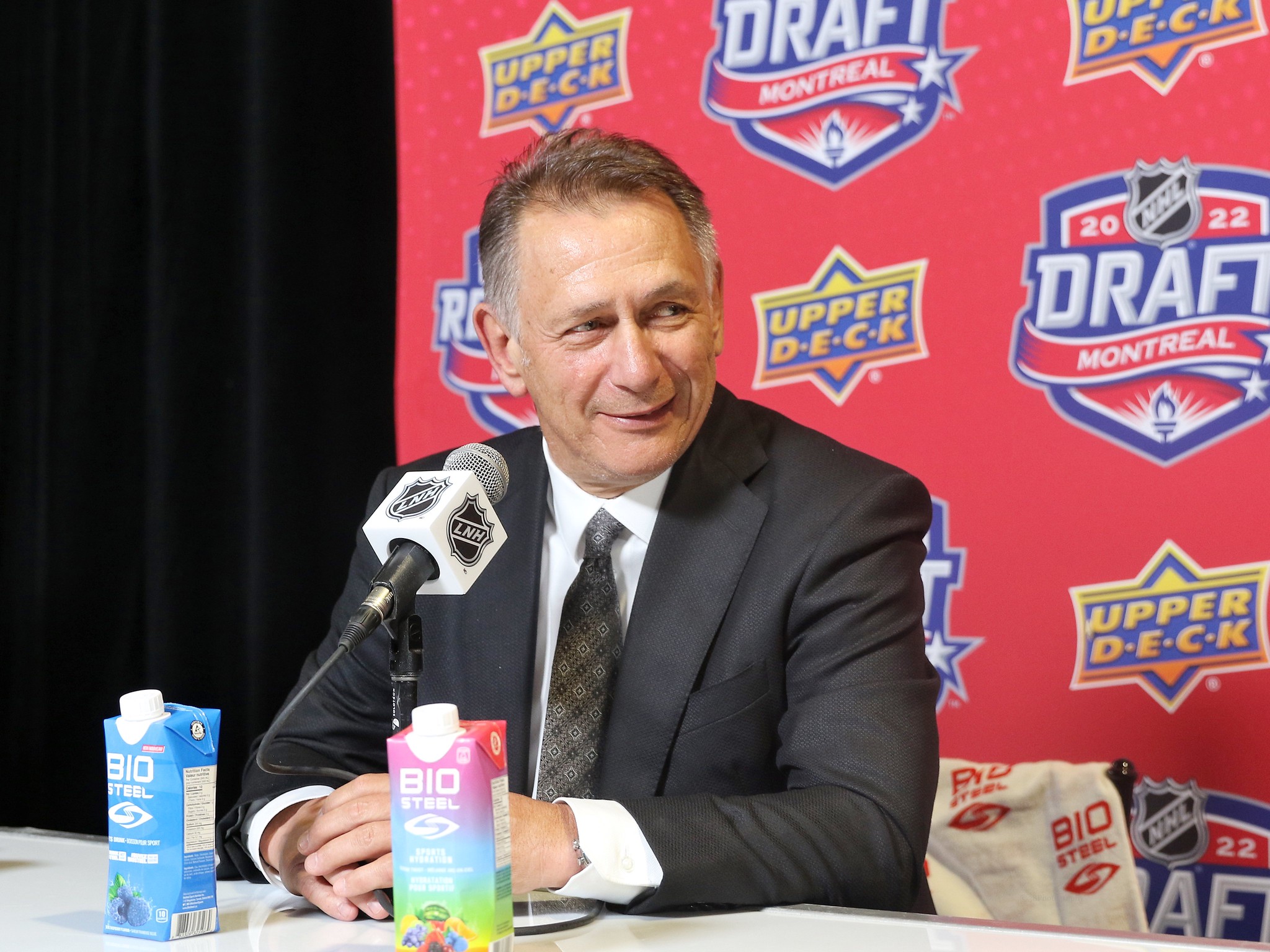 Until he’s ultimately no longer a member of the Chicago Blackhawks, there will be questions surrounding the status of Patrick Kane in Chicago. As that team tears down its roster and quickly descends into despair that is being a frequent lottery team, how players like Kane and Jonathan Toews react to so much losing will be a fascinating story to watch.

Apparently, the Edmonton Oilers wanted to find out if one half of that iconic duo, Patrick Kane, wasn’t interested in going through any of it.

According to Daily Faceoff’s Frank Seravalli, the Oilers called the Blackhawks ahead of free agency and asked GM Kyle Davidson if Kane was available. He noted, “I believe the Oilers have checked in on Patrick Kane, but at this time he isn`t ready to move.” Seravalli goes on to say that Kane wants to see how this season starts in Chicago. He notes that everyone is expecting some pain and Kane is prepared to suffer through some of the rebuilding process. If he moves, “it would likely be an in-season move.”

This is a very interesting development for a few reasons. First, the Oilers did end up re-signing a different Kane. Evander Kane came back to Ken Holland and the organization after checking out the market and realizing that his best fit was the Oilers on a four-year contract extension and at a reasonable number. Was this conversation with the Blackhawks one the Oilers wanted to have when Evander looked like he was going elsewhere? If not, were the Oilers trying to land both Kanes?

Second, even without [Evander] Kane, the Oilers would have been tight against the cap. How they would have put together the pieces of a trade to land [Patrick] Kane who makes $10.5 million for one more season would have been fascinating. The team needed a goaltender and went out and got one in Jack Campbell. As great as Patrick Kane might have looked on this team, the netminder was the priority. But, now that the Oilers have one, and the potential to move more money of the books in different deals, is Patrick Kane still on their radar?

Could Holland Revisit the Idea of Patrick Kane?

The report by Seravalli that the Oilers checked in on this and were told that Patrick Kane is waiting before deciding if he wants to pull the plug means teams will be watching what happens with the Blackhawks closely. At any time, Kane could decide that it’s time to go and inform Davidson that he’s ready to move. At that point, if the Oilers are still interested, they need to be by their phone.

A Patrick Kane trade has essentially become a trade deadline deal and the Oilers are in a prime position to make a push before the playoffs to give themselves the best shot at winning it all. That includes moving a first-round pick or other assets to get the best player available at the deadline — which would likely be Kane out of Chicago. To date, the Oilers have held onto their first-round picks and not moved them for rentals. This would be the year to go all in, should the Oilers be close.

What Will Oilers Still Do This Season?

That Holland was interested in taking such a big swing suggests a few things. He sees this season as one where he’s prepared to put all his chips in the pot. He also seems to be looking for opportunities in the market. The Oilers’ GM played the Evander Kane situation nicely. If he’s looking at Patrick Kane, he’s thinking there’s an opportunity there to pick up one of the most dynamic players in the NHL on a salary-retained trade from a team that is making rash decisions and dumping assets.

Edmonton still needs a defenseman and perhaps a depth center, but Kane on this roster to round out the top six is a scary thought. This is a team that already has Connor McDavid, Leon Draisaitl, Evander Kane, Zach Hyman, and Ryan Nugent-Hopkins on their top-two lines. Adding Patrick Kane to that mix would make for the most dangerous top six the NHL has seen in decades.