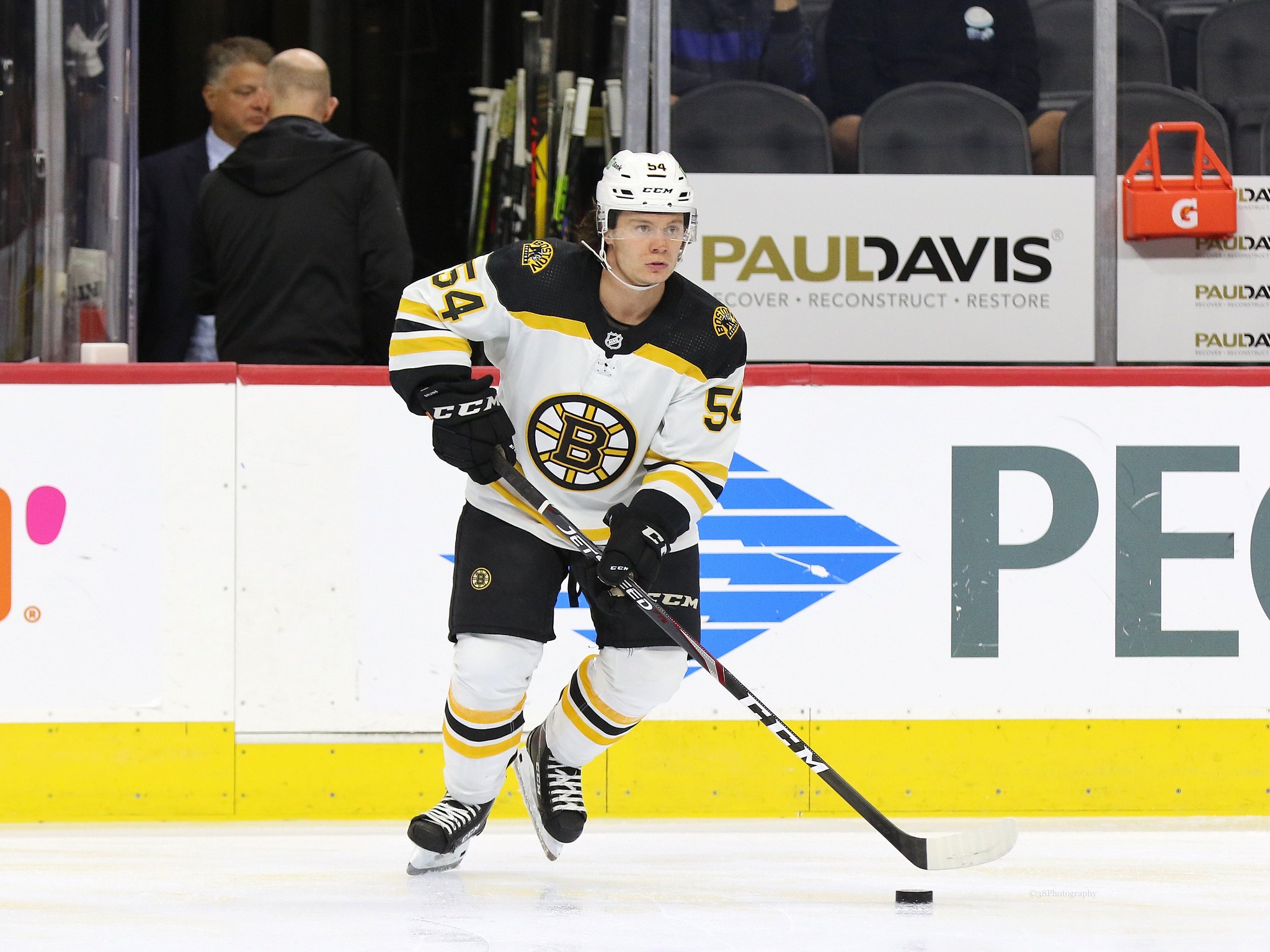 The Boston Bruins are no strangers to injury and the 2022-23 season is already starting off with a familiar tune. With injuries to Brad Marchand, Charlie McAvoy and Matt Grzelcyk already affecting the team’s plans heading into the season, the Bruins will need to be creative to start the year. One player who could find himself getting an early look next season is defender Jack Ahcan.

The 25-year-old blueliner skated in six games with the Bruins’ NHL club last season, recording one goal. He’d also play in 46 games with Providence, scoring six goals and 23 points. Ahcan would sign a one-year deal with the Bruins this offseason worth $750,000. The deal is definitely one designed for organizational depth as Ahcan is waivers-exempt, but that doesn’t mean that he won’t get an opportunity to earn regular minutes to start the year due to the aforementioned injuries.

When Ahcan signed as an undrafted free agent out of St. Cloud State, there was a lot of excitement around his skillset. Playing in the same mold as as Torey Krug, similarly sized and following a similar path, many hoped Ahcan could eventually fill the hole left by Krug when he departed for the St. Louis Blues. Unfortunately, Ahcan hasn’t yet shown that he’s been worthy of full-time NHL minutes over some other more reliable players ahead of him on the depth chart. This doesn’t mean that he hasn’t shown positive signs, though, and with the right developmental trajectory, he could find himself playing for a more full-time role in the future.

In the NHL games that Ahcan has played thus far in his career, he’s shown improvement. He’s also gone from 71.9% offensive zone starts in his first three games in 2020-21 to just 59.6% offensive zone starts in six games last season. He’s put up better analytics across the board despite the small sample size and ideally things will keep trending upwards for his sake and for the sake of the Bruins.

It’s also possible that a new head coach in place in Jim Montgomery can tap into some of Ahcan’s abilities in a different way than Bruce Cassidy did, but only time will tell.

With all of this said, there’s no guarantee that Ahcan will earn a spot out of training camp. Though there are spots available for the taking, he’ll have to prove himself more worthy of a look than some of his peers. It’s also important to note that the lineup that starts a season is never the exact lineup that ends a season; the situation is always fluid and even if Ahcan doesn’t get a look right out the gate, it doesn’t mean he won’t at some point. A lot of this will come down to his offensive ability taking the next step at the NHL level while proving he can be somewhat of an asset rather than a liability defensively as a result of his size.

The Bruins still have a plethora of offseason housekeeping to take care of, including the possibility of signing both Patrice Bergeron and David Krejci, extending David Pastrnak, re-signing Jack Studnicka, Matt Filipe and Pavel Zacha and potentially filling out other spots of the lineup. Ahcan looks like he has the inside track to getting early playing time, but the dust is far from settled on the offseason and nothing is set in stone.

It’s unclear who will be an option for the team on Opening Day and it’s unclear who will stand out between now and that time. What is clear is that the Bruins are not looking to enter a rebuild just yet based on some of the decisions they’ve made this offseason and comments made by team CEO Charlie Jacobs. Because of this, it should be assumed that the Bruins are going to be looking at winning as much as they can early on despite the injury situation rather than focusing solely on developing younger players for the future.