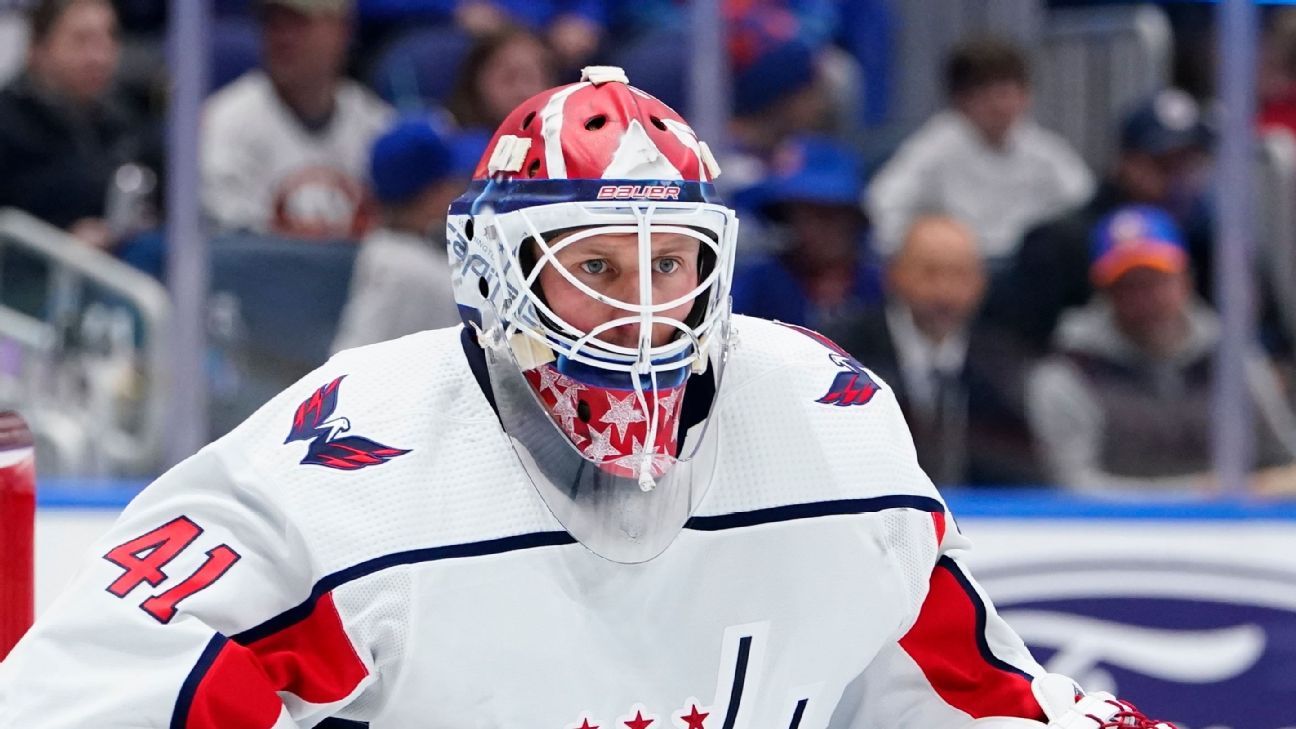 The New Jersey Devils acquired Vitek Vanecek so he would compete for the starting goaltender job.

Now they’re paying him in line with those expectations.

Vanecek and the team agreed to terms Tuesday on a $10.2 million, three-year contract that counts $3.4 million against the salary cap through 2025. After avoiding arbitration, he will make $3.55 million next season, slightly less than incumbent starter Mackenzie Blackwood, who is going into the final year of his contract.

“There is an opportunity for me to play lots of games,” Vanecek said Tuesday from his home in Czechia. “I am really happy for that. I will battle with Mackenzie, and that’s what I need.” General manager Tom Fitzgerald said last week he expects Blackwood to have a bounce-back year and he is excited about the 25-year-old’s upside.

“It was important to go out and find someone who was as hungry to be a No. 1 goalie and go out and push each other,” Fitzgerald said.

New Jersey did that by acquiring Vanecek in a trade with the Washington Capitals at the NHL draft, swapping picks to fill the spot in tandem with Blackwood that previously belonged to veteran Jonathan Bernier, whose career is in jeopardy following hip surgery.

After Blackwood’s last season was derailed by a heel injury, Vanecek, 26, gives the Devils a level of dependability in net. He went 20-12-6 with four shutouts, a 2.67 goals-against average and .908 save percentage with the Capitals last year, splitting time with Ilya Samsonov.

The Capitals opted to trade Vanecek and not tender Samsonov a qualifying offer in the name of overhauling their goaltending with Stanley Cup-winning starter Darcy Kuemper and backup Charlie Lindgren. Samsonov signed a $1.8 million, one-year deal with the Toronto Maple Leafs.

“The young guys were good,” Capitals GM Brian MacLellan said. “I guess it’s a little frustrating that I wish one of them would have taken over the No. 1 spot. And it seemed like one or the other were going to, but then they never quite did it and I think we ran out of time to wait for it. I still think they both have good futures in the NHL. They’re still young, they’re still improving. It was just a situation where we tried it and we don’t have more time to stick with them both.”

Now they’re handing the top two jobs to Blackwood and Vanecek, the latter of whom is no stranger to sharing the net.

“Every single game, you have to give the team the best and show the coaches,” Vanecek said. “And then who will be better, that guy will play No. 1.”

Fitzgerald said New Jersey would have improved with just average goaltending and he expects even better with Blackwood healthy and Vanecek in the mix.

“For a third summer in a row I feel very comfortable with our goaltending and really excited,” he said. “I think that position will help dictate everything else, and we feel real confident about that.”