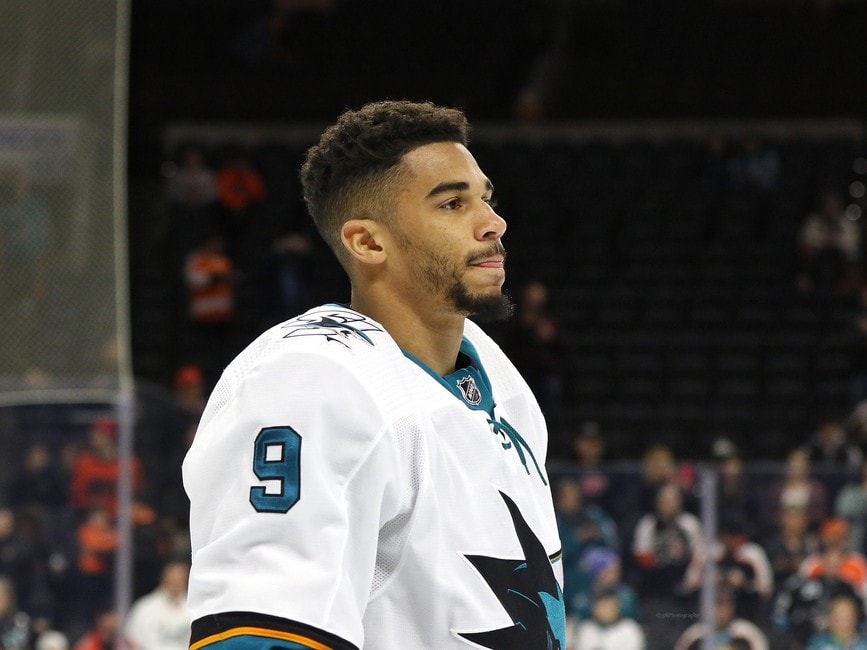 In this edition of San Jose Sharks News & Rumors, Evander Kane recently re-signed with the Edmonton Oilers, but depending on the outcome of his arbitration hearing he could end up being back with the Sharks organization. In other news, both Kaapo Kahkonen and Luke Kunin both agreed to two-year deals on Monday. Last but not least, the Sharks have reportedly hired Scott Fitzgerald from the Boston Bruins, and there are rumors that he will be taking over a significant role in the organization.

Kane Arbitration Yet to Be Decided

This past week, the Oilers announced that they had re-signed Kane to a four-year, $20.5 million deal that will pay him $5.125 million annually. The deal makes perfect sense for the Oilers and comes at a great price given the fact he scored 22 goals and 39 points in 43 regular-season games, followed up with 13 goals and 17 points in 15 playoff outings. Despite re-upping with the Oilers, however, there is a chance he ends up back with the Sharks.

What that will come down to is what the ruling is in his arbitration. For those unaware, the arbitration stems from his contract being terminated by the Sharks back in January due to a breach in COVID-19 protocol. At the time it happened, the NHL’s Player Association filed a grievance on behalf of Kane. If the hearing goes in his favor, his prior contract, which had three years remaining at $7 million average annual value (AAV), will be back in place, and he would once again become Sharks property.

If Kane were indeed to win the hearing, it is very unlikely the Sharks would keep him on their roster given how things ended between the two parties. Prior to the contract termination, it had been widely reported that players in the dressing room did not want him back, and as a result played a large part in him spending some time in the American Hockey League (AHL) to begin the 2022-23 campaign. This will be a very interesting situation to keep an eye on.

On Monday, the Sharks announced that they have extended two restricted free agents (RFAs) in Kahkonen and Kunin. Both players were given two-year extensions, and both deals will carry cap hits of $2.75 million. With the news, the Sharks are now down to five remaining RFAs in Mario Ferraro, Alexander Chmelevski, Jonah Gadjovich, Noah Gregor and Steven Lorentz.

Kahkonen, 25, was acquired by the Shark along with a fifth-round draft pick at this year’s trade deadline from the Minnesota Wild in exchange for Jacob Middleton. In 25 games prior to being dealt, he had recorded a 2.87 goals-against average (GAA) along with a .910 save percentage (SV%). He improved those numbers slightly as a member of the Sharks, registering a 2.86 GAA and a .916 SV% in 10 outings.

Kunin, 24, was acquired on the second day of this year’s NHL Entry Draft from the Nashville Predators in exchange for John Leonard and a 2023 third-round pick. He has plenty of skill proven by the fact he was selected 15th overall in the 2016 Draft, but has yet to put it all together at the NHL level. This past season he appeared in all 82 games, scoring 13 goals and 22 points. Both this trade and signing have potential to be great moves for the Sharks.

According to Sheng Peng of NBC Sports, the Sharks have hired Fitzgerald from the Bruins. While it is not yet known, Peng believes that he will be the club’s new director of scouting, replacing Doug Wilson, Jr., who left the position just over a week ago.

Fitzgerald had previously served as a scout for the Bruins for 16 years and prior to that was a scout for seven years with the Columbus Blue Jackets. As Peng mentions, players like Phil Kessel, Charlie McAvoy, Jeremy Swayman, Matt Grzelcyk, Matt Benning and Ryan Donato are all individuals he played a big part in selecting during his time as a scout. While there has yet to ben an official announcement, this seems quite set in stone at this point.

Looking Ahead for the Sharks

The main thing for Sharks fans to continue to look for in regards to their team is who general manager Mike Grier will look to hire as the team’s new head coach. For the past two and a half seasons that was a position held by Bob Boughner, but he was let go at the beginning of July. With both the draft and free agency having passed, there is no real reason for a rush, meaning Grier and his staff will likely do their due diligence before making a decision.