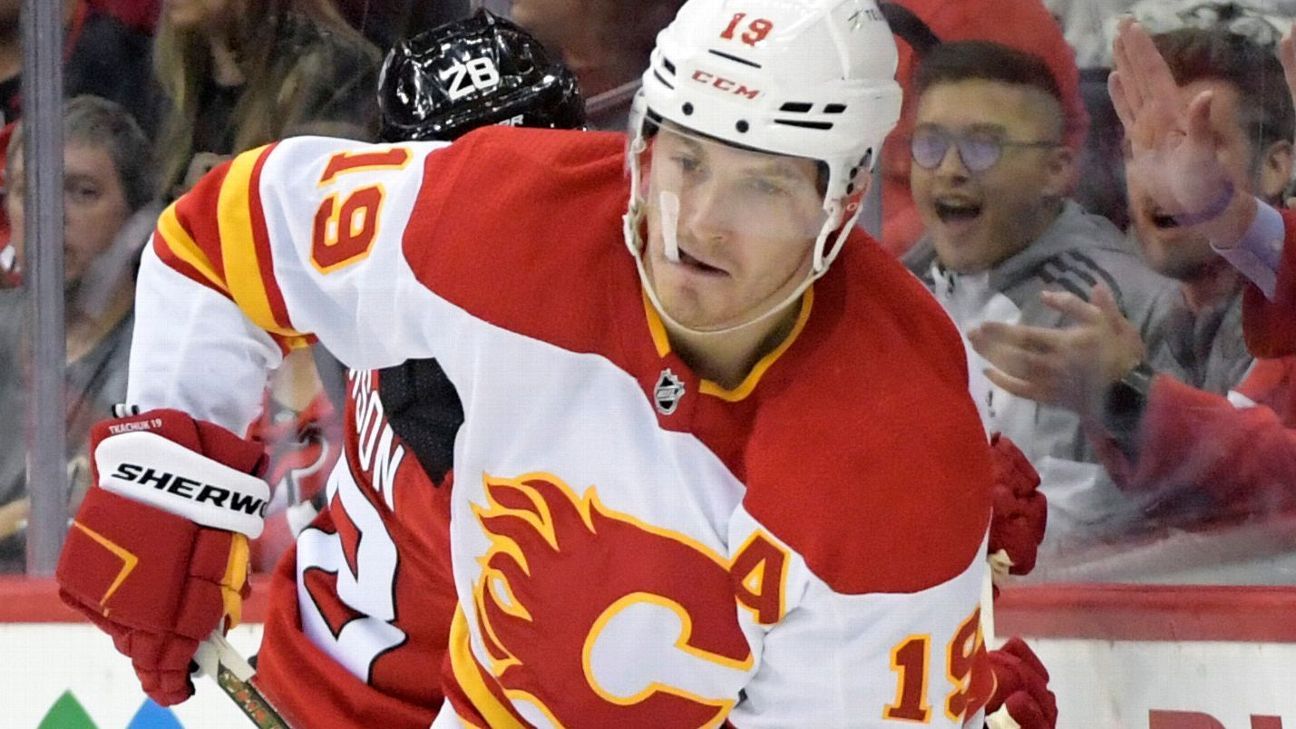 SUNRISE, Fla. — Only a couple days after being traded, Matthew Tkachuk already feels at home in Florida.

The newly acquired Panthers forward’s parents are building a home about an hour from where his new team plays its home games. He has familiarity with the Panthers, is already friends with some of his new teammates, and is working on quickly building relationships with head coach Paul Maurice and general manager Bill Zito.

And on Sunday, for the first time, Tkachuk — whose father Keith was a longtime NHL star and brother Brady plays for Ottawa — began explaining why he believes leaving Calgary for Florida is the best move for him right now.

“It was just kind of putting myself in a position to reevaluate everything — life, on-ice, off-ice, the future and I came to the decision that I was going to look elsewhere and have a change,” Tkachuk said in an interview with Sportsnet’s Ryan Leslie, streamed on Instagram. “And Florida kind of fell right into my lap within the last week or so. So, very happy with a very tough process. Hard, mixed emotions, sad, happy, everything, but very ecstatic to be ending up in Florida.”

The Panthers will formally introduce the 24-year-old Tkachuk on Monday at their arena. Tkachuk plans to spend the next few days in South Florida, looking for a place to live and starting to truly get settled in an effort to have as few loose ends as possible to deal with when training camp begins in September.

He was traded Friday night in exchange for fellow left wing Jonathan Huberdeau — Florida’s all-time scoring leader — and defenseman MacKenzie Weegar, along with prospect Cole Schwindt and a lottery-protected 2025 first-round draft pick. As part of the deal, Tkachuk agreed to an eight-year, $76 million contract with the Panthers, days after telling the Flames that he would not be signing an extension with them.

“I was kind of seeing how I envisioned my life going for the next eight-plus years,” Tkachuk said. “I’m here in Florida now, not for an eight-year contract, hopefully for a lot longer than that. I plan on playing, hopefully 15, however many years, and this is where I want to be. I want to be at this part of my life in Florida. That’s just the way it goes. But it’s got nothing to do with my time in Calgary. That was the most special six years of my entire life by far.”

Tkachuk had career bests of 42 goals, 62 assists and 104 points this past season for Calgary. Huberdeau tied a career best with 30 goals for Florida, plus set marks with 85 assists and 115 points — both of those being franchise records for the Panthers as well.

The trade means Calgary is now without its two leading scorers from this past season. Johnny Gaudreau, who led the Flames with 115 points, signed a seven-year deal with Columbus as a free agent earlier this month.

Florida won the President’s Trophy this past season for the first time and won the franchise’s first playoff series since 1996, but got swept by Tampa Bay in the second round of the playoffs.

The Panthers’ offense ran dry against the two-time Stanley Cup champs in Round 2, and they lost to their in-state rival for the second time in two postseasons. Florida has been in a state of change ever since, hiring Maurice and watching interim coach Andrew Brunette head to New Jersey as an associate coach. The Panthers also saw forward Claude Giroux sign a free-agent deal with Ottawa, and now, two of the team’s standouts are in Calgary.

Zito would like to capitalize on a core group that is young enough to compete for titles, but is lacking an edge and grit that often rises to the surface in playoff series.