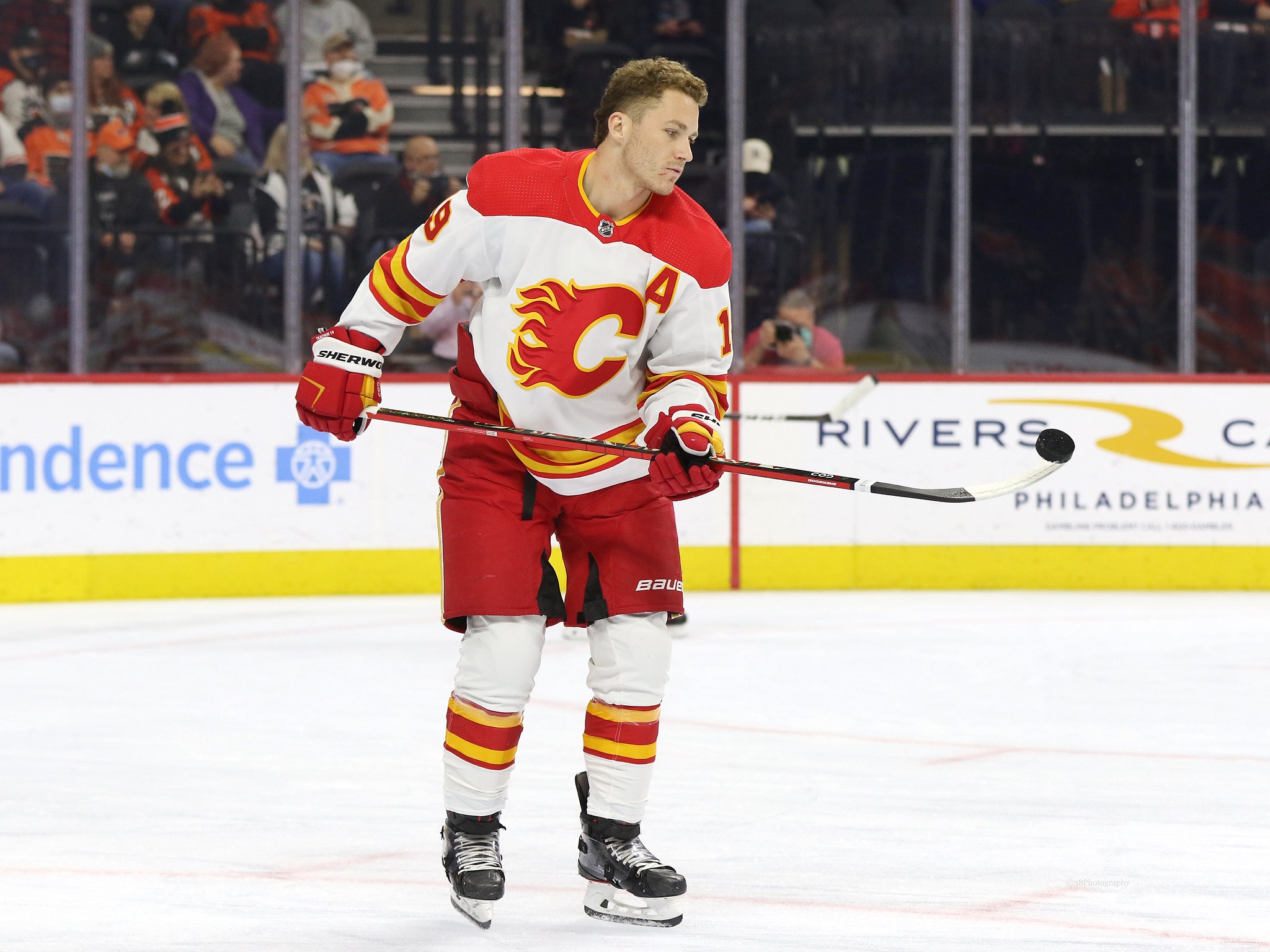 They may have been distant links — hopeful by some Toronto Maple Leafs’ fans — that Matthew Tkachuk would be traded to Toronto to play alongside his former junior teammate Mitch Marner. Aside from that faint hope to see him in blue and white, however, there was no real link between the Maple Leafs and Tkachuk.

Sure, he’s exactly the kind of the player the Maple Leafs would like to have up front, but the cost just wasn’t in the cards for Kyle Dubas’ team. Not to mention, the extension Tkachuk signed with the Florida Panthers wouldn’t have made sense on a Maple Leafs’ team that already has so much devoted to Morgan Rielly, Auston Matthews, John Tavares and Marner — especially if the plan is to go all-in on Matthews in two years.

Cap hit aside, however, breaking down the assets the Panthers gave up to acquire the feisty forward, the trade never would’ve made sense for the Maple Leafs and fortunately they avoided getting involved in the hype of Tkachuk mania.

It’s hard to find a comparison for a player that could’ve easily been a Hart Trophy candidate in 2021-22, but the Maple Leafs likely would’ve had to include William Nylander in any sort of trade to the Calgary Flames.

As we’ve seen all across Leafs Nation, that’s not likely something that many would debate as Nylander continues to be a whipping boy for a large slice of the team’s fanbase for some reason. But in looking at what he’s done production-wise over the past couple of seasons, he’s the major piece that would make sense in a deal of this kind.

Over the past two seasons, Nylander has put up 122 points in 132 regular season games. He’s had 30-plus goals in two of the last three seasons and that includes a career-high in 2021-22 with 34 — finishing just one point shy of being a point-per-game player.

While Jonathan Huberdeau’s overall production tops Nylander’s, the difference in term would make up for the difference offensively. While Huberdeau has a chance to walk as a free agent at the end of the 2022-23 season, Nylnader is under contract through the 2023-24 season with a $6.96 million cap hit.

As for Weegar’s replacement in this deal, it would likely have to have been Jake Muzzin. Now, Muzzin does have a no-trade clause, so it would’ve had to have been cleared by him of course, but he’s a physical, stay-at-home defenceman that would fill a void on that Flames’ back end.

Like the Huberdeau-Nylander comparison, Weegar has the chance to walk at the end of the season as his contract expires. Muzzin, on the other hand, has another year at a slightly higher cap hit than Weegar.

While the Panthers’ players might have slightly higher upside, the risk of them walking at the end of the season might’ve made the Maple Leafs’ stand-ins a little more enticing.

The prospect part of this deal might be a little tougher to determine from a Maple Leafs’ standpoint. Nick Robertson’s injury history likely would’ve made him a keeper on the Maple Leafs’ end as does Rodion Amirov’s health issues.

In saying that, the likely comparison for the Panthers’ dealing Cole Schwindt to the Flames would have to be either Matthew Knies or Fraser Minten. In saying that, the Maple Leafs likely wouldn’t have dealt Knies at this point and Minten has impressed so far at development camp.

Knies could end up being a major acquisition for the Maple Leafs once the NCAA season is finished this year and Minten clearly is a guy that Dubas had his eye on at the 2022 NHL Draft. So would he really have considered dealing one of them for Tkachuk’s services?

Clearly Dubas hasn’t been willing to part with Knies to this point and to do it in a major deal that also saw them part ways with Nylander and Muzzin never would’ve been realistic for the Maple Leafs.

As for the Maple Leafs, had they taken part in this huge acquisition and moved their first-round pick in 2023, they too would’ve gone three seasons without a first-round pick. Their last one came in 2020 when they selected Amirov 15th overall in the first round. Since then, they’ve had no top-round pick in 2021 or 2022 and giving up their pick for Tkachuk would’ve made three years without a first — something Dubas likely wouldn’t have survived with Leafs Nation coming for his head.

While a Maple Leafs trade to acquire Tkachuk would’ve certainly shook things up in Toronto, the risk may have been too much to acquire one singular piece. Not only would the Maple Leafs had to have given up an offensive piece in Nylander, but they would’ve had to give up two future pieces in a top-end prospect and a first-round pick.

Don’t get it wrong, Tkachuk will add a lot to the Panthers lineup and becomes an asset that can be built around for they eight years he will seemingly be there. After all, the extension was a major piece in getting the deal done.

But the Panthers don’t exactly come out of this deal stronger and, for the sake of the argument that the Maple Leafs were smart in avoiding this deal, nor would the Maple Leafs had they made a deal of this magnitude.

The asset brought in and the money spent to lock him up wouldn’t have made sense for the Maple Leafs — especially when you consider what went out. Now, the Maple Leafs do have prospects that could’ve filled the voids left by Nylander and Muzzin, but that doesn’t equate to also moving the future assets and it would hurt the pipeline that has been created in Toronto over the past few seasons.

The Panthers come out with an arguably weaker defence and lose a Hart candidate who likely would’ve re-signed in Florida at the end of the season. Whether you think he’s a perennial 100-point player or not, from a Maple Leafs standpoint, Tkachuk just wouldn’t have been worth it.

Andrew is in his 8th year reporting for The Hockey Writers covering the Toronto Maple Leafs. He began his broadcasting with CBC’s Hockey Night in Canada team as well as being part of their coverage of the 2014 Winter Olympic Games in Sochi. He’s the former play-by-play voice of the London Jr. Knights for Rogers TV and currently hosts the Sticks in the 6ix podcast. You can follow him on Twitter at @AndrewGForbes.