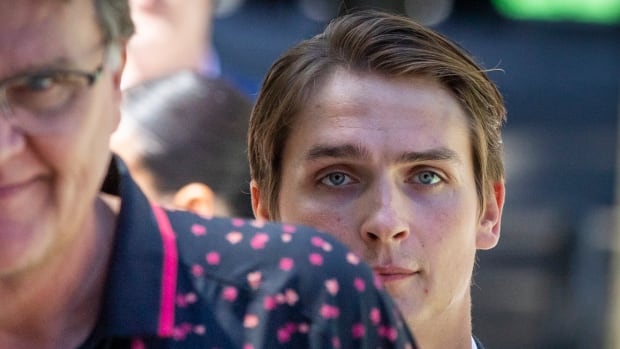 Virtanen was charged with one count of sexual assault in January following an investigation by Vancouver police.

The Crown and defence counsel finished their closing arguments Monday by focusing on the reliability of the trial’s two witnesses and their conflicting testimony.

Virtanen, 25, and the complainant were the only witnesses called to testify.

The hockey player maintained his innocence throughout the trial in relation to an incident in a hotel room at the Westin Bayshore Hotel in Vancouver on Sept. 26, 2017.

The complainant, whose name is protected by a publication ban and was identified as MS throughout the trial, said she fended off Virtanen’s physical advances and told him multiple times she didn’t want to have sex. She testified he used his body weight to pin her on the bed before having non-consensual sex.

Virtanen maintained that he and MS had consensual sex in his hotel room. He said MS never pushed him away or told him no, and was a willing participant.