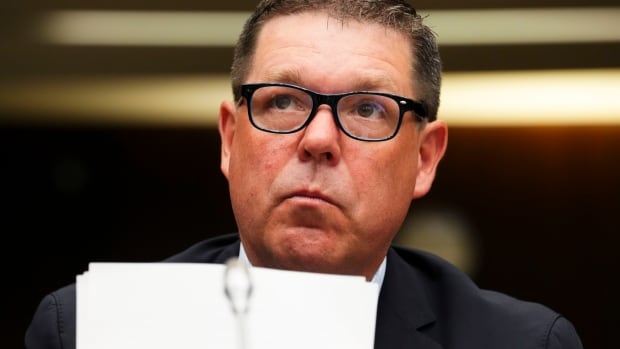 Laurel Walzak says while recent news of sexual violence in Canadian hockey was disturbing, she wasn’t surprised at all.

“Now is not even the tip of the iceberg,” Walzak told The Canadian Press in a phone interview. “I’m so grateful. But I’m also afraid. It’s just so widespread.”

Walzak was one of 28 Canadian experts from 21 universities who signed an open letter to Sport Minister Pascale St-Onge and Hedy Frye, chair of the Heritage Committee, before the start of a parliamentary hearing as part of an investigation into Hockey Canada’s handling of sexual assault allegations.

The letter stressed that Canada could become a world leader in developing solutions. But Walzak said that will require an overhaul of the governance of hockey and other sports, and men must lead the charge.

“The organization, the leadership, the board, the governance, needs to be accountable for this,” said Walzak, a Sport Media & Sport Business professor at the Global Experiential Sport Lab at Toronto Metropolitan University.

Sport Canada knew about Hockey Canada allegations as early as 2018

Sport Canada, a federal department, knew in 2018 about sexual misconduct allegations at Hockey Canada, but did not investigate, an official tells a House of Commons committee. Meanwhile, the federal minister of sport testifies that she was not informed until last year.

The letter comes with Hockey Canada under fire since news broke of members of the 2018 world junior team accused of a group sexual assault after a gala event in London, Ont. Police didn’t lay charges, but the woman at the centre of the allegations sued Hockey Canada, the Canadian Hockey League and several players this spring.

Hockey Canada settled the case for an undisclosed amount and MPs on the committee are now probing how it dealt with the allegations and the lawsuit. Hockey Canada executives and others appeared before the House of Commons heritage committee Wednesday.

Another allegation of sexual assault against the 2003 world junior team emerged last week.

Hockey Canada, it was revealed, maintained a fund used in part to settle abuse claims, with $7.6 million paid in nine settlements since 1989. The figure does not include the undisclosed amount of the settlement from the lawsuit related to the alleged incident in 2018 .

“I wasn’t surprised at all [by the news of assaults],” Walzak said. “What I was surprised about was the amount of money Hockey Canada has. That sounds really naive to say, but when I was at the Canadian Women’s Hockey League [Walzak was the chair of the women’s league’s board], when we had our financial issues, we went to Hockey Canada asking for money.

‘We absolutely need to be blatantly honest’

Sexual violence in sport is not uniquely Canadian, Walzak pointed out. She said the issue is too big to be solved by individual culture reviews or investigations conducted by each sport. And allowing individuals to stay on without being held accountable is like rearranging deck chairs on a sinking ship.

“We absolutely need to be blatantly honest in these conversations . . . All of this aggressive, physically dominant, heterosexual, white . . . the hockey world needs to change and if we do not do it with blatant honesty, and actually looking at the ugly truths, then nothing is going to change,” she said.

“We have to be comfortable with the uncomfortable because people are being violated. They’re being sexually assaulted. They’re being destroyed. And this is children, this is young women, it’s adults. And, there are hundreds of thousands of people who exist in the Hockey Canada system.”

Sports Minister Pascale St-Onge says she’s asked the organization to report any allegations of abuse to her office and wants to see a change in the culture from within the organization.

The open letter stated there seems to be little awareness in Canada of the International Olympic Committee’s three scientific “Consensus Statements” in 2007, 2016 and ’19, that warned sport organizations, including Hockey Canada, that sexual harassment and abuse happen in all sports and at all levels “[in] the locker-room, the playing field, trips away, the coach’s home or car, and social events, especially where alcohol is involved.

The consensus statements called for actions including independent regulation of sport at the local, provincial and national level, openness and transparency for reporting of incidents and investment in the development of approaches to target and change sexual violence.

“The most recent allegations of sexual assaults against women involving Canadian hockey players are deeply disturbing,” said Taylor McKee, who studies hockey and sport culture at Brock University. “However, while these types of incidents are surprising and shocking to the public, academics and journalists have repeatedly documented these problems in hockey and we have been calling for action for decades.”

McKee helped organize the letter because he felt men needed to start “stepping up” to help fix the culture in sport.

“Sexual violence in hockey has been documented in multiple studies over the last two decades, yet Hockey Canada and the Canadian government have failed to take action to prevent these problems” McKee said. “We are hopeful that this will now change. We need strong leadership from the Canadian government and investment in the development of evidence-based methods to fix the cultural drivers of these problems.”

Hockey Canada has seen its federal funding cut off and corporate sponsors pause financial support as a result of the alleged assault and settlement.

Over 500 Canadian gymnasts — Gymnasts for Change — have been asking St-Onge for an independent investigation into their sport amid what they say is a toxic culture of physical, mental and sexual abuse. And former gymnast Amelia Cline filed a class-action lawsuit in May against Gymnastics Canada and six provincial member organizations over alleged abuse. The class has over 100 members.

Gymnasts for Change are in Ottawa for the Heritage Committee meetings.