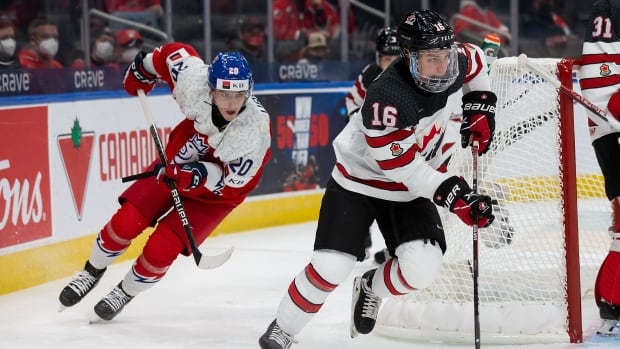 Smith spoke to reporters Wednesday after being questioned by MPs, some of whom called for a change of leadership at Hockey Canada, at a parliamentary hearing looking into the hockey governing body’s handling of recent sexual assault allegations.

Hockey Canada has been under fire since news broke in May of an alleged sexual assault involving eight players after a 2018 Hockey Canada gala in London, Ont.

Smith noted that the world junior championship is operated by the International Ice Hockey Federation, not Hockey Canada, and that the event will go on as planned.

The 2022 world junior tournament initially got underway in December in Edmonton and Red Deer, Alta., before being postponed due to an outbreak of the COVID-19 Omicron variant.

The tournament is set to open Aug. 9.

Hockey Canada has paid 21 settlements for sexual misconduct since 1989

Hockey Canada officials revealed the organization has paid out nearly $9 million in settlements since 1989 to 21 people alleging sexual misconduct.