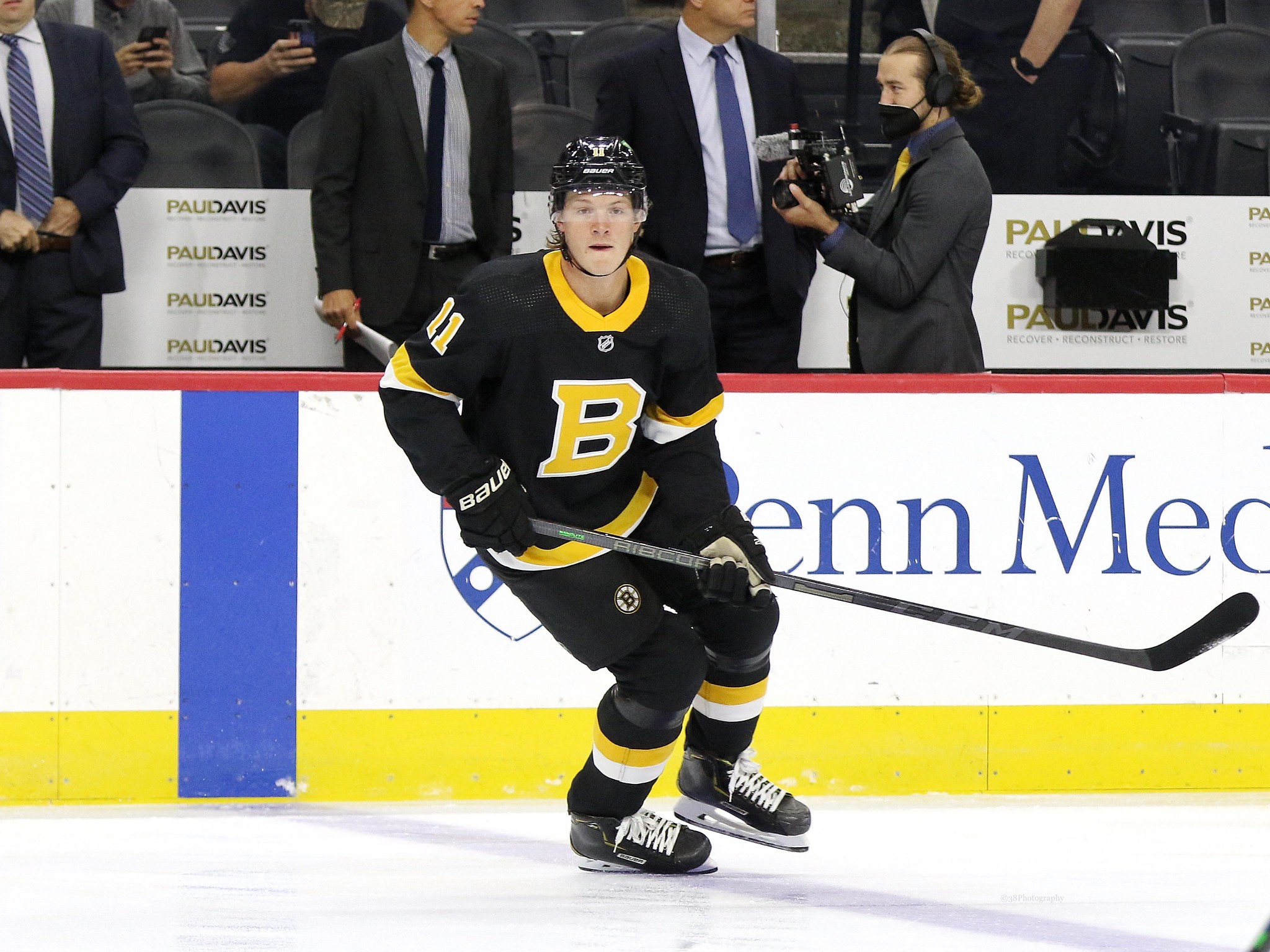 Going into a new season, every player hopes to improve on their past season’s performance. Each new season is rife with possibilities and there are always going to be surprises and disappointments.

The Boston Bruins had a disappointing exit in the first round of the 2022 Playoffs and with a new coach and a new contract extension to general manager Don Sweeney, the team in general is going to be looking for a bounce back in 2022-23. With a slow start to the offseason, the future of Patrice Bergeron still up in the air, and injuries sidelining stars Brad Marchand and Charlie McAvoy for the first two months of the season, the team is going to need someone who is currently on the roster to step up big time this year.

Related: 3 Bruins Prospects That Could Earn a 2022-23 Roster Spot

Last year, Charlie Coyle had a bounce-back season, making a drastic improvement on a disappointing 2020-21 season. The Bruins are going to need someone else to step up this season. There will be a chance for some of these guys to really make their mark on the 2022-23 season, and these three players need to step up into those roles.

This is going to be a make-or-break season for Trent Frederic. The 2016 first-round selection has struggled to find a consistent role on this roster and was mostly a fourth liner under previous coach Bruce Cassidy. With Jim Montgomery at the helm now, Frederic needs to take advantage of the fresh start and come into the 2022-23 season raring to go.

Frederic plays a reckless abandon, unafraid to face down anyone. While that has made him a crowd favorite at times, it has also made him a liability. He plays a similar aggressive style to Tom Wilson of the Washington Capitals, but lacks the point production that would bring his game to the next level. Teams need guys who can make the big hits, but for the Bruins, they are in more desperate need for a guy not named Marchand, Bergeron, or David Pastrnak to become a more consistent contributor on offense.

Frederic finished the 2021-22 season with eight goals and 18 points in 60 games. He was only averaging about 11 minutes of ice time a night. He was also a consistent presence in the penalty box, registering 57 penalty minutes in those 60 games.

The 24-year-old needs to establish what type of player he’s going to be in this league. Is he just a fourth-line bruiser or does he have more scoring capacity in him? He was almost a point-per-game player at Wisconsin in the NCAA. If he is going to become a greater offensive contributor, this is the year to do so.

Otherwise, the Bruins have a decently crowded bottom six at the moment and as one of the youngest options, he may have the most value on the trade market.

Craig Smith didn’t necessarily have a bad season in 2021-22, but he is definitely someone the Bruins should be looking towards to step up and play a bigger role in 2022-23. He was moved up and down the lineup, spending time on the first and second lines before settling onto the third line with Coyle as his center. He finished the season with 36 points in 74 games and was a plus-2, a bit of a dip from his 32 points in 54 games and a plus-21 in 2020-21.

If David Krejci does indeed return to the Bruins this season, Smith would certainly benefit from a reunion of the Taylor Hall, Krejci, and Smith line that exploded in production post the 2021 Trade Deadline. The 32-year-old may not be able to match his 51 points in 79 games back in 2017-18 with the Nashville Predators, but if he could get up into the 40-point range, it could make a pretty big difference.

This is a contract year for Smith. He’s in the final year of a three-year contract with an average annual value of $3.1 million. It’s the perfect season for him to step into a bigger role in the top six of this forward group to help bridge the gap before the Bruins can start getting some younger players into the lineup.

With Marchand sidelined to start the season, the offense as a whole will need to step up to account for their top scorer being absent. Smith is someone who can step up and take on some of that responsibility.

2021-22 was not the best year for Matt Grzelcyk. Presumably, there was an injury issue most of the season considering he underwent shoulder surgery at the start of June. The surgery carries with it a five month recovery time and he’ll miss the first month of the season. But upon his return, hopefully he will be a more complete version of himself.

The Bruins have struggled to fulfill the void that Torey Krug left with generating offense from the blue line. Charlie McAvoy has consistently gotten better each season of his career and is a monster at 5v5, but in the shortened 2020-21 season, Grzelcyk looked like he was going to be up to the task of becoming a valuable offensive defenseman.

With McAvoy set to miss more time recovering from surgery than Grzelcyk, he will have an opportunity to make a real mark on the season when he returns in November. He has shown great flashes of potential and should be able to work well with Hampus Lindholm as the top pairing on defense. If he can really get going offensively, especially on the power play that struggled a fair amount last season, things would be looking a lot better for the Bruins on defense.

Right now, the Bruins are fairly weak on defense and since they are strapped for cap space, they are going to need to have current roster members step up since they can’t afford to bring in many reinforcements. Upon his return from injury, Grzelcyk is who they really should be looking towards to provide a spark.

As the calendar flips to August, things tend to slow down around the NHL. For the Bruins, there are still some pretty significant moves that need to be made, but they’re at a stand still until the Bergeron and Krejci situations are sorted out. Outside of that, the team really doesn’t have the capabilities to make a lot of moves, which is why it is so imperative that help comes from within if they have any hope of improving on their disappointing first-round exit last season.

While there are some prospects who should be given a legitimate chance on the Bruins roster, there isn’t anyone who is really going to put them over the edge. So, the guys currently on the roster are the ones who are going to have to step up in 2022-23.