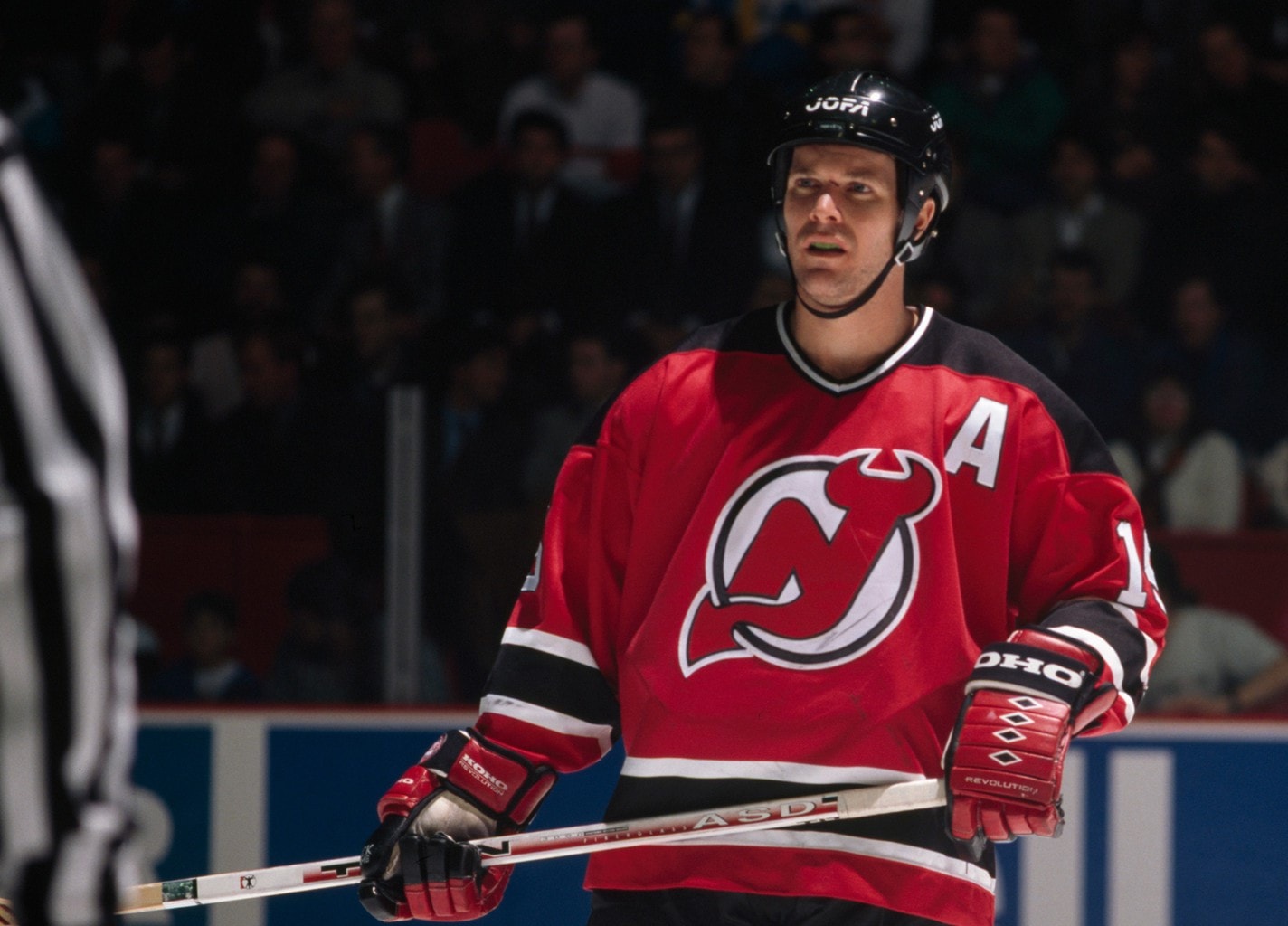 On Friday, the New York Islanders hired John MacLean as an assistant coach. He has a long history with general manager Lou Lamoriello; in 1983, he was drafted by Lamoriello, who was GM of the New Jersey Devils. The man called “Johnny Mac” put up 701 points in 934 games in red and black.

Many Devils fans have called for MacLean’s number 15 to be raised to the rafters of Prudential Center, and after the recent announcement that the Los Angeles Kings will retire Dustin Brown’s number 23 and the San Jose Sharks will raise the number 12 of Patrick Marleau to the rafters, it begs the question: could MacLean be the next Devil to have a number his number retired?

MacLean was the Devils’ first draft pick of the New Jersey era. Before the club moved to East Rutherford in 1982, the Kansas City Scouts and Denver Rockies teams of the 1970s ranged from mediocre to downright awful. He debuted as a 19-year-old, putting up a single goal on 22 shots.

MacLean’s first few years in the NHL were a learning curve before a breakout 31-goal season in 1986-87. A year later, he scored an overtime goal against the Chicago Blackhawks that sent the New Jersey Devils to the playoffs for the first time. He scored 18 points in 20 playoff games and was the second highest scorer on the team as they made a Cinderella run to the Wales Conference Final. They fell to the Boston Bruins in seven games, but the Devils, led by MacLean, were now a threat.

Related: John MacLean: How He Became a Devils Legend

The next season was the best of MacLean’s career. Not only was it the first of three straight 30-goal seasons, but he put up 87 points in 74 games. He also made the All-Star team for the first time in his career and became a leader off the ice.

In the 1990s, not only did MacLean’s game change, but the Devils did as well. He had 78 points in 78 games and finished ninth in Hart Trophy voting while earning another All-Star nod. The team was now consistently making the playoffs, but they faltered. That was until 1993-94.

MacLean, now firmly in a role as an alternate captain, rebounded from a subpar 1992-93 season for a 70-point season the following year. The Devils advanced to the Eastern Conference Final, but infamously fell at the hands of the New York Rangers. During the strike-shortened 1994-95 season, the Devils won their first Stanley Cup, while MacLean matched his point total from his first playoff appearance and was one of the veteran leaders on a young Devils team. He played another season and a half for the team before a midseason trade to the Sharks.

A few years later, MacLean rejoined the Devils, this time as an assistant coach. He won another Stanley Cup with the team in 2003 before bouncing around the NHL. In 2010, he became the Devils’ head coach but was relieved of his duties 33 games into his tenure. He eventually became an analyst for MSG Networks, working between the glass for Devils’ broadcasts.

While MacLean is probably not headed to the Hockey Hall of Fame anytime soon, he meant a lot to a Devils organization that struggled to find its identity. He was their first real superstar, and even though his contributions on the ice were significant, it was his work off the ice that cemented his place in franchise history. He was the glue that held the team together in the early 1990s, especially as an alternate captain from 1989 until 1996 (except for one season in 1991-92).

Related: 3 New Jersey Devils Destined for the Ring of Honor

MacLean is second in goals, power-play goals, and points in Devils history and ranks fourth in assists and third in penalty minutes. He had six hat tricks during his time in the Garden State and 55 game-winning goals, the second most in franchise history. MacLean also played in the sixth most games in Devils history; four of the five players above him have had their numbers retired, and the fifth, Travis Zajac, will likely have a number retirement ceremony of his own someday.

MacLean’s stats are comparable to Brown’s, who took a Kings team that was one of the worst in hockey and led them to two Stanley Cup championships. However, Brown spent his entire 18-year career with Los Angeles, while MacLean spent some time with the division-rival New York Rangers.

MacLean has now been reunited with Lamoriello, the man who drafted him. On Dec. 9, the Islanders make their only trip to Prudential Center next season. With the Devils’ longtime general manager in attendance, it would be wonderful to see the Islanders’ newest assistant coach’s number join the likes of Ken Daneyko, Scott Stevens, Scott Niedermayer, Martin Brodeur, and Patrik Elias in the rafters. MacLean initiated the Devils’ rise to prominence, and he was the first star that the franchise was able to call their own.

Erik Johnsen is one of the NJ Devils writer for The Hockey Writers. He is also a writer for Triple Play Newsletter. Erik is a 2022 Rider University graduate, and co-hosts a podcast called Too Many Men.