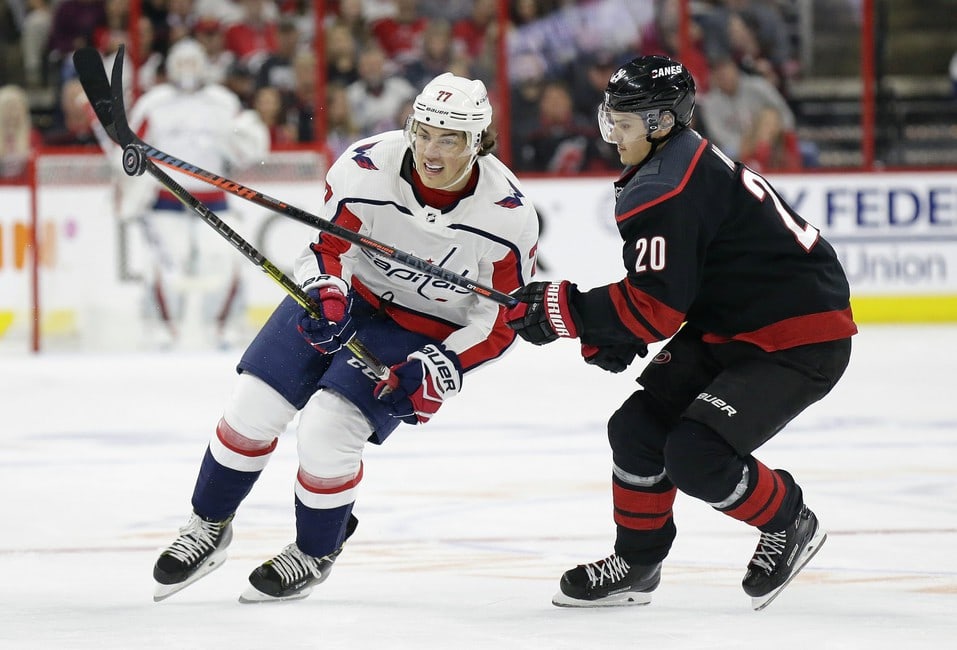 It would be a disaster for the Washington Capitals to miss the playoffs this season. They will be expected to figure in the postseason for as long as Alex Ovechkin is capable of scoring at an elite rate, forcing the franchise to recommit to a core that has suffered Round One exists every year since lifting the Stanley Cup in 2017-18.

But it won’t be easy for Washington to clinch a playoff berth this time around. Injuries to Tom Wilson and Nicklas Backstrom are major subtractions, with head coach Peter Laviolette pressed into rejigging his depth chart. He will need certain players to unlock a new level of performance as a result.

Related: Capitals’ Connor McMichael Must Step Up In 2022-23

With that said, here are three skaters the Capitals need resurgent campaigns from in 2022-23. It’s crunch time in D.C.

He’s only just arrived, but Connor Brown is one of the Capitals who must take a step forwards next season. He posted 39 points (10 goals, 29 assists) in 64 appearances for the Ottawa Senators last term, hopping to D.C. in return for a second-round pick in the 2024 NHL Entry Draft.

However, Brown lands in Washington with hefty shoes to fill. The former sixth-round will figure in the top-six during Wilson’s recovery, with the Capitals relying on him to make an impact at both ends of the ice.

“I think our injury situation dictated some of it,” MacLellan said of the Brown trade. “We were pursuing a winger. Brown became available, near the end of free agency, after they signed [Claude] Giroux. We thought it was a great fit. He’s a great player, going to bring a lot to our team, so we pursued him.”

But what should the Capitals expect from the right-shot forward, who carries a $3.6 million cap hit? Brown has a reputation for being an accurate passer and is effective when carrying the puck into the offensive zone. He’s also a threat on the penalty kill but is prone to conceding chances the other way.

In effect, he has the hallmarks of a solid middle-six forward in Laviolette’s system. But the Capitals need him to be more than that, at least while Wilson is out. Brown has only broken the 40-point barrier once before in the NHL. It’d be handy for Washington if he repeated the trick over the months ahead.

What Can T.J. Oshie Provide in His Age-35 Season?

It’s hockey: injuries happen. But the Capitals need T.J. Oshie to have better luck this season. He only made 44 appearances in 2021-22, with a broken foot and upper-body injuries sidelining him for months of the campaign. However, the 35-year-old sounded upbeat when asked about his health during Washington’s final media availability of the year.

“I feel like I’m going to play 82 next year,” Oshie told reporters in May. “I know, I’ll probably get banged up a little bit at some point, just my style of my game… hope to get healthy over the next month here, start training and there’s no reason why next year, I can’t play a full season.”

Oshie staying fit would have a transformative impact on the Capitals. He registered 25 points (11 goals, 14 assists) in the last regular-season, but followed it up with seven points (six goals, one assist) in seven playoff appearances. In 2020-21, he notched 43 points (22 goals, 21 assists) and only missed three games.

Despite his advancing years, the American still has a massive role to play for the Capitals and will be expected to lead the team while Wilson and Backstrom are unavailable. Oshie is a player to watch as a result.

Trevor van Riemsdyk is set to return to his strong side following MacLellan’s reshuffle on the blue line. Although the 31-year-old was an impressive performer on the left last season, a return to the right could spark a further upturn in his form.

He made 72 appearances in 2021-22, notching 17 points (one goal, 16 assists) mainly alongside Justin Schultz. However, the 6-foot-3 defender stands to benefit from playing alongside natural lefty Erik Gustafsson, with the Capitals willing them to form a solid partnership.

In other words, van Riemsdyk’s task is to continue to outperform his $950,000 cap hit. If he does, Washington will be in a comfortable position on the back end.

It’s no secret that the Eastern Conference is absolutely stacked with talent: the Ottawa Senators, Detroit Red Wings and Columbus Blue Jackets have made significant progress this summer, with the New York Islanders also set to re-enter the playoff conversation after an off-year.

As a result, Washington is under pressure to deliver a complete team effort in 2022-23. If the Capitals become too reliant on Ovechkin, they will face an uphill battle to secure safe passage to the postseason. It’s therefore essential that Brown, Oshie, and van Riemsdyk are influential throughout the campaign.

Luke is an award-winning sports journalist from London, England. In addition to his work on the Washington Capitals beat for THW, he covers the Elite Ice Hockey League for British Ice Hockey and world soccer for numerous publications, including on Substack. To stay up to date with his content, follow @LukeJames_32 on Twitter.