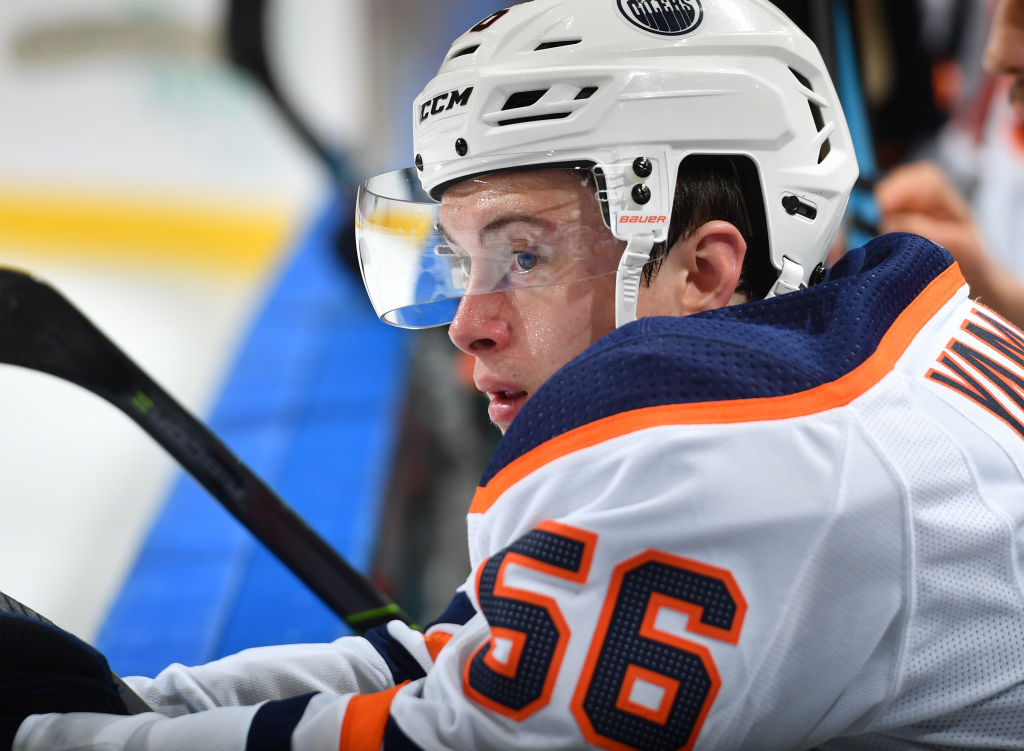 In today’s NHL rumors rundown, the Edmonton Oilers signed forward Kailer Yamamoto to a new two-year deal. What does that mean for their roster now as the club is over the salary cap? Meanwhile, if the Winnipeg Jets and Montreal Canadiens make a trade for Pierre-Luc Dubois, who would the Jets be targeting? Finally, are the Los Angeles Kings too deep on their blue line? Is it time they shop a defenseman?

The Oilers signed Kailer Yamamoto to a two-year contract extension with an annual average salary of $3.1 million on Wednesday. The right-winger set new career highs in games played (81), goals (20), assists (21) and points (41) last season. He’ll compete for a top-six spot. It’s a good deal for the Oilers, but it also puts the team over the salary cap and requires they make a move.

With RFA forward Ryan McLeod still needing to be inked to a new deal, even with LTIR movement that will send Oscar Klefbom and Mike Smith off the roster, GM Ken Holland needs to make a change. The most likely candidates are Warren Foegele or Tyson Barrie. One theory going around is that the Oilers will ship out a forward and immediately replace him with a less expensive one.

If not a trade, as per Cap Friendly, the Oilers now have a second buyout window that will open in days and will be open for 48 hours.

As Jonathan Willis of The Athletic also points out, when it comes to both Yamamoto and Jesse Puljujarvi, the Oilers will have burned six of their seven team-controlled years, meaning their next negotiations mean everything and it will be final decision time for both players. He notes, “Either player will be able to walk himself to free agency via arbitration when his new contract ends.” He adds, “…Edmonton will still have one final window of team control to either offer a contract or negotiate a trade, and on general principle that’s the right approach. We saw with Nurse how walking a guy right to UFA can hurt, even if he opts to stay.”

According to Jimmy Murphy of Montreal Hockey Now, if the Winnipeg Jets and Montreal Canadiens strike up a deal that would see Dubois become a Canadiens forward, one NHL executive source believes the Jets would ask the Canadiens for Kirby Dach in return.

Would the Canadiens be open to flipping Dach immediately after they acquire him? There is still some unknown with the player based on the way he played with the Blackhawks. The Canadiens would almost immediately need to make another trade (or include more pieces with salary) in the deal because Dubois’ $6 million contract would put them over the salary cap.

Kings to Trade a Defenseman?

Eric Stephens of The Athletic reports the Los Angeles Kings have nine defensemen, even without including prospects Brandt Clarke and Helge Grans. There could be a trade and Stephens lists Sean Durzi, Sean Walker and Tobias Bjornfot as possible trade candidates.

Two of them – Mikey Anderson and Sean Durzi – do not have contracts as of now. There is more than enough time for the Kings to get extensions done with both. But there is also time to consider if a move must be made to alleviate a crowded part of the team. Consider that the Kings have what CapFriendly estimates is only $1.5 million of salary cap space after shelling out more than $55 million over seven years for Fiala and $22 million over four years to retain leading goal scorer Adrian Kempe.