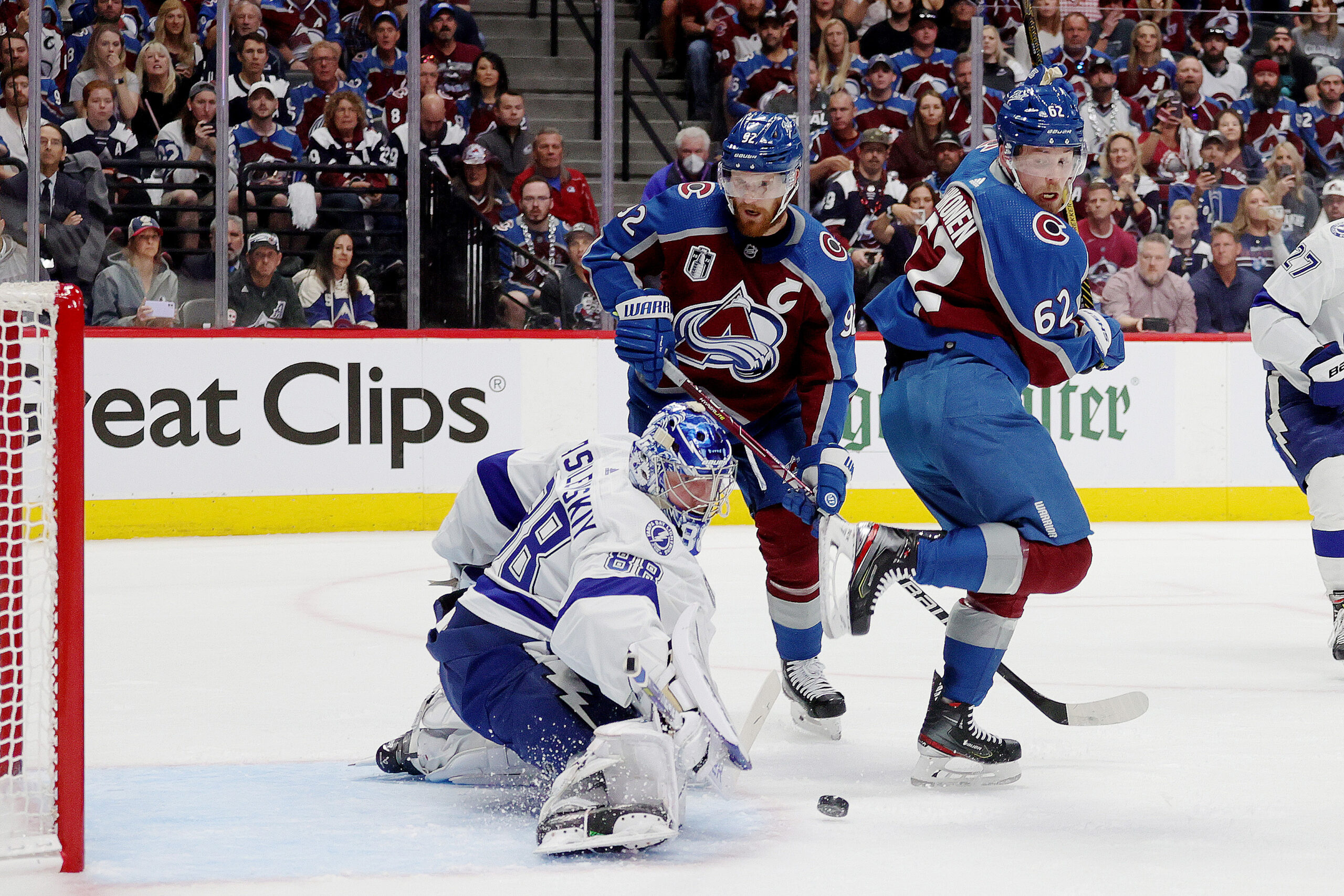 Last season when the Tampa Bay Lightning were the two-time defending Stanley Cup champions, they were always predicted among the top teams to win the Cup. “You’re the champions until someone proves you’re not,” was the mantra. When the Colorado Avalanche defeated the Lightning, they became the champs. It was a bitter pill to swallow after Tampa had experienced such a historic run the past few years. However, the Lightning are a resilient team who can certainly win the Cup again in 2022-23. To do so, they will need to knock off the current champions.

The Avalanche are similar to the Lightning in many areas. I consider them to be where the Bolts were a few years ago in their development. Let’s take a look at how these two teams compare going into the 2022-23 season.

After goalie Darcy Kuemper helped the Avalanche win their first Stanley Cup since 2001, he left the team to be the starter for the Washington Capitals. Colorado then traded for Alexandar Georgiev, who played 33 games for the New York Rangers last season, to replace him. Almost immediately after acquiring him, they signed the 26-year-old Bulgarian to a three-year contract, worth $3.4 million in average annual value (AAV). His career stats include a 2.94 goals-against average (GAA) and a .908 save percentage (SV%). Those stats are impressive, but he still spent the last few seasons splitting time with Igor Shesterkin, who won the Vezina Trophy as the best goalie in the NHL in 2021-22.

With the pressure to repeat, will Avalanche fans consider anything less than winning another Cup a failed season? Since Georgiev wasn’t with the team when they won their title, he could end up taking the blame if they don’t at least make a deep run in the postseason this year. By comparison, Lightning goalie Andrei Vasilevskiy is the reason the team has been successful and has won two titles. When his career ends, he will be among the top goalies in NHL history.

By the time the teams play during the regular season in February, Georgiev should be comfortable with his new team, as having a high-scoring offense takes the pressure off the goalie. He will also benefit from playing behind Cale Makar, who walked away with both the Norris and Conn Smythe Trophy last season.

Is Nathan MacKinnon Worth All That Money?

Avalanche center Nathan MacKinnon recently signed an eight-year contract worth $12.6 million AAV beginning in 2023-24. It’s a huge understatement to say that he was instrumental in helping them win the Stanley Cup last season. As the first overall pick in the 2013 NHL Draft, he is an explosive player. Now, he is the highest-paid player in the NHL’s salary cap era. With his teammate Gabriel Landeskog on the ice, the duo was responsible for 147 points during the regular season.

Landeskog is dealing with a lower-body injury, and his status is uncertain to start the season. The Avalanche will also have to account for the loss of Nazem Kadri to the Calgary Flames. Last season, he played the most minutes per game of his career and they will surely miss his contributions on the ice.

On the flip side, the core of the Lightning’s offense is mostly intact, minus the huge hole that Ondrej Palat once filled before signing with the New Jersey Devils. Most teams have trouble stopping their power play when Steven Stamkos, Nikita Kucherov, and Victor Hedman are surveying their options with a man advantage. What will be more interesting to see is how head coach Jon Cooper integrates Vladislav Namestnikov back into the offense, a place he played for five seasons to start his career. If he can find his rhythm with Kucherov, he could make a nice addition to the power play too.

On offense, these teams’ top two lines stack up fairly evenly. However, even though the Lightning have lost some integral players in the last few years, they still have one of the deepest rosters in the league. But, the Avalanche proved they were a little faster and more aggressive on offense during the regular season, winning both games and also their playoff series against them.

Lightning Have the Edge Over Avalanche

The Lightning and the Avalanche played a great series in last season’s Stanley Cup Final. Both teams have explosive offenses that can turn a game in their favor. Colorado’s defenseman Makar is a dominating player who scored 86 points in the regular season in 2021-22. At 23 years old, his development seems to be on the same trajectory as the Lightning’s top defensive player, Victor Hedman.

However, any time a team is compared to the Lightning, the Bolts always have the edge in the goaltending department. With Georgiev transitioning to a new team, the Lightning should dominate the goalie matchup. After all, if you stop more goals than the other team scores, you win.

However, it’s all about the Stanley Cup Final and many are predicting that these two teams will face off for a chance to win the Cup again. Remember, you’re the champs until someone proves you’re not.

Lydia Szyjka is a writer for The Hockey Writers. Growing up in Tampa, she graduated from H.B. Plant High School—never dreaming her Tampa Bay Lightning would win three Stanley Cups. She is director of communications for a Catholic university, where she is the editor of the alumni magazine. An avid hockey fan, she and her husband live in Delaware and watch every Lightning game on the NHL’s Center Ice.