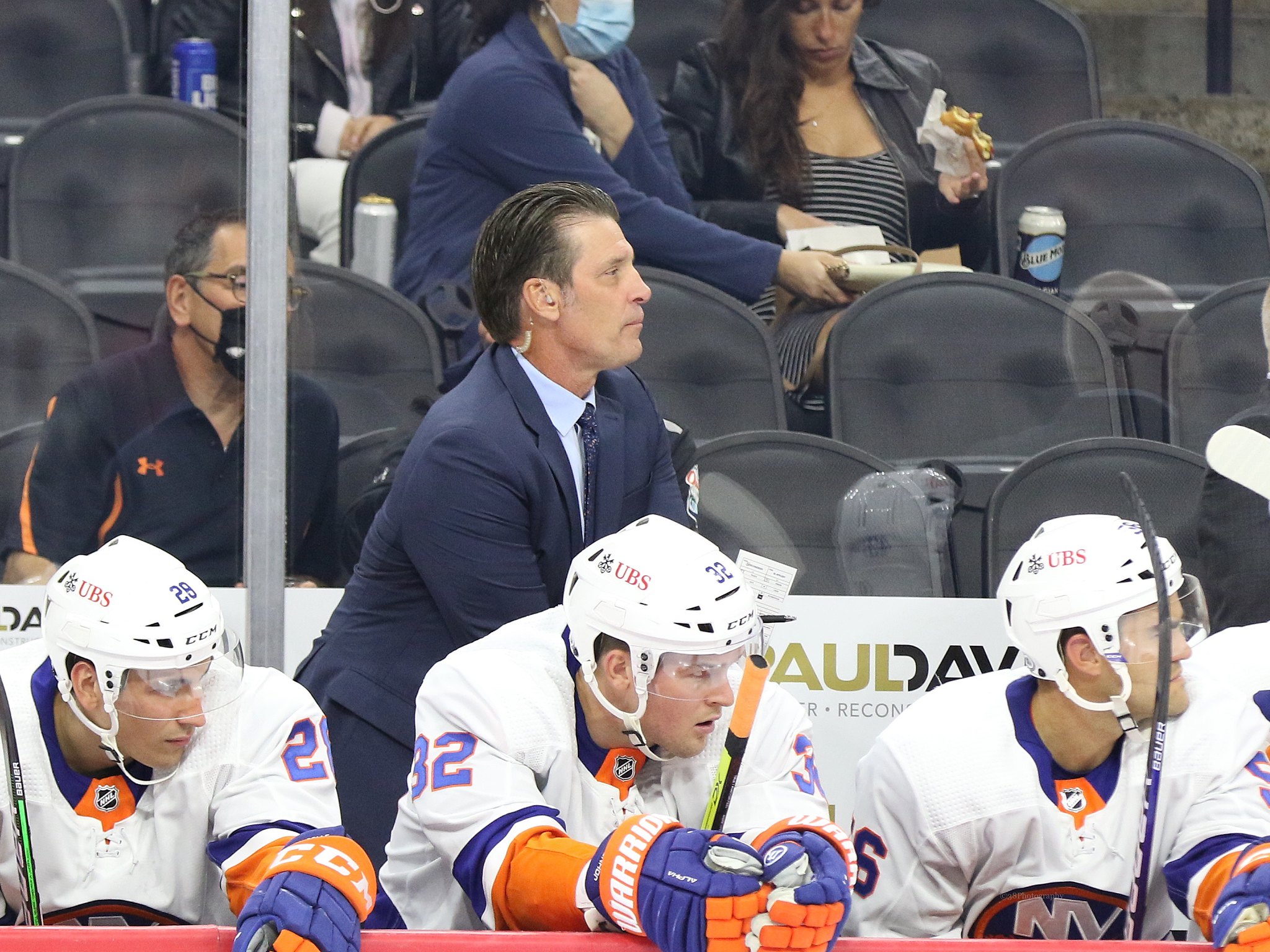 The New York Islanders dropped their second straight preseason game, 4-1, on Tuesday against the New Jersey Devils at the Prudential Center. Much like their 4-1 loss to the New York Rangers on Monday night, these losses aren’t worth overanalyzing. With that said, here’s a look at the two main takeaways from last night’s loss, which can be filed away under ”let’s see how the team progresses.”

Last season, the Islanders’ transition game needed help, as they often failed to create chemistry while regrouping in their own zone or the neutral zone. While William Dufour and Nikita Soshnikov will not likely crack the opening-night lineup in October, this is the type of play the coaching staff wants to see. Dufour’s vision, making a long pass from his own end after collecting the puck off a turnover, was fantastic. He looked up quickly and fired it towards a breaking Soshnikov, who, in the words of Butch Goring, ”made no mistake.”

“I did like his game,” Lambert said of Soshnikov following the game. “I thought he played well. I thought he moved his legs, used his speed, and he had a couple good chances, so there was certainly something to like there from him.” Having played in the Kontinental Hockey League for a number of years, Soshnikov showed his poise on the play, picking the corner past Devils’ goalie Vitek Vanecek.

Related: 3 Takeaways from the Islanders’ Preseason Loss to the Rangers

Dufour also played well in his first NHL preseason game, a dream come true for the young forward looking to make his mark at training camp. “It’s just nice to play against NHLers,” Dufour said after the game. “It’s the dream come true and playing against the older guys, it’s not just that they’re faster, but I mean, they’re bigger, they’re stronger on their sticks. I think that’s what the biggest difference tonight.”

First-time head coach Lane Lambert hasn’t had many opportunities to address the media, but after the loss against the Devils, who won their second straight preseason game, he seemed to be prepared for the questions about the back-to-back losses against their rivals. Lambert’s common theme was “game action”, referring to the lack of gameplay for many players since the Islanders’ last game in April.

It’s a fair assessment; for a team that played a lot of hockey in a short period over three seasons, having a long summer for the first time in years must have been a difficult transition. It’s tough to do anything after a long break, and the timing and awareness needed in an NHL game requires repetition to improve, something practices can imitate but not duplicate.

“Having some time off and not having any type of game action is necessary,” Lambert said in his postgame availability. “We’ll continue to build and work, and we’ll be better.” In addition to gameplay, it’s important to remember, as some others have pointed out, that some players – a good portion of which will not be on the opening-night roster – are still getting used to Lambert’s system and style.

The Islanders have four days until their next game, on Sunday, Oct. 5, against the Philadelphia Flyers at UBS Arena. In that time, the team will be able to start to finalize strategies, line combinations and develop some chemistry before playing four games in six nights to end the preseason. They have plenty to work on before the season kicks off on Oct.13 against the Florida Panthers, but in the meantime, there’s nothing to be concerned about yet.

Jon Zella is a 31-year-old, Long Island native currently living in Syracuse, NY. Outside of hockey, he enjoys motorcycles, beer, coffee, and his dog Olive.